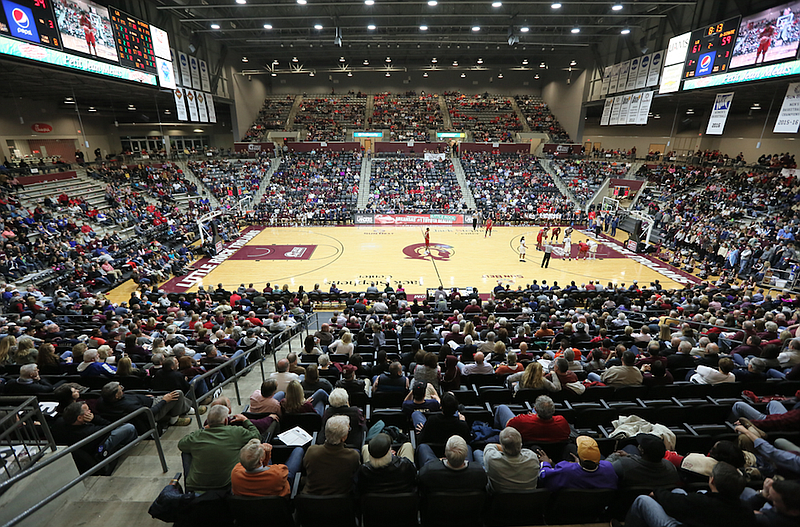 The 10-member committee, meeting virtually via Zoom, unanimously approved the Trojans' request to depart the Sun Belt Conference for the OVC, a move that will be formalized with a press conference at 3 p.m. Thursday inside the Jack Stephens Center in Little Rock. UALR Chancellor Christina Drale spoke briefly before introducing Athletic Director George Lee, who spoke for about 10 minutes before fielding questions from multiple trustees.

"[The OVC] really gives us a chance to be a part of a conference that does not have [Football Bowl Subdivision] football. ... It's men's and women's basketball that generate revenue," Lee said in his presentation. "It gives us the opportunity from that standpoint to do the things we have to do to be successful. We have to work on trying to fill the Jack Stephens Center up for our games."

UALR has been a part of the Sun Belt since 1991, but with the recent additions of four new members — Southern Mississippi, Marshall, Old Dominion and James Madison — as well an increased focus on revenue generation through football, a sport that the Trojans do not sponsor, Lee said, "[The Sun Belt] is not the same conference we joined 30 years ago."

Drale and Lee will be on hand for the Thursday announcement with OVC Commissioner Beth DeBauche.

CORRECTION: The University of Arkansas System Board of Trustees approved the Trojans' request to depart the Sun Belt Conference for the Ohio Valley Conference. An earlier version of this story incorrectly named the committee.