RESTAURANT TRANSITIONS: Bakery/cafe on the cusp for Argenta; Eat My Catfish ready for Rogers restaurant 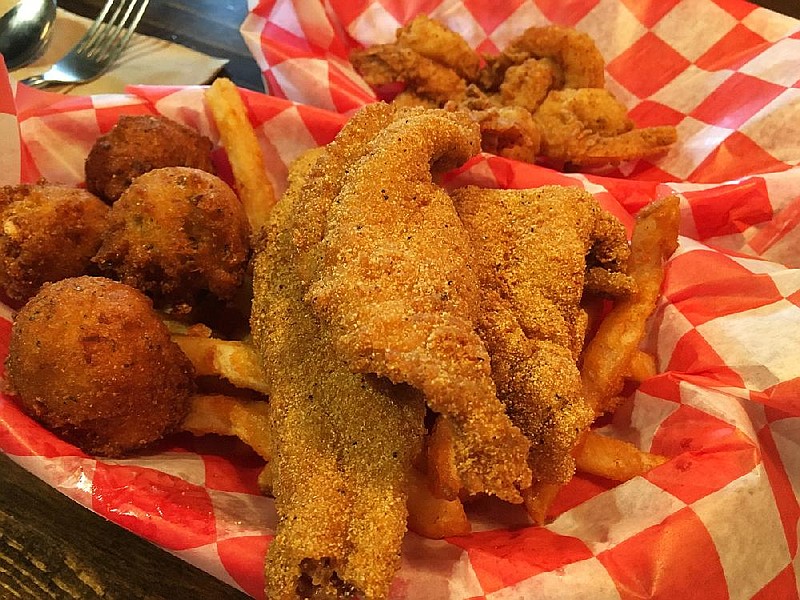 FILE — Eat My Catfish will be ready to open a Rogers location in "mid-December," according to a news release from the company.

A target opening of March or April is in store for Blackberry Market, a cafe and bakery, near the North Little Rock Chamber of Commerce, on Main Street in the Argenta district. Husband and wife team Peter and Whitney Loibner are listed on the incorporation papers as manager and incorporator/organizer, respectively. His sister, we're told, operates two existing cafes in the Chicago suburbs of Glen Ellyn and La Grange, Ill. We're still trying to chase down an actual street address and other details. But you can check out the menus — baked goods, a range of breakfast options, soups, salads and sides — at blackberry.cafe.

We're still not sure just what is going on at Rosalia's Family Bakery, 2701 Kavanaugh Blvd. in Little Rock's Hillcrest. It closed in mid-November with notices on the door, the website (rosaliasfamilybakery.com) and the Facebook page (facebook.com/RosaliasFamilyBakery)-- that "Something new is brewing!" The explanation: "We are working on a new concept and excited to soon share [it] with the Hillcrest community. It will be fast, fun, and delicious!" Calls to (501) 319-7035 go unanswered.

We reported a few weeks ago that the folks who run Eat My Catfish had been teasing a new location set to open before the end of the year. Well, now we know where: 2011 S. Promenade Blvd., near Pinnacle Hills Promenade in Rogers. It'll be the mini-chain's seventh restaurant and the third in Northwest Arkansas. A news release set the target opening date as "mid-December." Hours in all stores are 11 a.m.-8 p.m. daily. The phone number is (479) 616-1008; eatmycatfish.com.

Newsweek and global market researcher Statista rank the nation's restaurant chains on a basis of a survey of more than 4,000 customers and employees of U.S. restaurant chains from August to September. The survey came up with 220 favorites. Categories included Chinese, Italian, Tex-Mex, BBQ, Burgers, Chicken, Coffee and Tea or Baked Goods, Ice Cream and Frozen Yogurt, Juice and Smoothies, Noodles and Ramen, Pizza, Sandwiches, Seafood, Soup, Steak and Sushi. See the list and rankings at tinyurl.com/mr2hs92e.

And we're making a list, and we'll be checking it twice — Dec. 16 and 23 — of places that will be open on Christmas Day or are offering advance Christmas dinner prep. If you would like to put your establishment on that list, please contact us ASAP via the email address below.