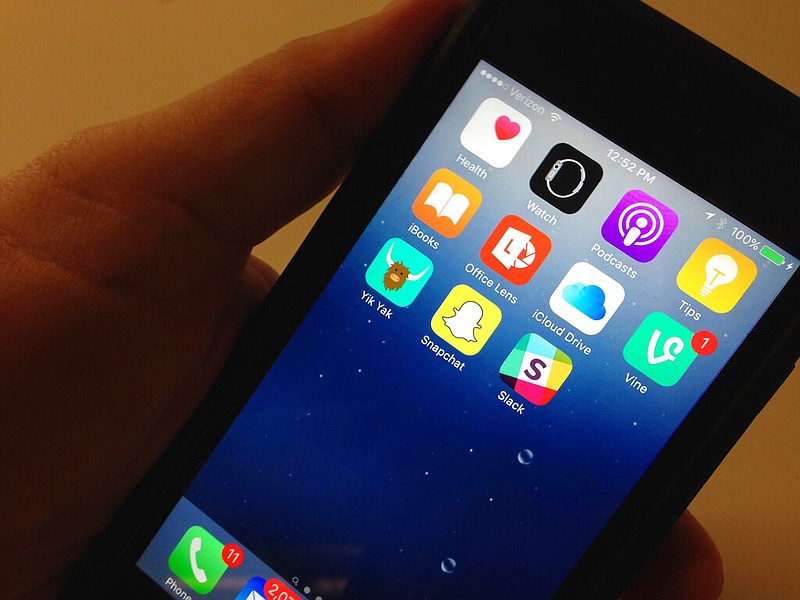 The Yik Yak app (lower left) is seen on an iPhone in Washington in this Nov. 11, 2015, file photo. Users of the social media app value it for its anonymity, but arrests linked to the app prove that those users aren't as anonymous as they believe. (AP/Ronald Lizik)

White Hall police and the Federal Bureau of Investigation are looking into social media content that led to the arrest of three students at White Hall High School on Thursday.

According to a statement from the White Hall School District, the students were arrested for "content placed on their personal social media platforms." White Hall Police Chief Greg Shapiro said state and federal law enforcement officials notified his department of social media threats posted on the app Yik Yak.

"The threats were possibly involving the White Hall High School," Shapiro said in another release. "An investigation was immediately initiated."

School officials and authorities did not disclose exactly what was posted.

School resource officers and criminal investigators from White Hall Police identified the students but did not name them, according to Shapiro. Police confirmed all were minors, adding the teens were taken into custody without incident from White Hall High.

"Their parents were notified, and all involved cooperated with the investigation," Shapiro said. "During the course of the investigation, no weapons were located and no present or future threats to the school's security were identified."

School officials did not elaborate on the nature of the content and deferred questions to authorities, citing student privacy. The district said, however, the students will not return to campus, and the district is cooperating with local police and the FBI.

"The White Hall School District will do everything necessary to ensure the safety of our students and staff," the district release read.

Shapiro added the cases have been referred to juvenile court, although the investigation is ongoing.

"The WHPD takes threats to our school's [sic] seriously and will exhaust all resources available to maintain the safety of our White Hall School District students, staff and faculty," Shapiro said.