Duggar outspends others in Senate special election in Washington County 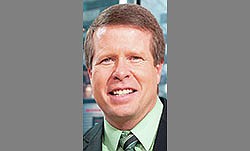 Jim Bob Duggar's campaign spent more money in special primaries for state Senate District 7 than any other candidate who reported his spending in the race, the Republican's state campaign finance report from Oct. 1 through Dec. 6 shows.

Six candidates are running in the Dec. 14 special primaries to fill the vacancy left by the Oct. 28 resignation of Sen. Lance Eads, R-Springdale. Four candidates are in the Republican primary and two in the Democratic contest.

Early voting began Monday and ends at noon this Monday. A runoff, if needed, is set for Jan. 11. Anyone who votes in the Democratic primary won't be eligible to vote in a Republican primary runoff. The special election between remaining candidates is Feb. 8.

Five of the contenders' campaign finance reports were available on the Arkansas secretary of state's website or were sent to the Northwest Arkansas Democrat-Gazette upon request.

Democratic primary contender Derek Van Voast of Springdale referred questions about campaign finance and a request for his report to his accountant, who had not returned messages left Thursday and Friday as of 5 p.m. Friday.

Democratic candidate Lisa Parks of Tontitown, an attorney, reported $27,199 in contributions, $12,085 in spending and had $15,114 in cash on hand, according to the secretary of state's office records.

The Duggar campaign had spent $37,631 as of Monday while campaign revenue included $25,000 in loans from Duggar, the filings show.

The bulk of the Duggar campaign's money spent so far -- $25,835 -- went to advertising with the rest going to other expenses such as the Republican Party's $7,500 filing fee. His campaign had $21,875 in cash on hand Monday with $34,510 in contributions. Duggar is a former state representative and commercial real estate investor.

Republican primary candidate Colby Fulfer, chief of staff for the city of Springdale, spent $25,571 in the same time period, his campaign's report shows. Contributions to his campaign came to $16,500 by Monday and a $20,000 loan from Wilkins Homes Inc. of Springdale for a total of $36,500. All his campaign spending reported was for his filing fee and a direct mail campaign managed by the Capitol Consulting Firm of Little Rock.

Fulfer entered the primary's final week with $10,929 on hand. The secretary of state's website shows he filed a report there, but the link fails to load correctly. Fulfer provided his report on request.

Robert "Edge" Nowlin of Fayetteville, Republican and retired IBM engineer, reported total campaign funding of $20,000 in loans by Nowlin, but no contributions. He reported $9,017 in spending, mostly for advertising.

Steve Unger of Springdale, a retired U.S. Navy captain, raised $10,518 in contributions and also received $10,448 in loans to his Republican campaign for a total of $20,966. The loans were from Unger. He reported $18,429 in spending and had $2,538 in cash on hand. The spending was mostly for advertising and his filing fee.

The existing boundaries of Senate District 7 include most of Springdale and Johnson plus southern Tontitown, all of Goshen and Elkins and eastern bits of Fayetteville. The district stretches to the eastern border of Washington County and touches both the southern and northern county lines.

The state has 35 Senate districts. State senators serve a four-year term and receive a base salary of $42,428. They also receive per diem and reimbursement for expenses.

Early voting at the Washington County Courthouse continues Monday from 8 a.m. to 4:30 p.m.

Polling places on Tuesday are:

• First Baptist Church of Elkins, 1960 N. Center St., Elkins (This is a change from the Elkins Community Center)