Nerves not a factor for Wildcats' Smith 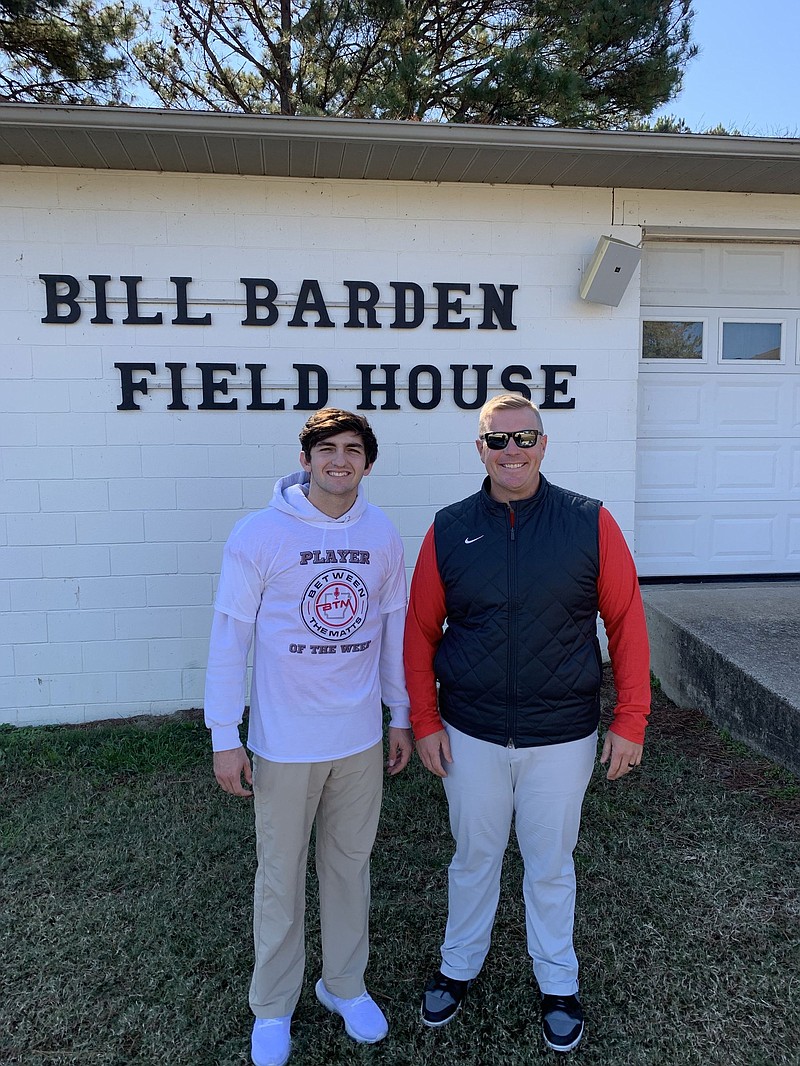 For all the success Kade Smith has had this season, two of his coaches point to the same moments when asked about their quarterback's character.

Although Harding Academy has notched another 10-plus win season, both Wildcats Coach Neil Evans and offensive coordinator Will Francis remember Smith's response to the Wildcats' losses to Valley View and Eads (Tenn.) Briarcrest early in the season.

"I've never seen anybody handle that moment better, right there in that moment, but also in the weeks coming," Evans said in reference to the Valley View loss, with Francis adding that Smith took both games in stride, and that, "There's not a nervous kind of bone in his body."

The nerves, or lack thereof, don't figure to change for Smith -- a first-year starter -- when he and Harding Academy (12-2) take the field at War Memorial Stadium in Little Rock for a chance at the Wildcats' third consecutive Class 3A title today.

Smith, who took over at quarterback for two-year starter Caden Sipe, has picked up right where Sipe left off, commanding the Wildcats' offense and generating big numbers, passing for 2657 yards and 24 touchdowns. He's also rushed for 462 yards and another 15 scores. But bigger than that, in his coach's eyes, is the quarterback's nerves of steel.

"Kade is an anomaly," Evans said. "Kade is the antithesis of me. I could never ever, ever, ever, ever do what Kadee does, because I'm usually a pretty nervous individual. And Kade is the perfect person to step into this moment. I could not dream up a better candidate to follow Caden Sipe than Kade Smith."

The level head of Smith is something that spans across three sports. It's something Harding Academy basketball Coach Trey Jameson and baseball Coach Shane Fullerton have seen in their time coaching him.

"It's almost to the point where you're like, 'Is he locked in?' But I've learned as I've been around him that he's always locked in," Jameson said. "That's just kind of how he is."

While Fullerton has coached Smith the past couple seasons, he's known him since he was in elementary school, because Smith's father, Ryan Smith, pitched for Fullerton at Harding University.

Fullerton said he knew from a young age that Kade would be a standout athlete, and though he didn't know it early on, he said he's not surprised by the quarterback's ability to make intense situations calm, or calm situations intense.

Kade Smith said a lot of his mindset stems from playing on big stages from a young age. He remembered pitching in front of a crowd of thousands in Cooperstown, N.Y., at 12 years old, and said it's been downhill ever since.

"I just don't really let it get to me," he said. "I know that I'm really prepared going into every game, and I know that no matter how I do each game, I'll keep getting better and better."

Smith, who has committed to play baseball at the University of Arkansas, attributed a lot of his mindset to his experiences with baseball as well.

"Baseball is one of the most mentally exhausting sports, because you fail 70% of the time," he said. "You just can't really think about it. And if the more you think about it, the worse you do, and I've learned the hard way."

While becoming accustomed to working through the bad times, Smith said he does remember those two early-season losses that stuck out to his coaches, and his confidence hasn't wavered since.

"We just didn't know if we would be able to prove ourselves, but after playing those games and playing those games really tight, against the better competition, we knew that we were going to have something special this year," Smith said. "Now hopefully we can finish it."

Print Headline: Nerves not a factor for Wildcats' Smith