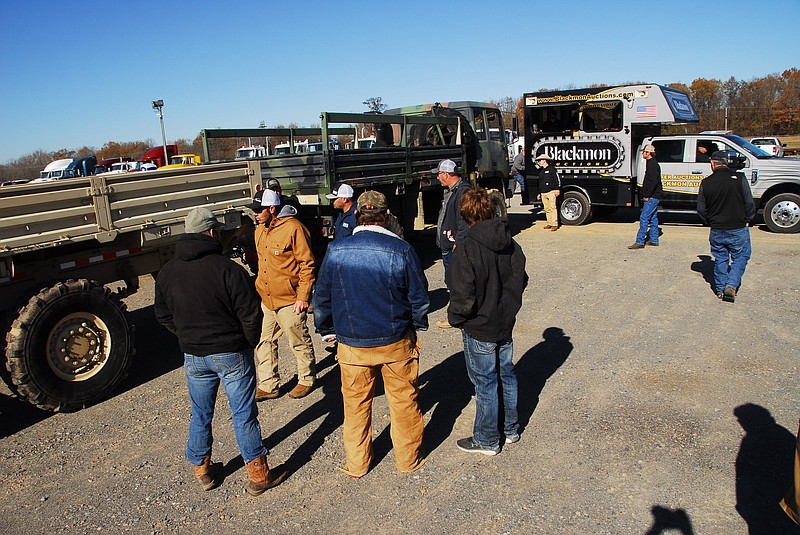 Bidders check out a surplus military truck and trailer on the auction block Wednesday at the Blackmon Auctions’ Arkansas Auction Complex in Lonoke. (Arkansas Democrat-Gazette/Noel Oman)

Blackmon Auctions has less product to sell these days, but the third-generation business has enjoyed a banner year, according to Thomas Blackmon.

"It's probably the best we've had in 20 years," said Blackmon, the founder's grandson who has led the company for all of those years and six more.

Blame the incongruity on the supply-chain disruption caused by the covid-19 pandemic. While the auction company has fewer products to sell to the highest bidders, the products it does bring to market are in demand, he said.

"There's a severe lack of supply right now," Blackmon said. "It's not getting any better. It's hard to get good equipment. This is the normal for the next 18 months."

One day last week, the 73-acre lot off Interstate 40 in Lonoke County the company owns was dotted with an assortment of big-rigs, trailers, work trucks and heavy equipment as part of the company's general end-of-the-year annual auction open to anyone who wants to sell something.

Often, Blackmon says, it is a company which doesn't want to be stuck with inventory that could be taxed starting Jan. 1. The buyer might be a company that made money and wants to buy some equipment to help offset taxes, he said.

[Video not showing up above? Click here to watch » arkansasonline.com/1212auction/]

Blackmon spent most of the day perched in a company truck that slowly drove down the line of sale items, stopping at each one to allow Blackmon or another auctioneer, Bill Hartnedy, to conduct the auctions with the help of at least three auction assistants, or ringmen, throughout the day.

In the past, it could take three days to auction everything available, Blackmon said. Big rigs lined up in a long row across the expansive yard. Same with trailers, work trucks, heavy equipment. This time, there is just a handful of each.

Among those attending in person was Scott Franco of Hot Springs, who lists his occupation as a forestry mulcher. He stood off from the main crowd, watching the action, a pen and list of auction items in hand.

He was looking for a mini excavator, among other things.

"There is no mini excavators," he said. "There was one small dozer. No Bobcats. No one's letting loose of anything because they can't replace it."

The unique economic conditions proved a surprising boon to the Arkansas Department of Transportation. It has enlisted Blackmon for the past seven years to hold auctions for its surplus equipment.

Because of the pandemic, no auction was held last year. Throw in the supply chain disruption, which has hit the automotive industry hard, and it formed the "perfect storm," according to Blackmon.

Typically, an agency pickup is six to eight years old and has amassed anywhere from 150,000 to 200,000 miles, he said. The department has about 1,100 pickups in its stable, spread throughout its 10 highway districts, its central offices and statewide units.

Many are assigned to the agency's construction inspectors, who are required by federal law to monitor the various stages of construction on road and bridge projects throughout the state that are paid for, in part, with federal money.

Nationally, it is a seller's market for vehicles, according to Brenna Buehler, a senior public relations manager for Kelley Blue Book, a vehicle valuation and automotive research company based in Irvine, Calif.

The increase in prices for used pickups was smaller, but those vehicles tend to be more expensive than cars. Figures Buehler provided said the transaction prices for used mid-sized and full-sized pickups have gone from $32,666 in December 2021 to $40,942 this month, a 25,33% increase.

The Transportation Department's trucks fetched nowhere near that amount, but the difference in prices between the 2019 auction and the 2022 auction was striking. Where two years ago, the average price of its pickups at auction was $4,900, this year it was $9,700, according to Keene.

"A 100% increase," he said. "That wouldn't hold across the board, but it's a pretty good indicator."

The department's overall haul was significantly higher than expected.

Instead the agency received $3.6 million, he said. The auction earned Blackmon $231,929.40, which represented its 6% commission.

In 2019, the auction netted the highway department about $1.4 million.

"We knocked it out of the park," Keene said. 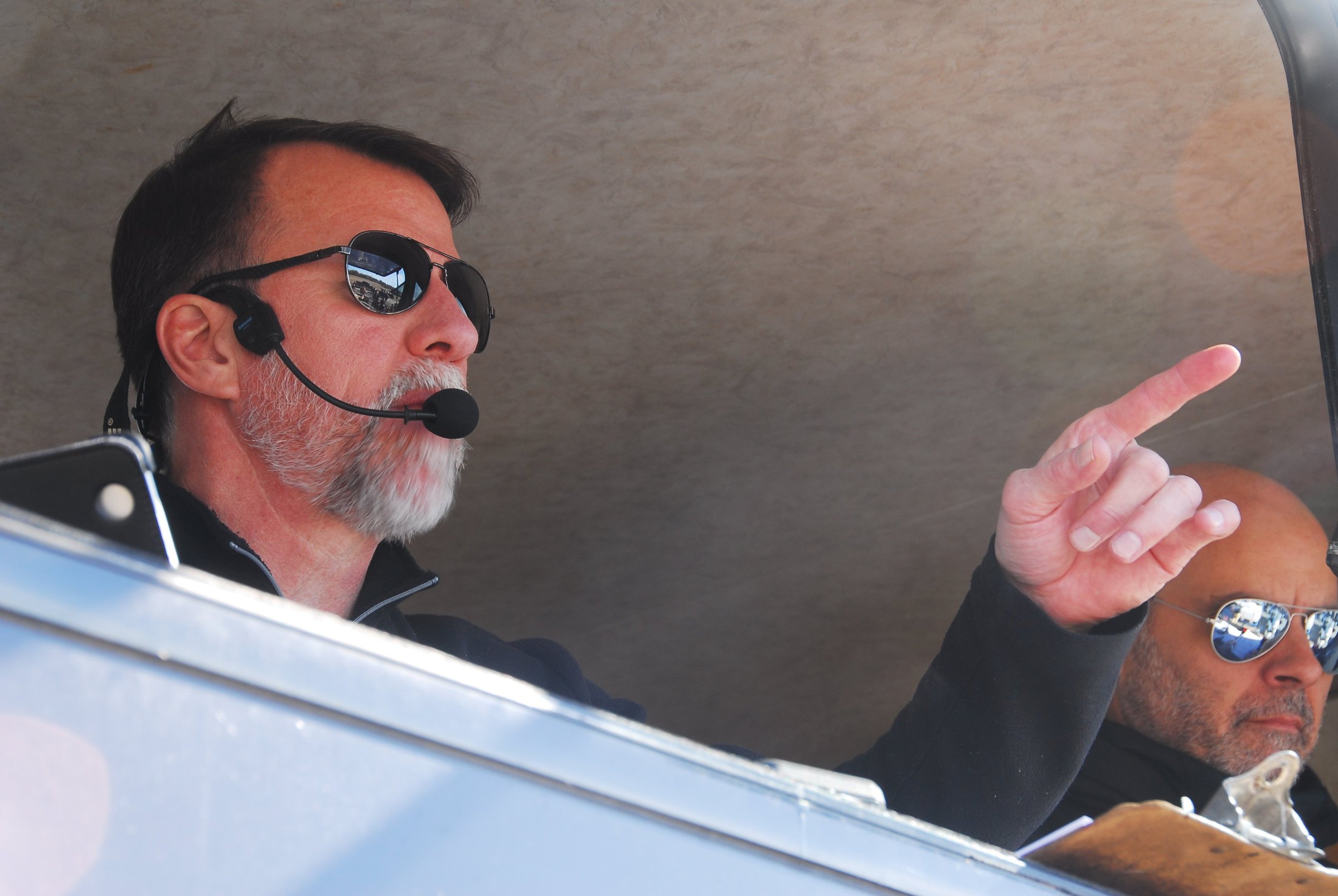 An auctioneer for Blackmon Auctions calls for bids Wednesday at the Blackmon lot. (Noel Oman/Arkansas Democrat-Gazette)