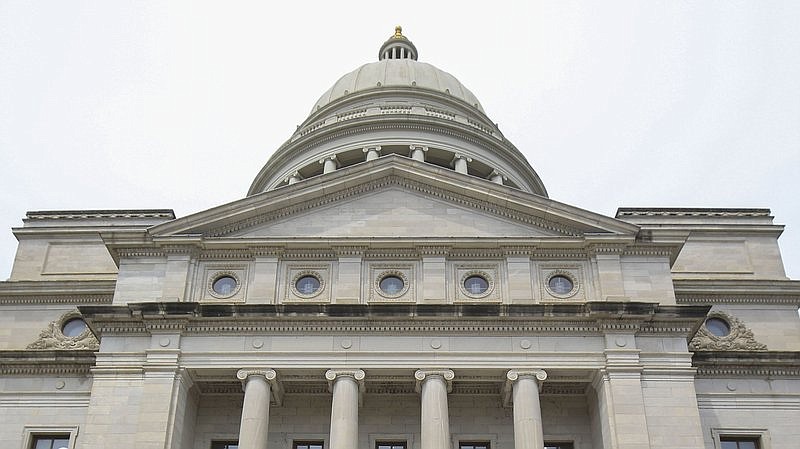 The state Capitol is shown in this file photo. (Arkansas Democrat-Gazette)

More candidates have emerged for legislative races throughout Arkansas in the past week, some challenging incumbents and others announcing their bid for seats without one.

The filing period for state candidates begins Feb. 22 and the primary election is May 24.

The general election is Nov. 8 next year.

Republican Brandon Achor last week announced his bid for House District 71, a district that covers most of Maumelle and is bordered to the south by the Arkansas River and Crystal Hill Road. The district will not have an incumbent; it covers much of the area Rep. Mark Lowery, R-Maumelle, currently represents. Lowery was drawn into an adjacent district, but he is running for secretary of state.

Turchi is an opponent of vaccination mandates and school mask mandates amid the coronavirus pandemic. In posts on her political Facebook page, she expresses support for school choice and banning the teaching of critical race theory.

Hudson, an attorney and veteran caregiver, said in November she would seek a second term in the Legislature. The district was the only one in the state to flip from Republican to Democrat in 2020.

In Faulkner County, two justices of the peace have announced they will run for two different House seats.

Rose Roland, who was first elected to represent District 5 on the Faulkner County Quorum Court in 2018, has announced a Republican bid for House District 54, which includes southwestern Faulkner County, Perry County and parts of Yell, Pope and Saline counties.

Roland, a sister of Rep. Stephen Magie, D-Conway, said she wants to work to reduce taxes and make Arkansas more business-friendly. Her priorities include fiscal responsibility and supporting law enforcement, she said.

The incumbent in that district is Rep. Mary Bentley, R-Perryville, who is seeking reelection. Roland said she aligns with Bentley on social issues but differs on business-related ones.

Brown was elected to represent District 8 on the Quorum Court in 2020. He has a record of standing for conservative values in his district, he said in a news release.

"I have supported and voted for limited government, lower taxes, backed our law enforcement, and voted to make Faulkner County a pro-life county," he said.

He added that he would always oppose any encroachment on the constitutional right to bear arms.

A second Republican, attorney Chris Corbitt, previously told the Arkansas Democrat-Gazette that he also plans to run for House District 55. Rep. Spencer Hawks, who lives in that district, is running for state Senate in 2022.

Jackson County Justice of the Peace Wayne Long said in his announcement he is running because he "can only do so much for the cause of Liberty" on the Quorum Court.

"As you can see on the news everyday our Liberty is now under constant attack. We can no longer afford to elect representatives who are blown to and fro by the ever changing winds of political correctness," he said.

He said he believes the district needs a strong conservative who will fight for limited government and lower taxes, pushing back against President Joe Biden's administration.

Independence County Judge Robert Griffin announced his candidacy in a news release last week, saying he will focus on issues including better education, rural broadband and taking care of farmers and homeowners through fewer regulations and lower taxes.

"As County Judge, I have a proven conservative record of transforming how government operates," he said, touting his work to retire debt and streamline the county's budgeting and expenditure process. "I have the experience and record of governing with common-sense as a constitutional conservative."

Christiansen, who was first elected to the House in 2018, said by phone Friday he would seek reelection and that both Long and Griffin are fine men.

"I believe I have been responsible and honorable for and to our constituents," he said. "I believe that I have worked very hard and have had some good effect."

Further north, Rep. Michelle Gray, R-Melbourne, said Thursday that she would likely not seek reelection to the district she lives in, House District 28. The district covers parts of Stone, Independence, Sharp and Lawrence counties.

Editor's note: Information for this article was drawn from news releases, news tips, local news sources and social media. Some candidates may not have come to the attention of this newspaper as of Friday. A previous list of candidates was published Dec. 5. Announcing for statewide, congressional or legislative office? Email capitol@arkansasonline.com.