Man sentenced to 12 years in prison for sexually assaulting girl 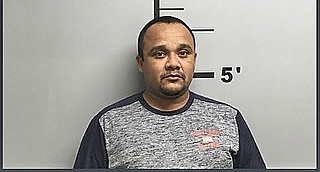 BENTONVILLE -- A man admitted Monday to sexually assaulting a 12-year-old girl more than 19 years after he failed to show up for his original court date.

Ricardo Jaramillo-Guillen, 38, pleaded guilty Monday to sexual assault. He was originally charged with rape but agreed to plead guilty to the lesser charge under a plea agreement.

Jaramillo-Guillen was arrested in February 2002 and later charged with rape.

The girl told authorities she was visiting a friend Feb. 1, 2002, and Jaramillo-Guillen raped her in the bathroom of the house, according to a probable cause affidavit.

Jaramillo-Guillen told officers he was at the home when the girl visited, but he denied having any sexual contact with the girl, according to the affidavit.

He admitted in court Monday to sexually assaulting the girl.

He will be required to register as as sex offender. He must enroll in and complete a sex offender treatment program.