TELEVISION: Will Smith faces nature in 'Welcome to Earth' 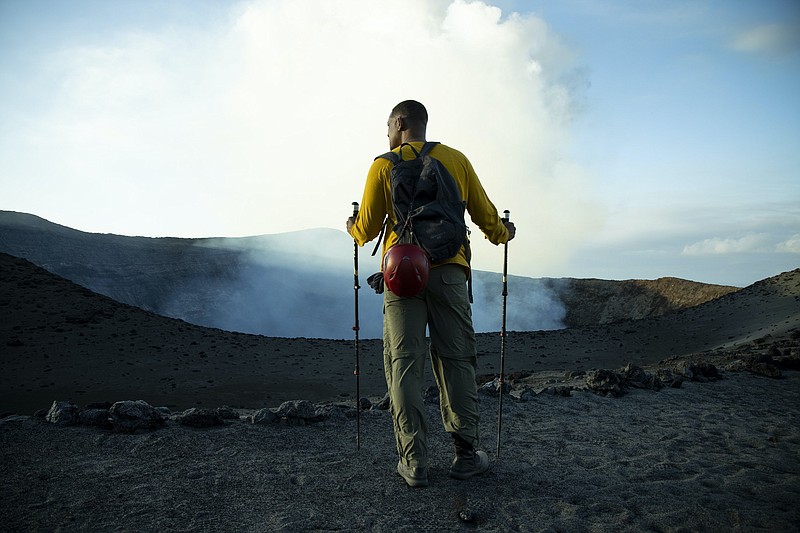 Will Smith takes in the scenery in the National Geographic nature series “Welcome to Earth.” The show airs on Disney+. (Disney+ via AP)

NEW YORK — Will Smith rappelled into a live volcano and kayaked down an Icelandic whitewater river for his latest project. But he wasn't making an action movie. It was personal.

Smith, a Hollywood leading man who admits that he's far from outdoorsy, has put himself in danger's way while filming "Welcome to Earth," a kinetic Disney+ original series from National Geographic. He was intimidated, but that brought clarity.

"It's really difficult to enjoy things if you're scared," he says. "I think the ability to see how beautiful things are is directly connected to your openness to it, and fear closes you down."

The six-part series that debuted Wednesday finds the "I Am Legend" star donning scuba gear to dive in an underground lake, crossing a raging, crocodile-infested river on a rope and sitting still in the stifling Namibia desert to capture a lizard eating a bug.

Throughout is Smith's authenticity, sweetness and humor. "Damn, that's a crunchy bug," he says at one point when the lizard strikes. After making a difficult crossing that surprises even him, he notes: "In a movie, my stunt man would have did that."

A self-described West Philly boy who says he was once scared of everything and hated water, Smith learns to read the rapids while whitewater rafting, rescues turtles near the Great Barrier Reef and goes 3,000 feet (914 meters) below the sea in a deep-water submersible.

Smith, 53, says the series came at a time in his life when he was opening up to nature. "Of course, I got to do it the way I got to do it, and it's the way National Geographic does it," he says, laughing. "That part works really well with my personality."

Albert Lin, an engineer and explorer who has uncovered lost cities previously for National Geographic, was stunned to find that Smith was able to control his fears even in the face of real danger. 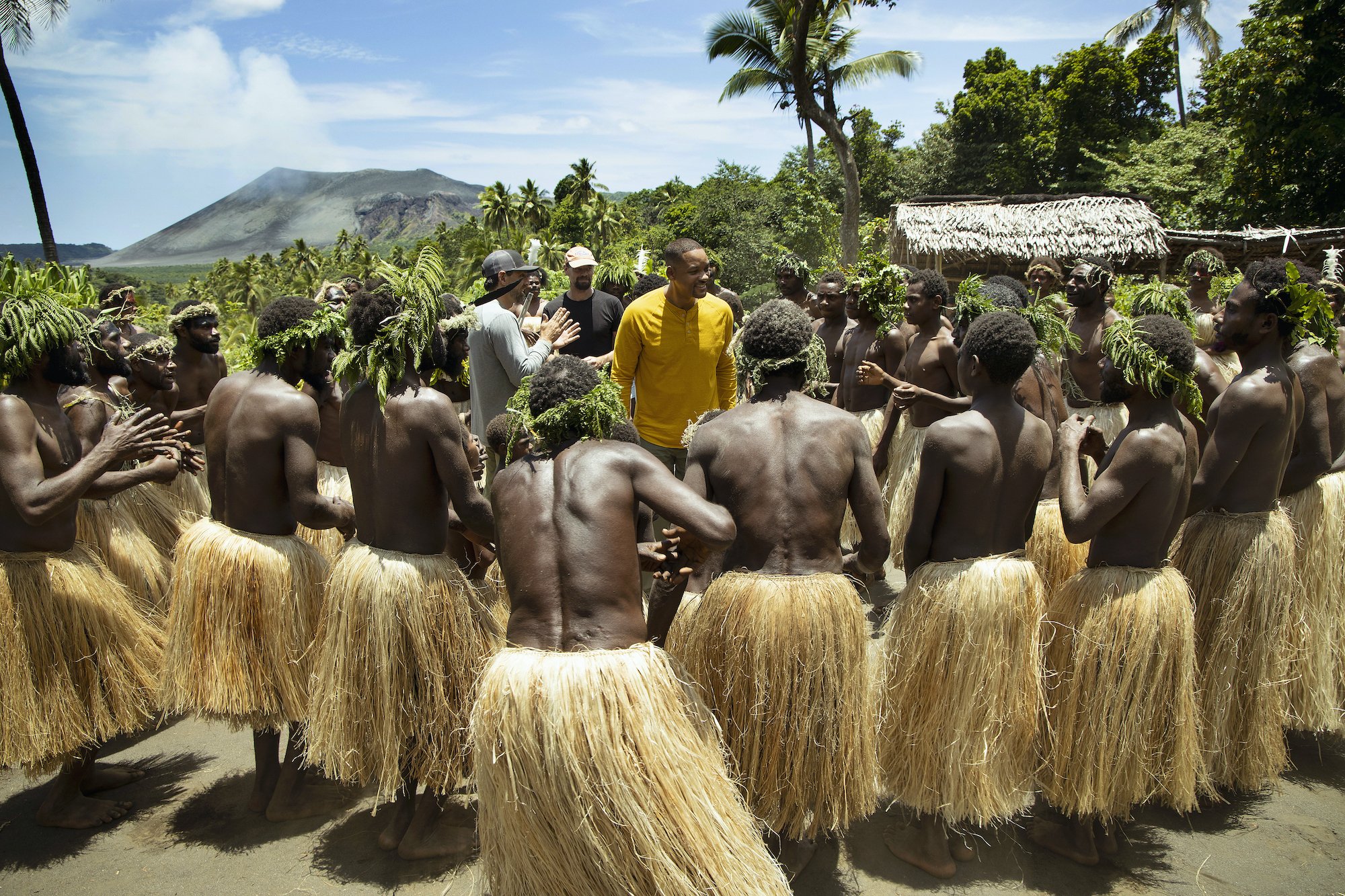 Will Smith, background center, is surrounded by locals in a scene from the National Geographic nature series “Welcome to Earth.” (Disney+ via AP)
While scuba diving in the underground lake in Namibia, Smith had trouble with his buoyancy and Lin watched him "dropping at a rate that felt like maybe we wouldn't see him again." But Smith was able to control his mind and grapple with the situation.

"I respected Will Smith, the actor, before, but now I definitely have grown to truly respect Will Smith, the human being," says Lin, who grew up watching Smith in "The Fresh Prince of Bel-Air" and was overjoyed to go camping and exploring with him.

"This really was a personal journey for him," adds Lin. "He just wanted to know what was on planet Earth and feel it and really push himself." And if the worst happened and Smith perished in that cold lake? "If I had lost him there, I think I would have just stayed back there myself."

Produced by Oscar-nominated filmmaker Darren Aronofsky, the series carries on the tradition of National Geographic pushing the exploring envelope and embracing the latest in technology to help us understand our world.

"I hope that this becomes a portal for so many people out there to just get a sense of absolutely how incredible our planet is," says Lin. "The way that the old magazines — the old yellow-bordered magazines — used to do it for a lot of us growing up, I hope this becomes something of that caliber and is meaningful to others. To me, that would feel like mission accomplished."

Part of the series' sense of freshness comes from the fact that Smith — who hopes to do another set soon — isn't told what the plan is on a particular day out in the wilderness. "When I hit the ground, I have no idea what we're doing," he says.

"My job now is to see it and feel it and understand it. You know, it's making this phase of my life that much more enjoyable and opening me up to wonder and awe in a way that is just absolutely delightful."