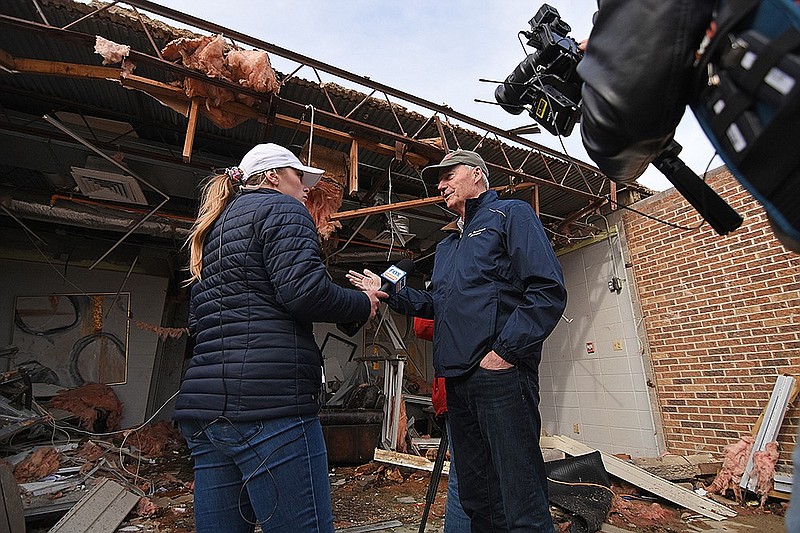 Gov. Asa Hutchinson answers questions from Hunter Davis, a Fox News reporter, on Saturday, Dec. 11, 2021, inside of Monette Manor after a tornado tore through the town of Monette the night before. (Arkansas Democrat-Gazette/Staci Vandagriff)

The state is giving $10,000 to aid relief efforts in Trumann after tornadoes damaged about 200 homes in the city last week, Gov. Asa Hutchinson announced Thursday.

Hutchinson said the money will go to immediate recovery efforts, which are currently being led by volunteers.

“I’m very impressed. I toured some of the damaged areas and you can see that they’ve made great progress in debris removal and clearing the streets so it’s nice to be able to thank the volunteers and applaud all the volunteer effort here,” he said.

The money comes from the state’s disaster relief fund, which the governor said he has been hesitant to dip into while he waits to see whether the state will meet the threshold for federal aid.

Representatives from the Federal Emergency Management Agency arrived in Arkansas on Wednesday to assess the damage. Hutchinson said he expects to know whether the state will qualify to request federal aid by the end of the week.