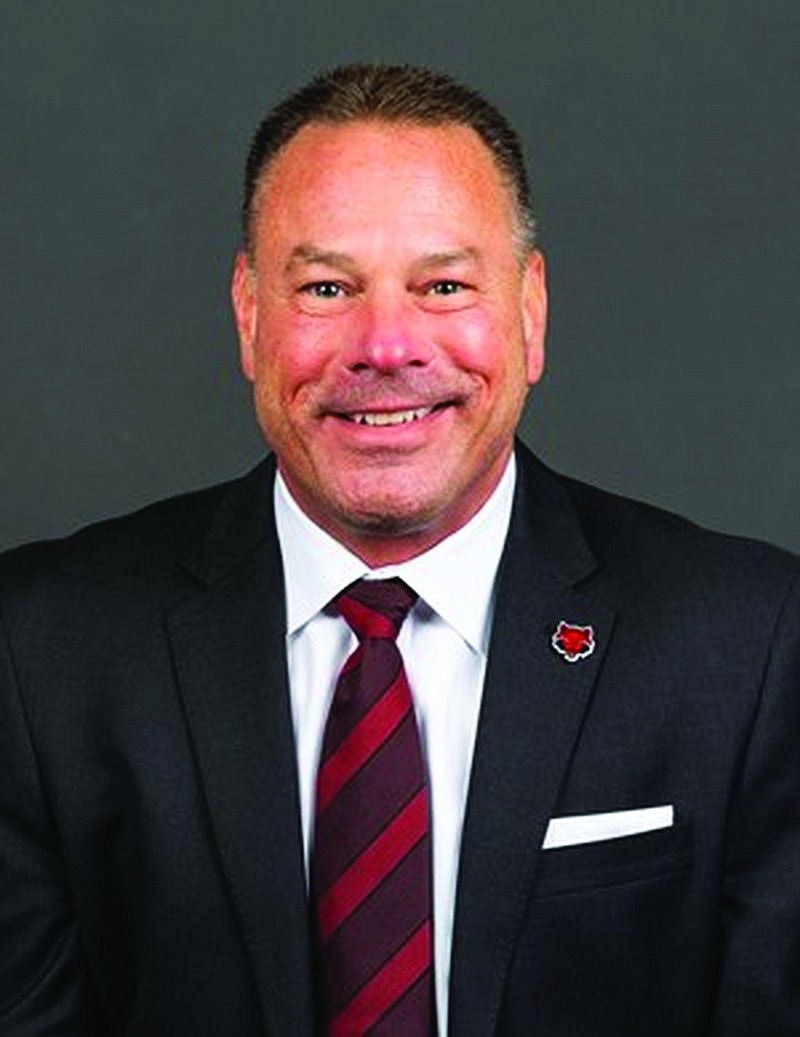 ^ transfer with four years of eligibility

Spencer Grubbs, the Red Wolves' director of scouting, strode toward the podium with a white card in his hand.

Jones turned, interrupting himself midstream while answering a reporter's question.

"Is it good news or bad news?" Jones asked.

Grubbs broke into a little smile. "We've got one more coming in," he said.

ASU's late-day addition of 3-star defensive end Keyron Crawford -- beating out Iowa for the Memphis native -- was the final piece of the Red Wolves' haul as the early signing period opened Wednesday.

ASU signed 18 players, 14 of which were high-school prospects, and Jones' 2022 crop received the highest grade from both 247Sports and Rivals ever given to a Red Wolves signing class.

As of Wednesday evening, Rivals ranked ASU's 49th nationally and 247Sports had the Red Wolves' class at 65th -- both placing the class first among Sun Belt Conference teams. In the national rankings, ASU was right behind the likes of Oregon and Northwestern but ahead of Wisconsin, Duke and UCLA. The only Group of 5 programs with higher average prospect ratings were Central Florida, Cincinnati, SMU, Houston, Louisiana-Lafayette and Memphis.

Compare that to last year, when the Red Wolves were in the middle of the Sun Belt pack and not even in the top 100 classes nationally, per both sites.

Of course, it helped Jones' media availability this time around wasn't doubling as his formal introduction in Jonesboro.

"Time [was the biggest difference]," Jones said when asked to contrast his first two classes. "Just the ability to really evaluate, the ability to build relationships, build trust. ... It's teaching the coaches and having an evaluation system and kind of a step-by-step process in how we recruit.

"To have a full year underneath us, the evaluation systems and then having a specific profile for every position from measurables to intangibles. ... That is instrumental in assembling a class and having that consistency."

On top of the five high schoolers that will be mid-year additions -- offensive lineman Saidou Ba, quarterback Jaxon Dailey, tight end Miller McCrumby, cornerback Ahmad Robinson and running back Mike Sharpe III -- ASU grabbed four players from the transfer portal, three of whom will be with the program in the spring semester.

Most notable from that group is defensive end Blayne Toll, who enrolled for the mini-session this fall.

A Hazen native and once the state's third-ranked player in his class, Hazen initially signed with Arkansas in 2020 before transferring to Colorado after one season.

Although Toll had already used his one-time free transfer, the 6-6, 245-pounder left the Buffaloes just three games into the 2021 season, preserving all four years of eligibility and getting to Jonesboro in time to complete two semesters in order to be able to play next fall.

With Joe Ozougwu now graduated, Jones said he expects Toll -- having seen him practicing with the Red Wolves much of the fall -- to be an immediate contributor, perhaps slotting into Ozougwu's spot opposite Kivon Bennett.

"When [Toll] entered the portal, he called us right away and said, 'I want to go home,' " Jones said. "To get a player of his stature in our program is exciting and we've all said it, we need to get better on the lines of scrimmage."

Jones said he'll round out his class when the regular signing period rolls around in February, with the potential of another incoming transfer or two.

As much as he'll be courting those final recruits, ASU's incoming prospects will help in the task, just as they've already done with one another.