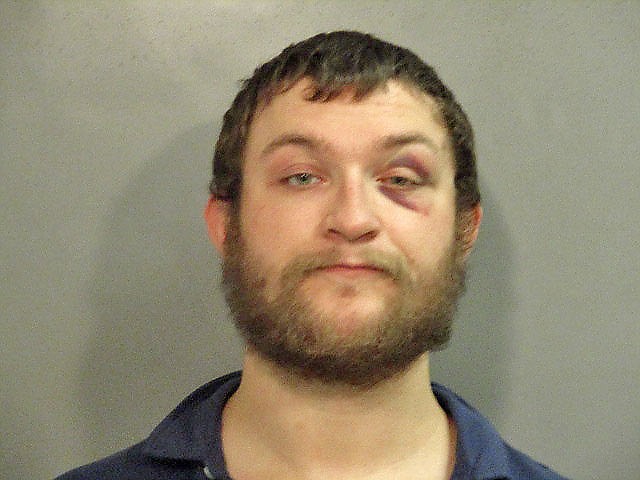 FAYETTEVILLE -- A Fayetteville man faces a charge of second-degree murder in connection with the Aug. 29 death of his 4-week-old daughter while the infant was left in his care.

Charles Dugan, 26, of 2719 E. Kantz Drive in Fayetteville, was initially booked into the Washington County Detention Center at 4:51 p.m. Thursday in connection with battery. A charge of second-degree murder was added to the jail log later. Dugan is being held with no bond set.

Police say officers were called to the home on Kantz Drive at 8:55 p.m. Aug. 29 to assist the Fayetteville Fire Department and Central Emergency Medical Services. A caller, later identified as a neighbor, reported a 4-week-old infant was in cardiac arrest and didn't appear to be breathing. Emergency life-saving measures were attempted for several minutes at the scene, according to a preliminary report from the Fayetteville Police Department.

The infant was taken to Arkansas Children's Hospital Northwest, where she was pronounced dead.

During the initial investigation, police said, the girl's mother, who wasn't identified in the report, said she left the infant alone with Dugan around 5:15 p.m., saying he usually watched the baby while she was at work. The woman said she didn't return home until after 9 p.m. after being contacted by Dugan.

Dugan told investigators he put the infant in her crib while swaddled in a blanket and propped a bottle in her mouth by using another blanket. He said he went to the bathroom and returned in about 10 minutes to find the infant choking on milk, with milk coming out of her nose.

Dugan said he tried to call 911 but the call didn't connect, according to the report. He told police he went to a neighbor's apartment and the neighbor called 911 and attempted to do CPR.

The infant's body was sent to the State Crime Lab for an autopsy, police said in the report. In early December, the medical examiner's report identified head injuries caused by blunt force trauma, with some recent and some healing rib fractures, and determined the cause of death to be homicide. The medical examiner's report indicates the time frame for the head injuries and the recent rib fractures was less than 24 hours, police said in their report.

Dugan was interviewed a second time Dec. 6 and told police he had fallen asleep with the infant on his chest and she had fallen and hit her head on the floor or on a coffee table. He said the fall occurred about 30-45 minutes before he found the baby in her crib unresponsive. He told police in the second interview he never told anyone else about the baby falling.

In a Dec. 9 interview with Dugan and the girl's mother, the woman told police Dugan often suffered from sleepwalking and had once tried to "body slam" her during a sleepwalking episode. Dugan told investigators he didn't remember if he had been sleepwalking when the infant was injured.

According to the report, Dugan was arrested for battery unrelated to the death of the infant Thursday. On Friday, Dugan was questioned again and said he didn't remember what had happened to the infant in August. He was subsequently arrested in connection with second-degree murder.