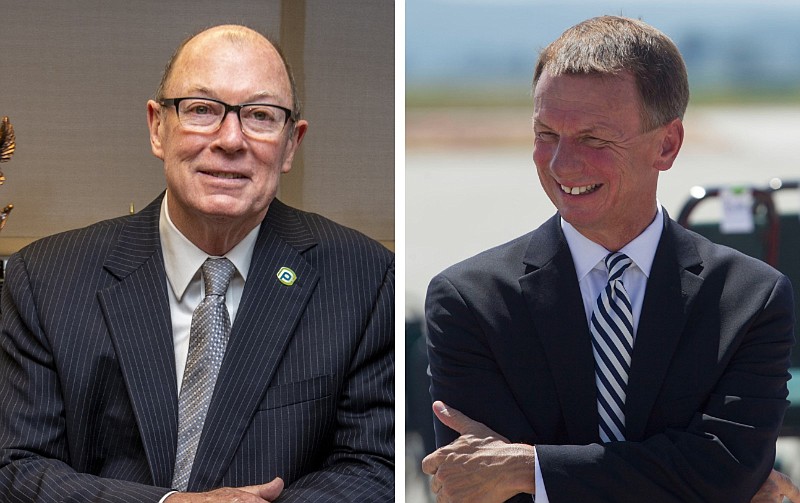 Inflation is eating into money that cities and counties in Central Arkansas have set aside for select road construction projects built with federal dollars.

The increased price tag for the projects -- between $20 million and $25 million, according to estimates -- also likely will erase the modest windfall in road construction money the region is expected to receive under the $1 trillion bipartisan infrastructure bill and put the squeeze on money available for new projects.

"It is anticipated that a part of our call for 2023 projects will include projects that have received funding and will receive additional funding," said Casey Covington, deputy director for Metroplan, the council of local governments in Central Arkansas.

Saline County's County Judge Jeff Arey sounded the warning in an October letter to Tab Townsell, the executive director of Metroplan. Arey requested an additional $300,000 in federal money that Metroplan controls to cover cost overruns on a roundabout project in his county.

The request came after the project price tag ballooned to nearly $1 million. With just $484,991 in federal money obligated for the project, the county would be on the hook for more than $500,000. The county committed to the project after estimates said it would need no more than $197,000 to cover the 20% match.

"Like many other counties and municipalities in our region, we are experiencing a surge in construction costs due to several factors affecting the construction industry," Arey said.

The engineering firm retained by the county conducted a review of the bids compared against estimates and concluded that "a rise in trucking, labor, fuel and material costs" is what's driving the increased construction costs, he wrote.

A report released last week by the Associated General Contractors of America found that highway construction costs increased 6% in the second quarter. That followed a 3% increase in the first quarter, according to the National Highway Construction Cost Index.

Arey's request for additional money prompted the Metroplan staff to secure new estimates for other projects to which the agency has committed.

Metroplan has about $11 million available every year for road construction projects. It is scheduled to increase to an estimated $15 million a year under the infrastructure bill.

The new estimates showed that Metroplan would need to allocate $20 million to $25 million in extra money to projects to which the agency already had committed, Casey said.

Under one scenario to cover the cost overruns on about two dozen projects programmed through 2022, just $100,000 would be available region-wide for a new call for projects in 2023. The scenario was one of two the staff presented to the Metroplan board of directors last week. Both scenarios involved covering the shortfalls with money typically available for new projects, which would require capping the amount of money available for projects.

The project with the biggest cost overrun is the JP Wright Loop Road railroad overpass in Jacksonville. Originally estimated to cost $8.3 million for all phases, the new estimate put the price tag at $13.4 million. Metroplan would need to allocate more than $7 million to cover its share of the new cost, according to agency documents.

Pulaski County's County Judge Barry Hyde, who serves as the Metroplan board vice chairman, said Metroplan made the commitment long ago to build it as part of an initiative to eliminate a dozen at-grade railroad crossings to improve safety and travel times, and was identified as a concern in 1995. He also noted that the agency provided additional funding for overpass projects in Mayflower and Little Rock.

The first railroad overpass under the initiative -- a four-lane overpass on East Main Street in Jacksonville -- was completed in 2003. It cost $3.1 million. The latest project is in Mayflower. Its price tag is $26.3 million, which includes costs associated with a roadway extension.

Instead, Hyde proposed that the Jacksonville overpass project be set aside as a separate issue and let the individual cities and counties address the cost overruns on the other projects on their own. That would also leave them the option to ask for additional funding to cover the shortfalls in the call for the next round of projects next spring.

North Little Rock Mayor Terry Hartwick said that would be too late for one of his projects. That project covers improvements to the Levy area and is almost finished. It incurred unexpected costs that he said he was told Metroplan would cover.

The board eventually adopted Hyde's proposal. Even though he withdrew it at one point, another board member, Shannon Hills Mayor Mike Kemp, revived it.

CORRECTION: A previous version of this story included an incorrect photo.