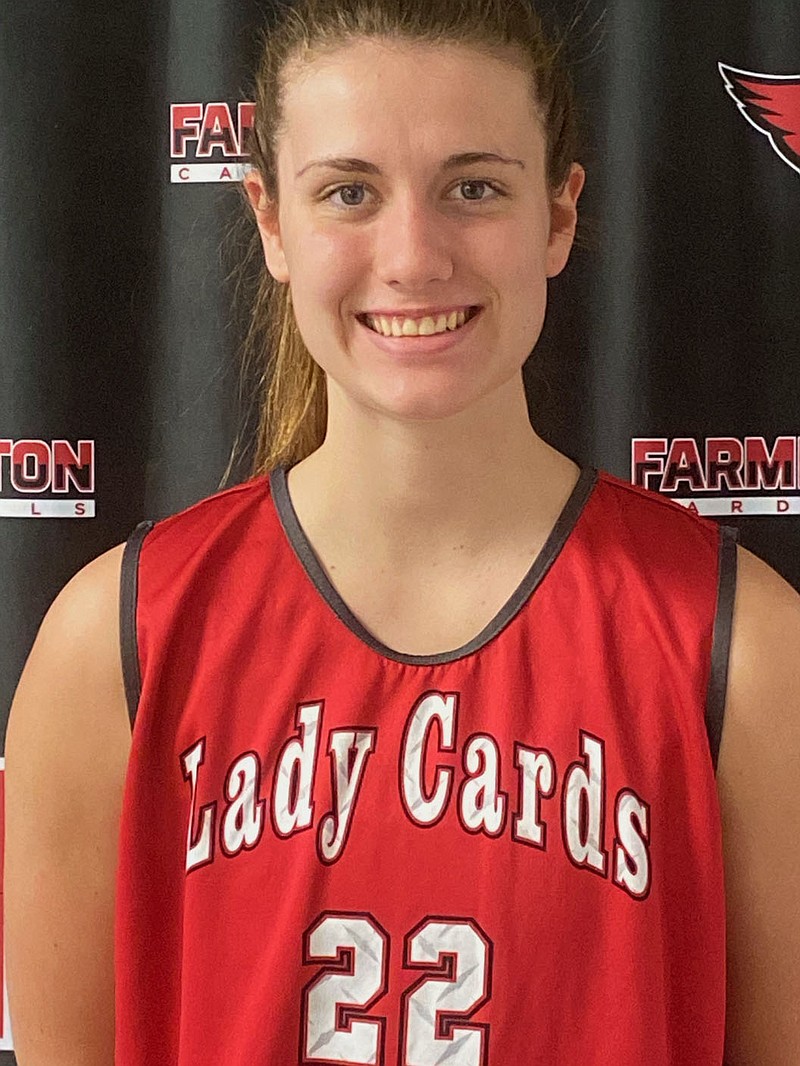 THE SCOOP Led Class 2A Melbourne to the state title before transferring to Farmington last summer. ... Averaged 16.7 points, 6.6 rebounds and 3.4 blocked shots per game. ... Was named All-Conference, All-Region, All-State, All-State Tournament Team, AR Sports Media All Arkansas 2nd Team and ArBCA Top 5 in 2A. ... Committed to the University of Arkansas.

THE SCOOP Helped the Lady Goblins to the Class 4A state championship last season. ... Averaged 11 points, 4 rebounds, 2 steals and 2 assists per game. ... Was named to the 4A-1 All-Conference team and the Class 4A All-State Tournament team. ... Also an all-state performer in soccer and track.

THE SCOOP Helped lead the team to a Class 4A state runner-up finish last season. ... Averaged 11.4 points, 3.4 assists and made 69 three-point shots. ... Was named to the 4A-1 All-Conference team and a member of the KURM Dream Team and an AAO Top 25 player. ... Has signed a college letter of intent with Southwestern Oklahoma State University.

THE SCOOP Averaged 16.7 points, 4.1 rebounds and 1.9 steals per game last season for the Lady Tigers. ... Was named to the 4A-1 Conference All-Conference team and the KURM Dream Team. ... Has a scholarship offer from Oklahoma Christian University.

THE SCOOP Senior guard averaged 12 points, 7 rebounds, 4 assists and 3 steals per game last season for the Trojans. ... Was named to the Class 4A all-state team. ... Considered one of the team's top defenders.

THE SCOOP Ashlock is a top scorer for the Panthers after averaging 14.2 points per game last season. ... Ashlock also averaged 8.7 rebounds and 3.7 assists. ... Was named to the 4A-1 All-Conference team and the Class 4A all-state team as a junior.

THE SCOOP Top returning scorer for the Goblins. ... Averaged 11 points, 3 rebounds, 3 assists and 3 steals per game as a junior. ... Classified as a "Swiss Army knife, James plays all over the court for the Goblins from point guard to post.

THE SCOOP Big-time scorer for the Eagles as a junior. ... Dotson averaged 18.8 points, 4.4 rebounds and 3.5 assists per game for Huntsville last season. ... Was named to the Top 25 Camp team, the 4A-1 All-Conference team and the KURM Dream Team in each of the past two seasons.

FARMINGTON -- Layne Taylor is not going to rest on his laurels after a breakout freshman season for the Farmington Cardinals.

Taylor, a 5-10 point guard, spends countless hours in Cardinal Arena. The son of Farmington boys basketball coach Johnny Taylor, Layne often rises before 6:30 a.m. to get in shots before school, then returns to the arena at the end of the day to get up even more.

"I feel like I've become a lot more consistent shooter," said Layne. "I was in the gym all summer putting up shots."

Taylor and the Cardinals created a 10,000 shot club last spring with a goal of putting up 10,000 shots over a nine-week period. The players got their shots up before and after school. Layne said it took him about four weeks to get his shots, and actually estimates he got 20,000 shots up.

Johnny Taylor said Layne is focused daily on just becoming a better player in all phases, but he wanted to put an emphasis on improving his three-point shooting.

Last season Layne averaged 22 points, 6 assists and 2 steals per game in leading the Cardinals to a 17-6 mark.

Layne has also leaned on former Farmington star guard Matthew Wilson, a senior at Arkansas-Fort Smith, but admits Hall of Famer Larry Bird is his idol although he doesn't talk serious trash like the Boston Celtics star did.

SPRINGDALE -- Hailey Tunnell is more relaxed this season with her college destination already secured. The Shiloh Christian senior signed a letter of intent with Drury University in November, which has allowed her to focus on her season.

"Last year I was committed, but this year is a lot better a lot less pressure," Tunnell said. "I enjoy being a senior and growing my leadership skills because we have a lot of freshmen on the team."

First-year Shiloh Christian girls basketball coach Lisa Bivens said Tunnell has been a huge help with the younger players on the Lady Saints' roster. Of the 12 players on the varsity squad, more than a third are freshmen.

"Coaching Hailey has been fun for me, but just the fact that she is such a good guard, obviously it makes my job easier," said Bivens. "Our girls' program numbers are not great. We have 12 girls, five of them freshmen, and three of them start. So I have two seniors and my freshmen. Hailey has been a very good leader for me."

Tunnell transferred to Shiloh Cristian before her sophomore season from Bentonville. She sat out that year because of the public-to-private transfer rule, playing on the junior varsity team. Last season she was able to play on the varsity team.

"I've grown like five inches since my sophomore season from 5-6 to 5-11," Tunnell said. "I think I've improved a lot on my ball-handling and post play. I think I've grown as a player and as a leader." 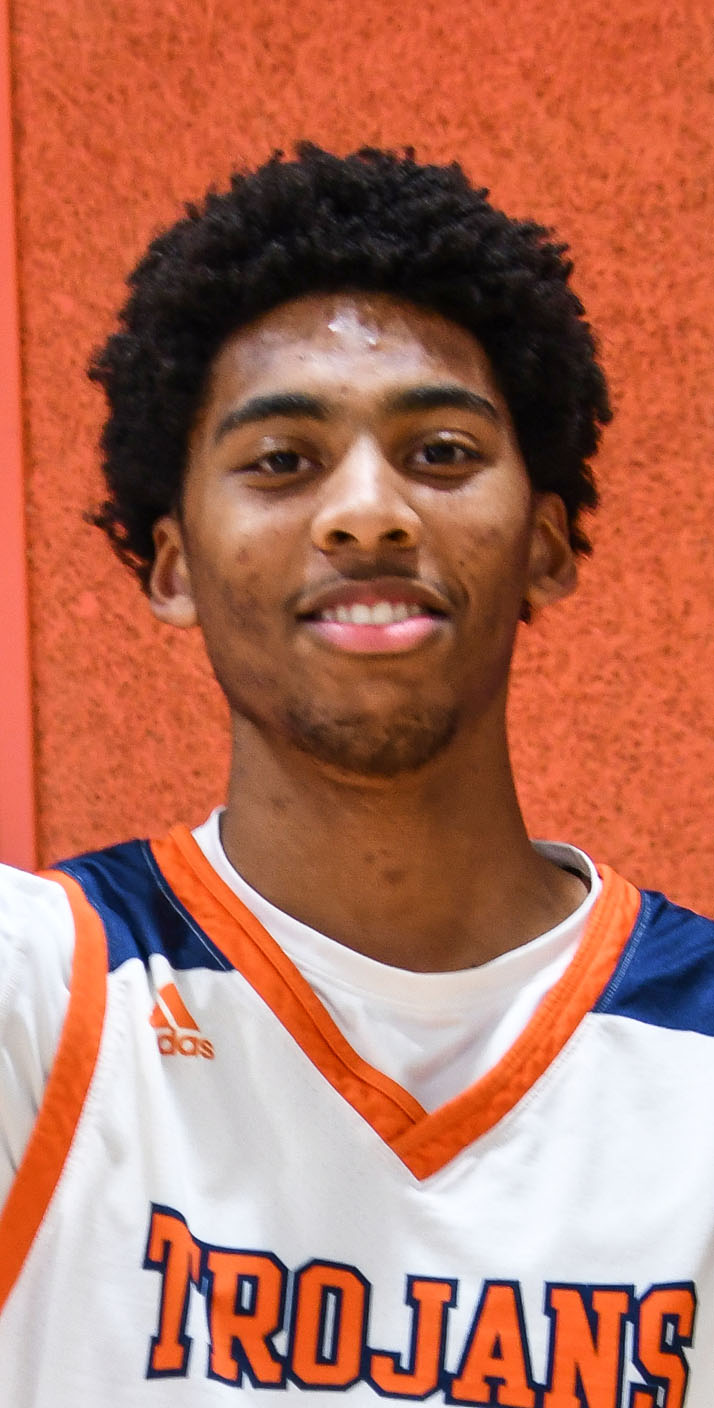 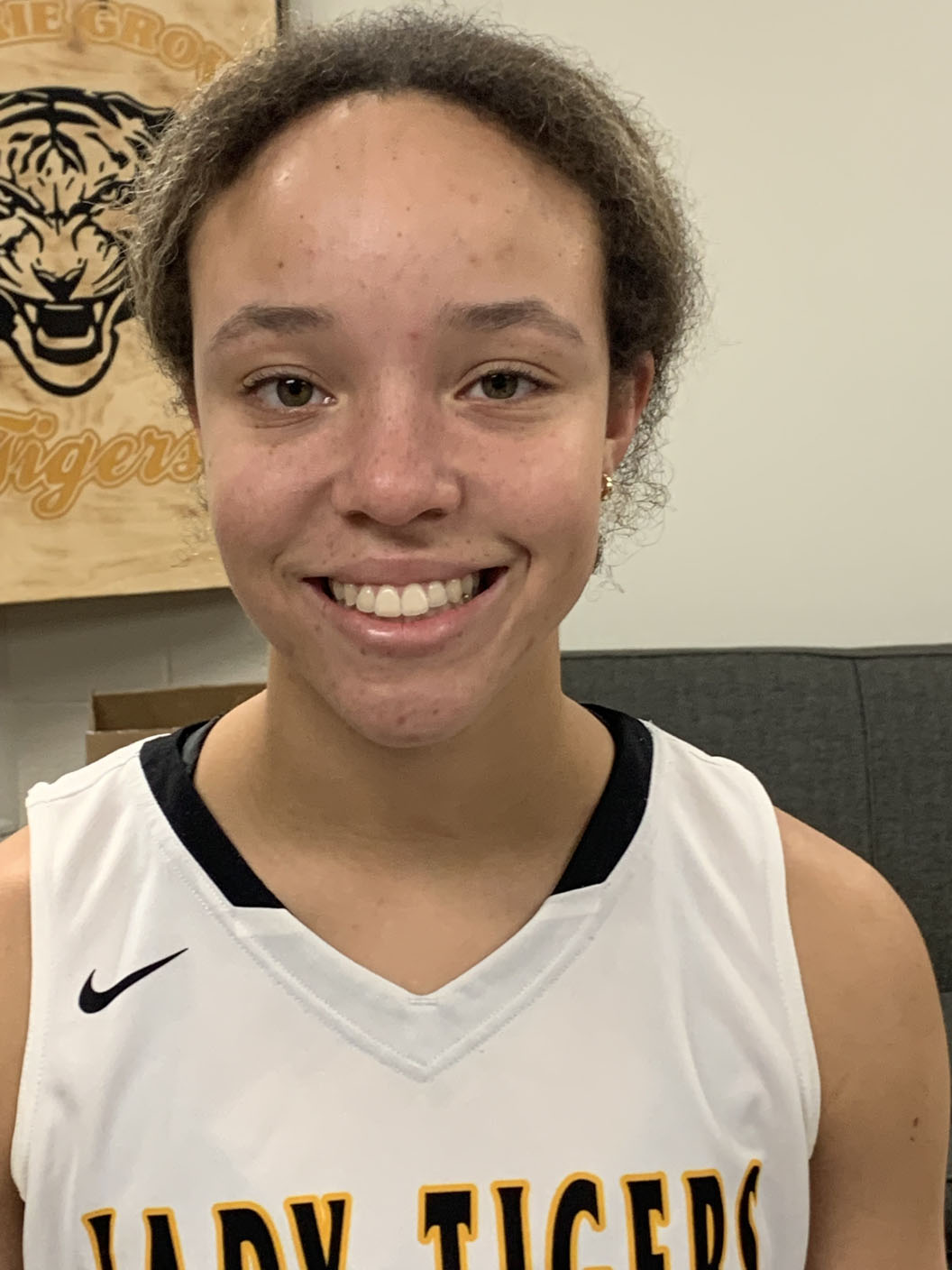 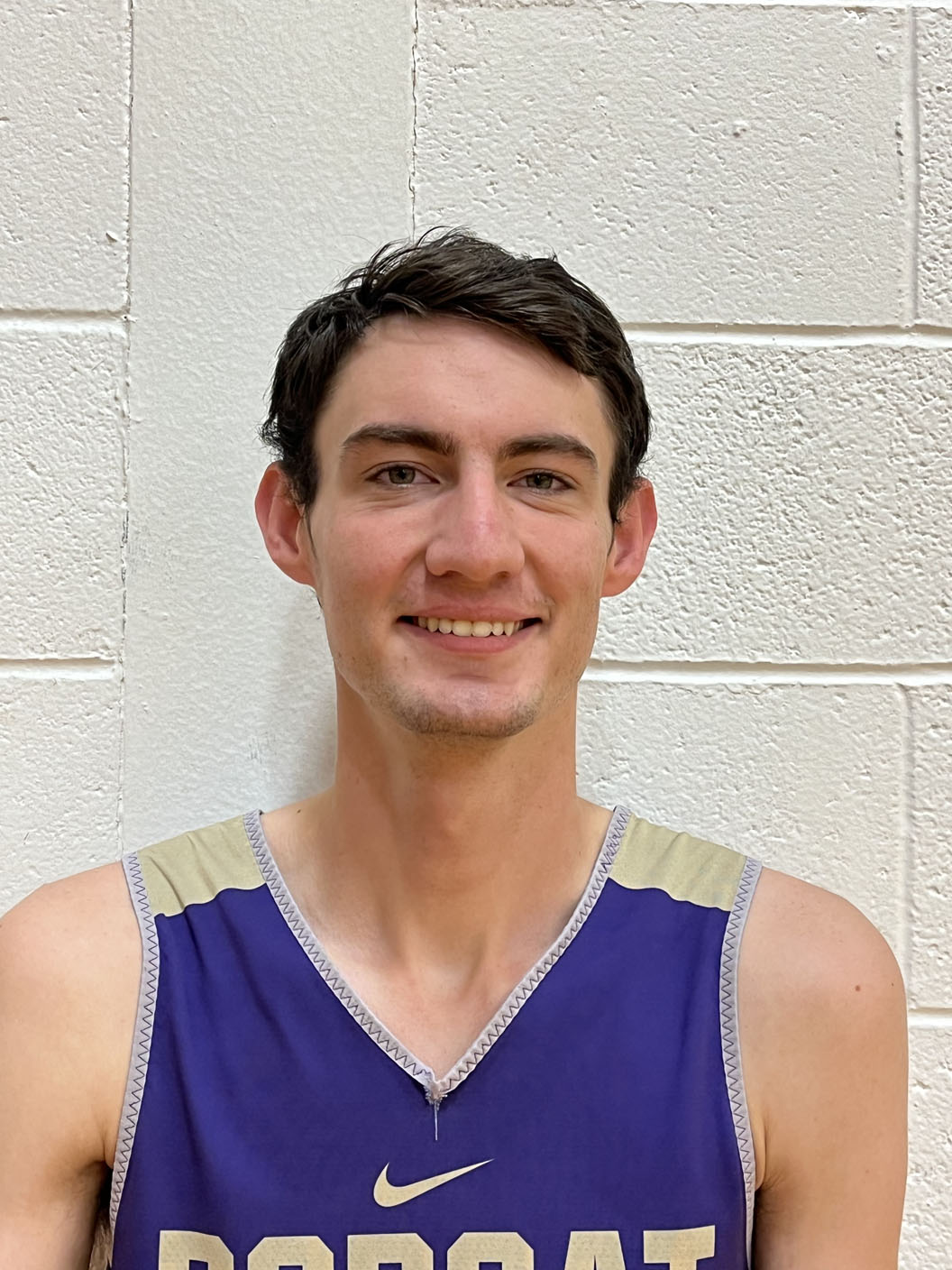 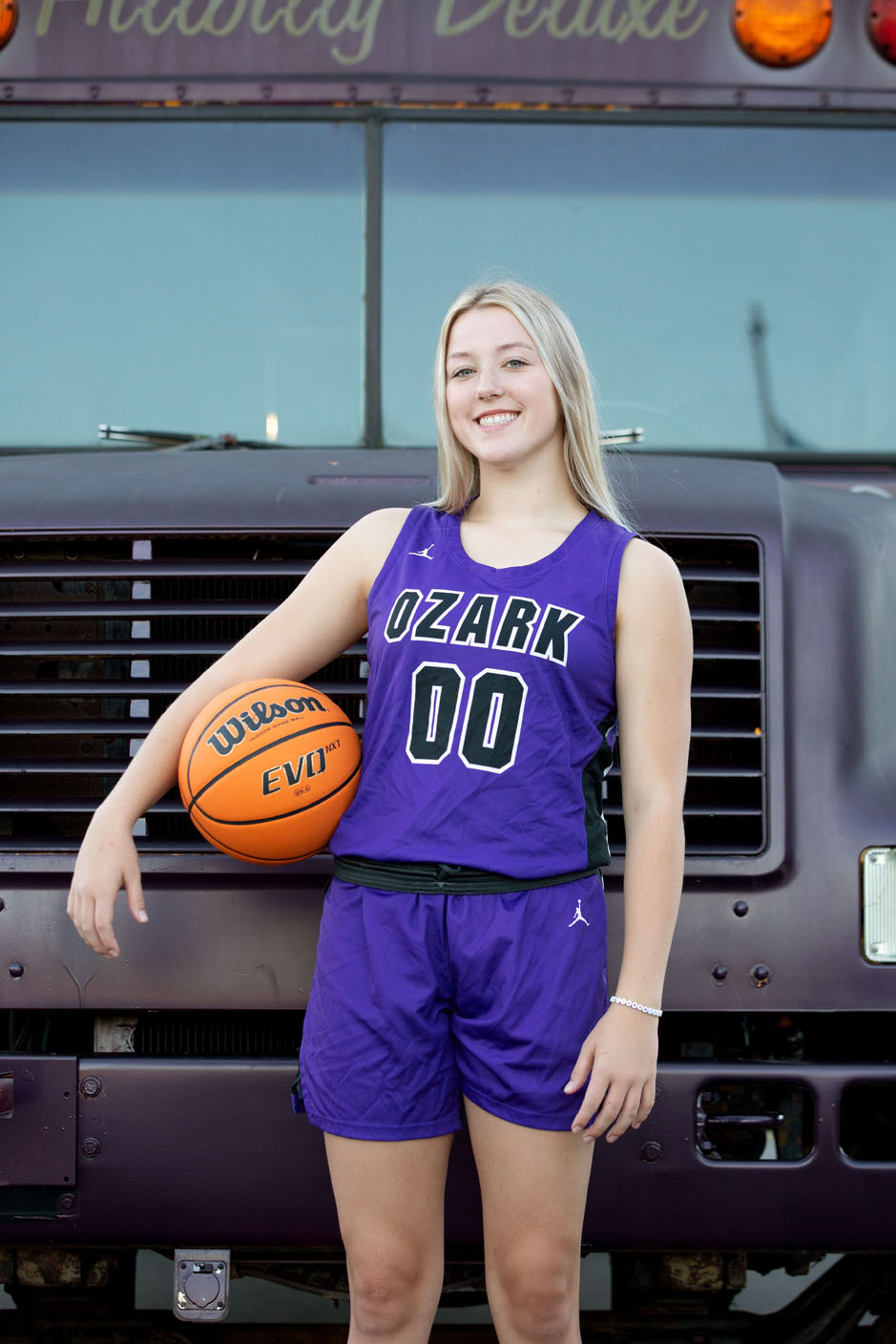 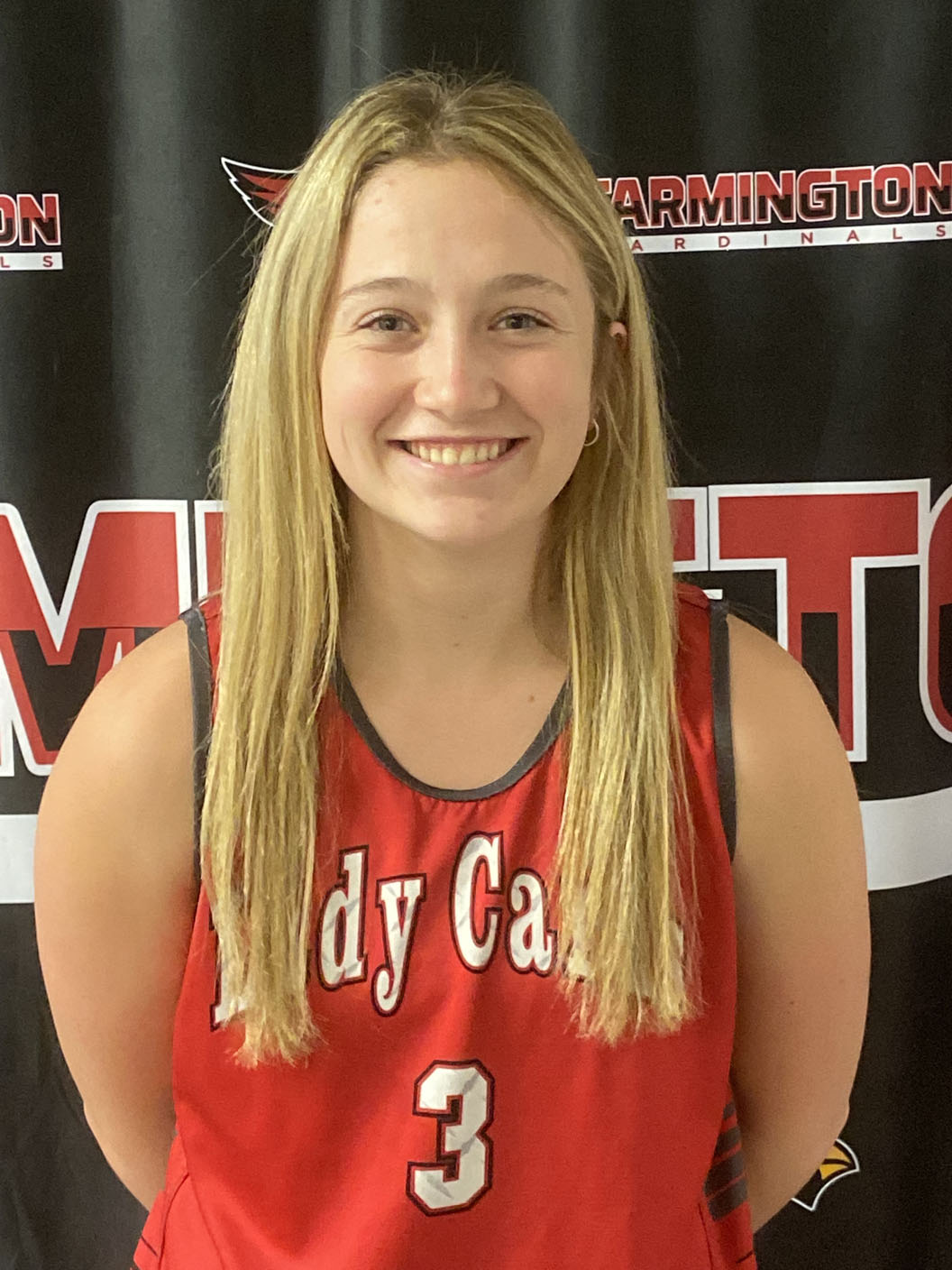 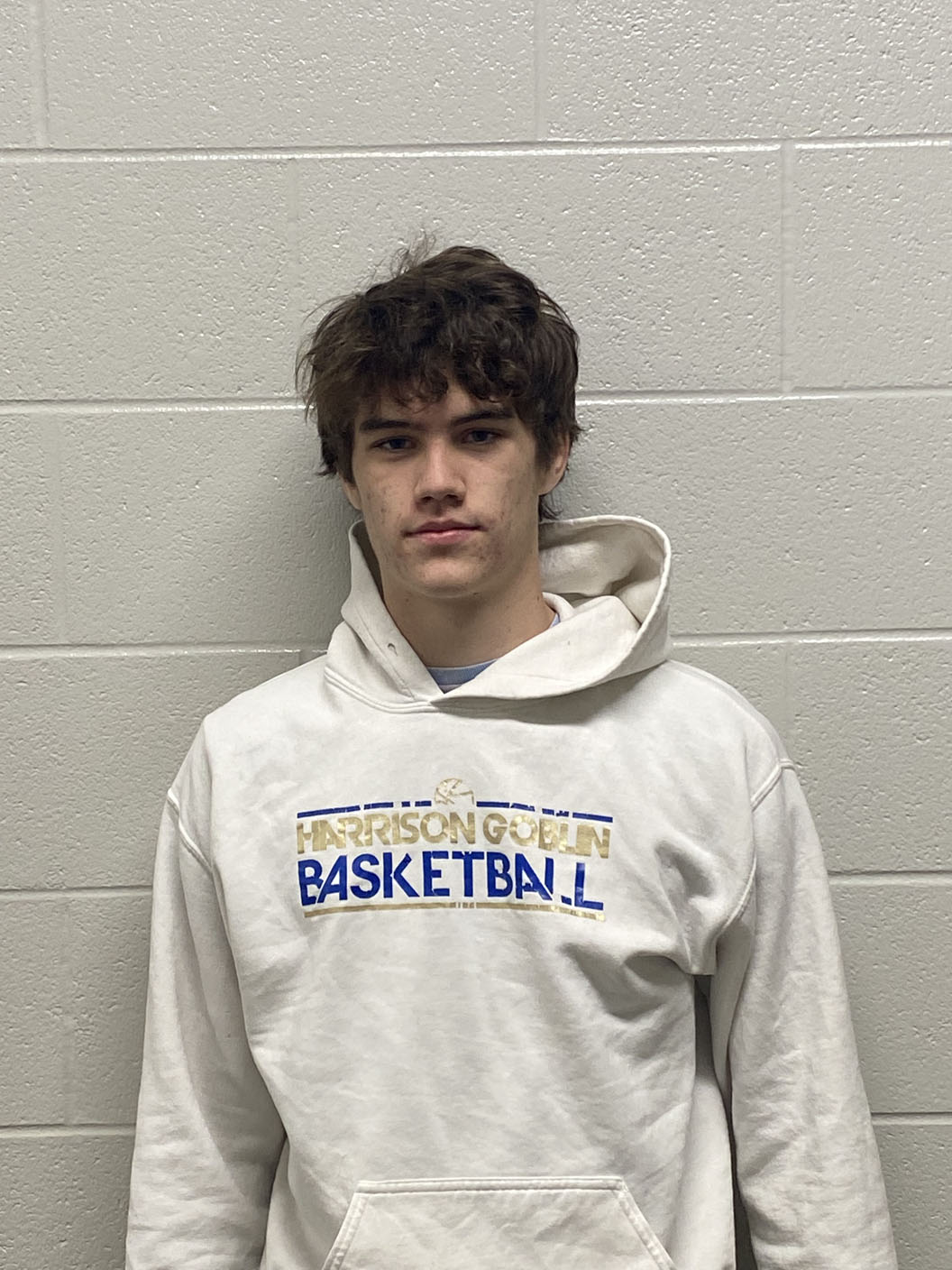 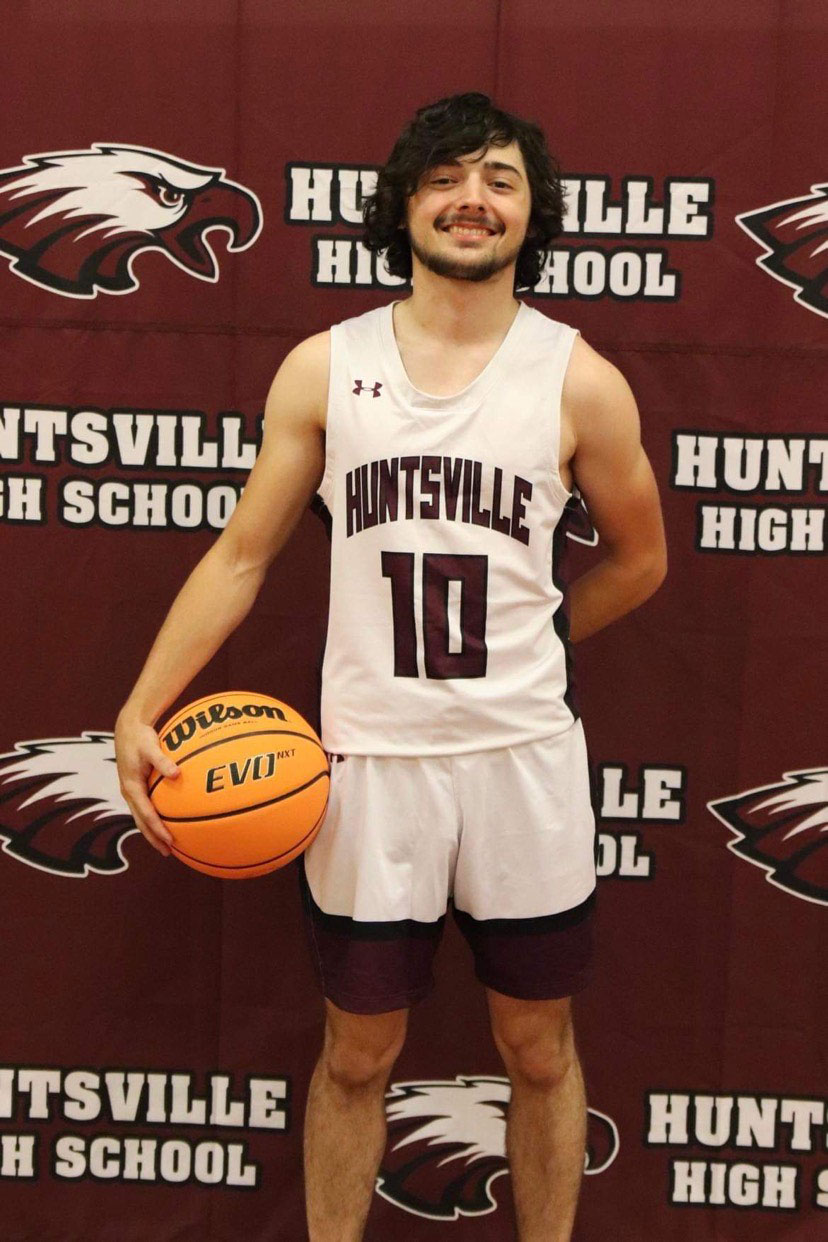 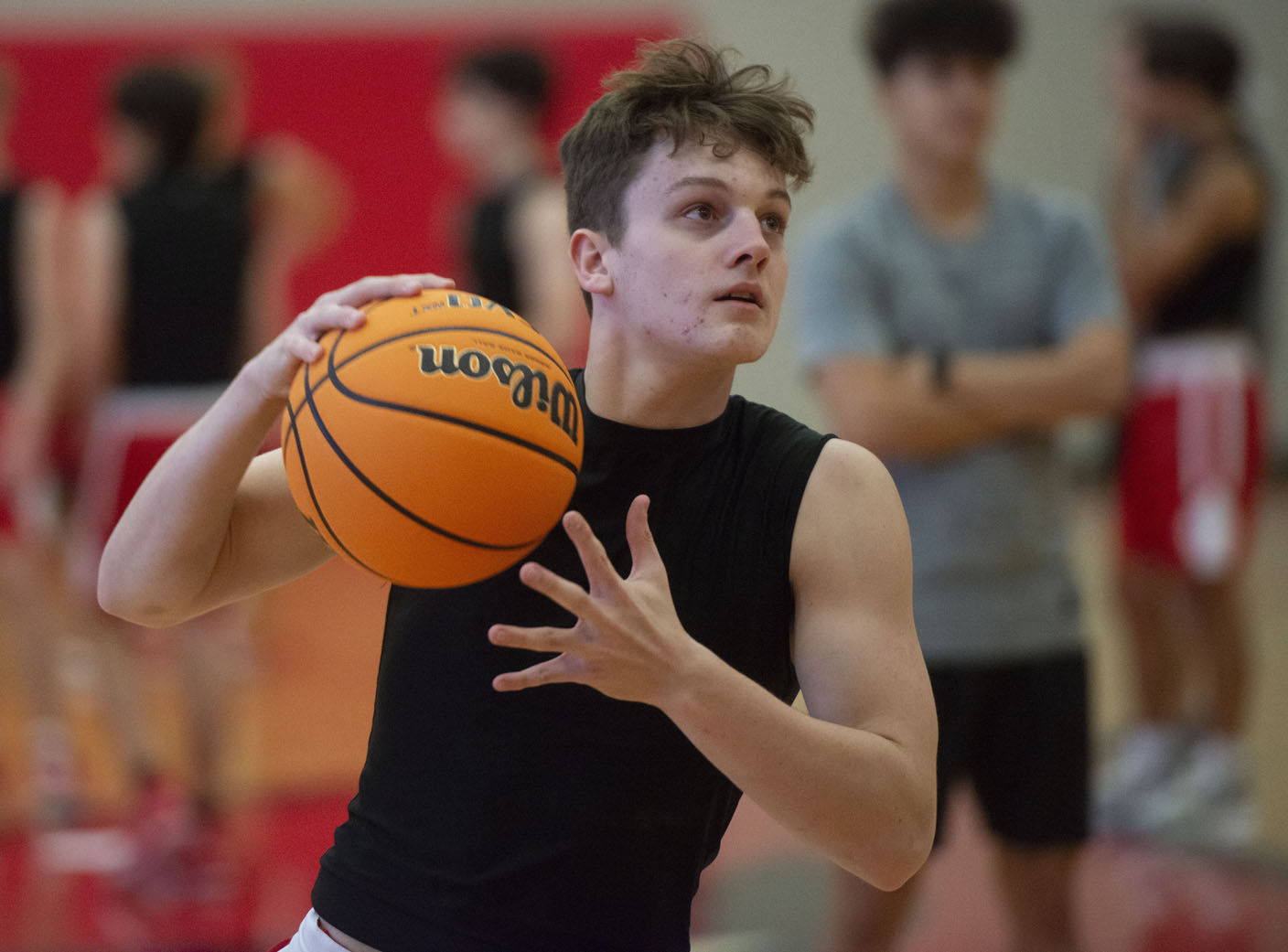 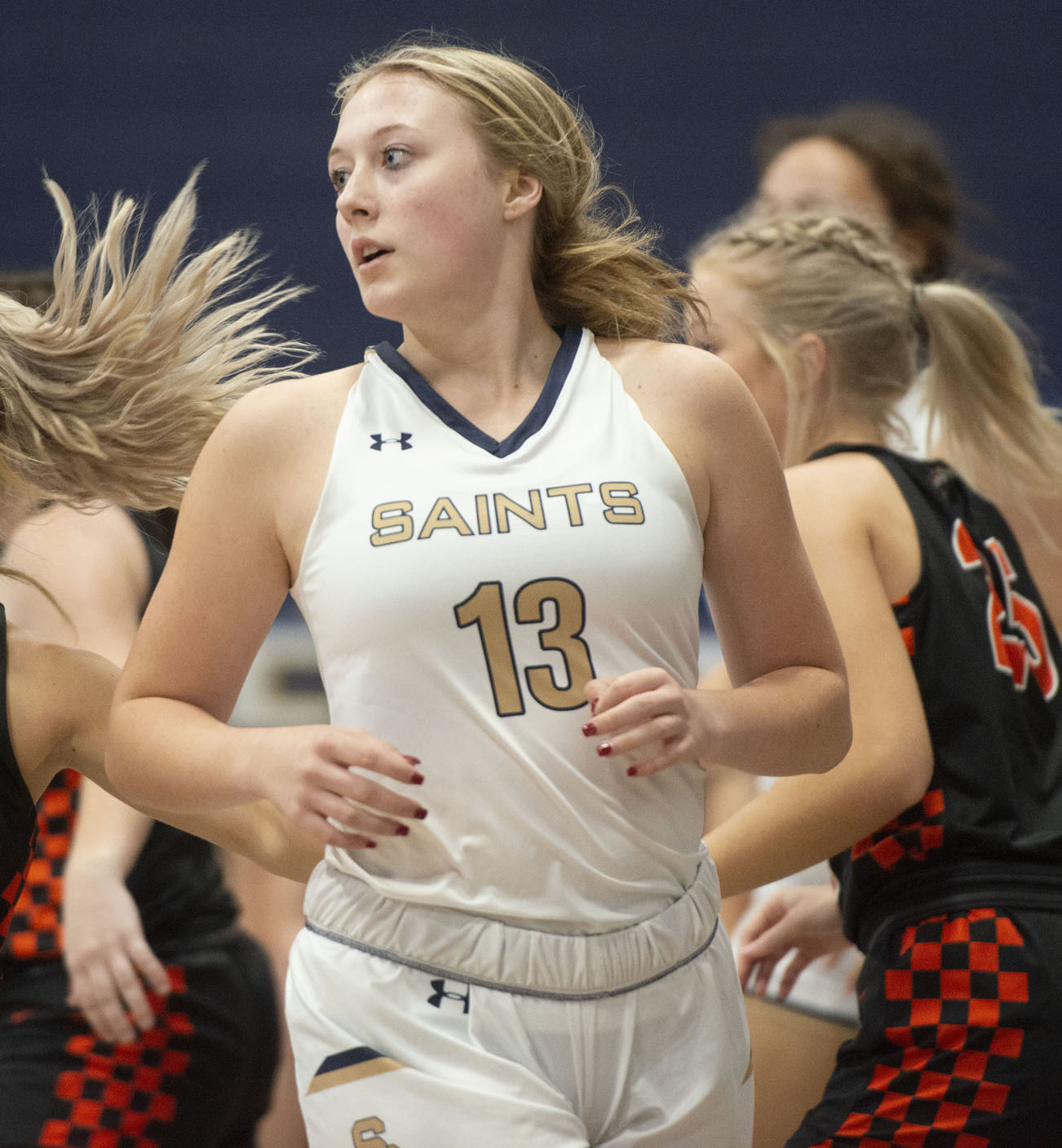 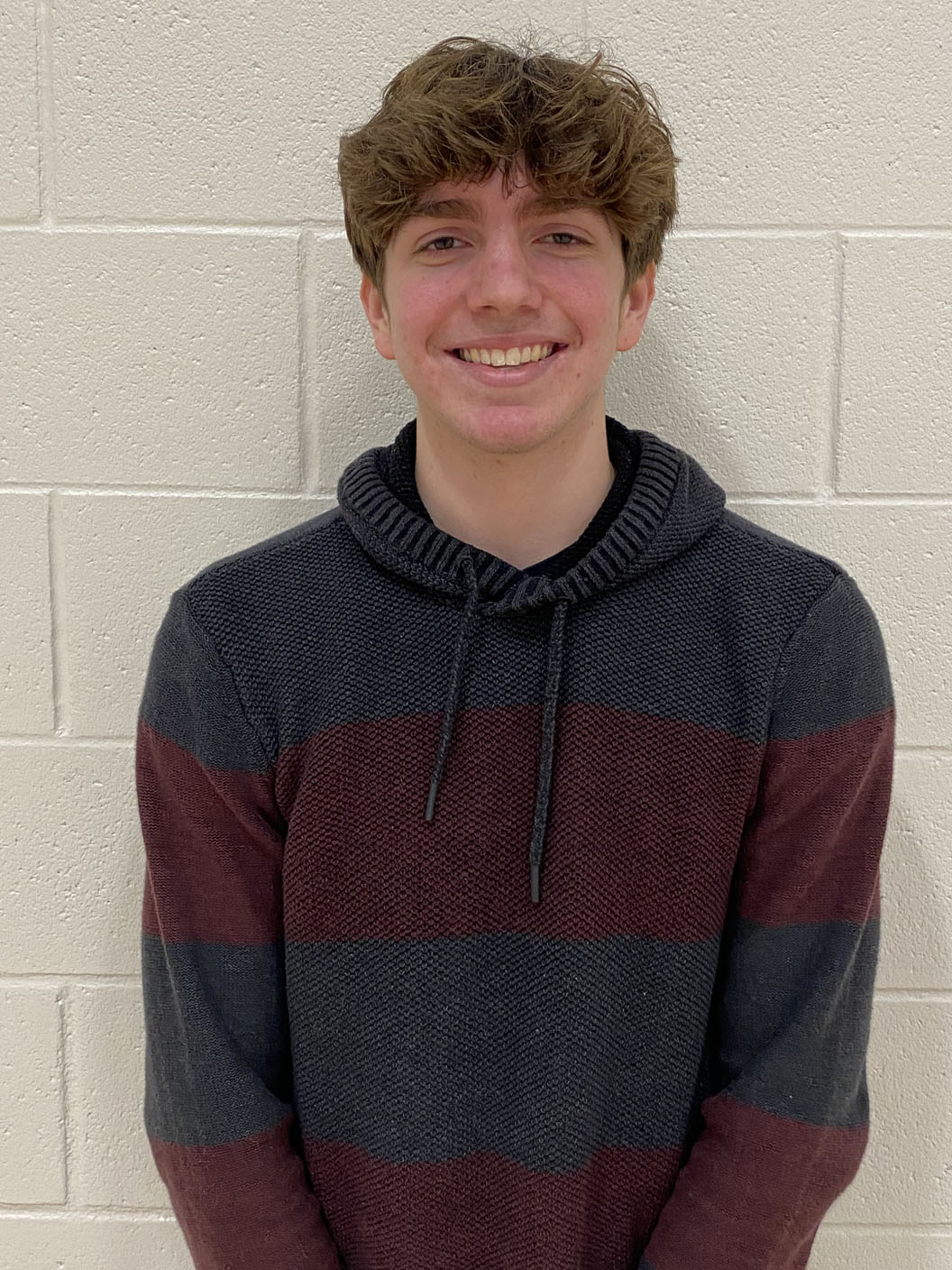