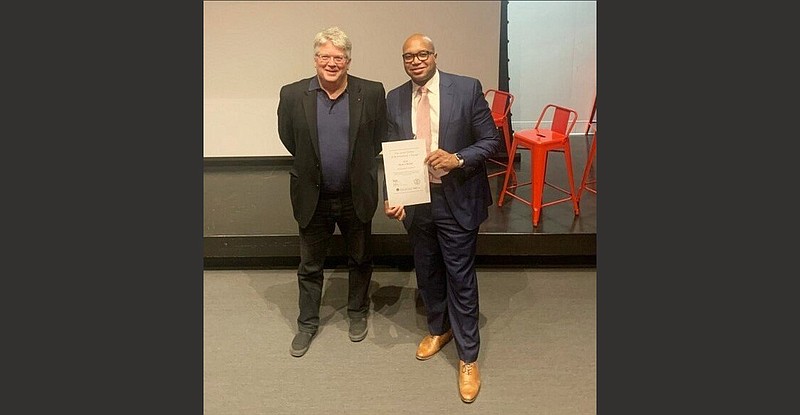 The medals are awarded annually in recognition of a recipient's significant contributions to the architecture and design culture of the state of Arkansas and to students and their education at Fay Jones School. The 2021 recipients are all examples of "community building," according to a news release.

"I want to thank Dean MacKeith and the Fay Jones School of Architecture and Design for recognizing Go Forward Pine Bluff," said Ryan Watley, Go Forward chief executive officer. "The Dean's Medal is another example that people across the state of Arkansas are taking notice and the perspective about our city is changing. We view this recognition as an opportunity to form a linkage between our needs and the resources and talent in Northwest Arkansas."

Administered by the University of Arkansas, the award was presented at Fayetteville at the 2021 Alumni Design Awards & Awards for Distinction Reception on Dec. 9. In addition to being recognized at the event, the organization is also featured in the school's alumni magazine, ReView, as well as on the school's website (fayjones.uark.edu) and the university's news website (news.uark.edu), according to the release.

"While GFPB is the recipient, this is only possible because the citizens voted to enact the public-private partnership between the city of Pine Bluff and GFPB Inc." said Watley. "The people doing the work have sacrificed leisure time, lost sleep, laughed and cried to keep the promises made. This award will encourage us on our more difficult days and expand our vision for what is possible."