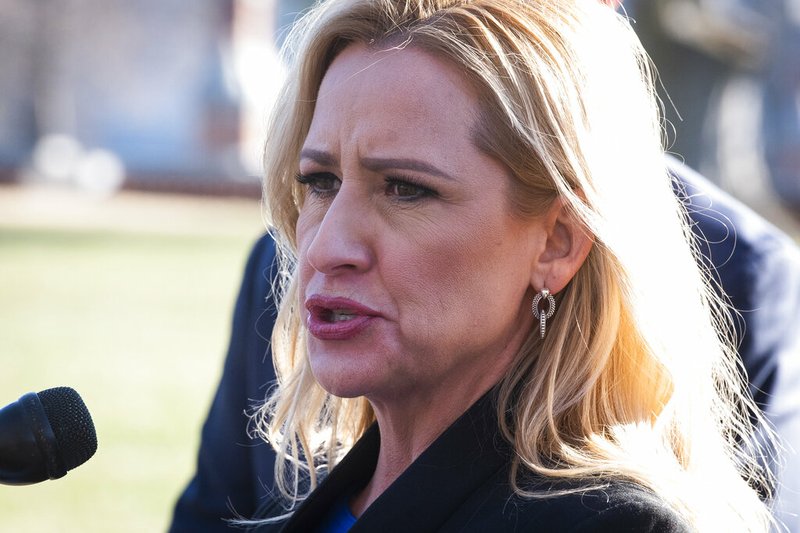 Schwartz will plead innocent, said his Little Rock attorney, Bill James, and is expected to surrender to Arkansas authorities in early January.

Skyline held licenses for one in every 10 Arkansas nursing home beds before Schwartz was forced in 2018 to relinquish most of his nursing homes, including his Arkansas holdings, as a result of financial insolvency.

Reports of resident neglect and abuse, including cases tied to lack of money or staffing in Skyline nursing homes, have publicly surfaced in the years since Schwartz's exit.

Court records concerning details of the charges against Schwartz were scant Monday.

But online court records revealed little more, except that an affidavit and arrest warrant were sealed from public view last week.

According to the attorney general's office statement, Schwartz submitted false cost reports and other documents to the Arkansas Medicaid program, resulting in federal and state Medicaid overpayment to his company in 2018 of more than $3.6 million.

Skyline also failed between July 2017 and March 2018 to pay the state more than $2 million withheld from employees' paychecks for state taxes, the statement said. Schwartz is also accused of failing in 2018 and 2019 to file required state income tax returns.

• Batesville Health and Rehab, $643,133 in inflated charges submitted to Medicaid and $336,259 in overpayments to Skyline.

In addition to failing to pay employees' tax withholding dollars, Schwartz also didn't file Arkansas income tax returns for 2018 and 2019 on "tens of millions of dollars in gross income from his Arkansas facilities," the attorney general's statement said.

Rutledge's office has investigated Schwartz and Skyline for 44 months, according to Monday's statement. The Arkansas Democrat-Gazette wrote about the company in 2019, after many of the its nursing homes failed suddenly.

A longtime insurance broker, Schwartz founded Skyline in 2005 and ran the company from a small office atop a New Jersey pizza parlor, according to news reports.

Skyline's nursing home portfolio included just six properties for the first decade. Schwartz then led a rapid expansion starting in 2015, first acquiring more than 70 nursing homes -- mostly over a one-year period, according to a document he provided Pennsylvania regulators.

Arkansas seized two of 21, getting court orders to place the pair in receivership -- the first time the state took over a nursing home in nearly 30 years. The two homes had lost access to credit, while the 19 other homes still had credit lines.

Schwartz later sold his Arkansas properties. Most were divided between an out-of-state firm and a newly incorporated Arkansas nonprofit. Both the nonprofit and the out-of-state company had ties to Schwartz and Skyline, and Rutledge's office objected to the transfers.

NBC News reported Monday that a group of other state attorneys general who are also considering possible civil action against Schwartz are working with Rutledge's office, citing a person familiar with the negotiations.

The Massachusetts attorney general cited Schwartz for failing to pay hundreds of employees.

The U.S. Centers for Medicare and Medicaid Services, the federal agency that oversees the nursing home industry, terminated Medicare certification for a Memphis facility after a resident died after being discovered with maggots and gangrene in a recent leg amputation. The agency went on to terminate two other Skyline facilities in Tennessee.

The ultimate collapse of the company led to the introduction and passage of new legislation and regulations in at least three states (Ohio, Kansas and Arkansas) to require increased vetting of new nursing home owners before they obtain licenses.

Among reports of neglect and abuse of Skyline residents in Arkansas is a civil lawsuit against Schwartz in Little Rock concerning the death of Lois Marie Rack.

In a Little Rock federal courtroom in October, attorneys from Tampa, Fla., argued that Schwartz siphoned profits away from his nursing homes, leaving facilities understaffed to care for its recovering or frail residents.

Rack, 52 when she died in 2018, was supposed to have a short-term stay at the former Skyline nursing home.

She died of sepsis and acute renal failure after developing severe bed sores.

During a video deposition played in the Little Rock federal courtroom, Schwartz confirmed he had no medical training before he started Skyline.

Schwartz repeatedly declined to answer questions during the deposition that was conducted virtually, frequently responding: "I don't recall."

When asked if he operated out of New Jersey, Schwartz said, "Most probably."

Did he ever read a state or federal nursing home regulation? "I don't remember."

A geriatrics expert who reviewed Rack's health records testified that her care was "incredibly egregious" and "absolutely outrageous."

"It crosses ethical lines," said the doctor, Richard Dupee, who is chief of geriatrics at Tufts Medical Center in Boston.

Rack should have left the nursing home and returned home within three weeks of her Nov. 22, 2017, admission, he said. She was at the Skyline facility to finish recovering from a series of ailments that led to her being intubated for several weeks.

The Rack family expected Marie, as they called her, to return home and resume her role as her mother's caretaker. When she went to Schwartz's facility she was in good spirits, they testified.

Although she was in stable condition upon arriving, she needed help leaving her bed. Her care plan called for her to be re-positioned frequently to avoid developing bed sores, Dupee testified.

Rack's condition consistently worsened, and staff at the nursing home seemed disengaged. Upon being shown Rack's bed sores, one staff member behaved as if it was the first time they had seen the injury, Rack's sister-in-law testified.

About a later look at the bed sores, sister-in-law Kathy Rack, testified: "I saw bone."

Because Schwartz has not defended himself in the Rack lawsuit, a default judgment was entered against him last year .

U.S. Magistrate Jerome T. Kearney held the October bench trial to determine damages -- or how much Schwartz would be ordered to pay Rack's family. No ruling has been entered, according to federal court records as of Monday.