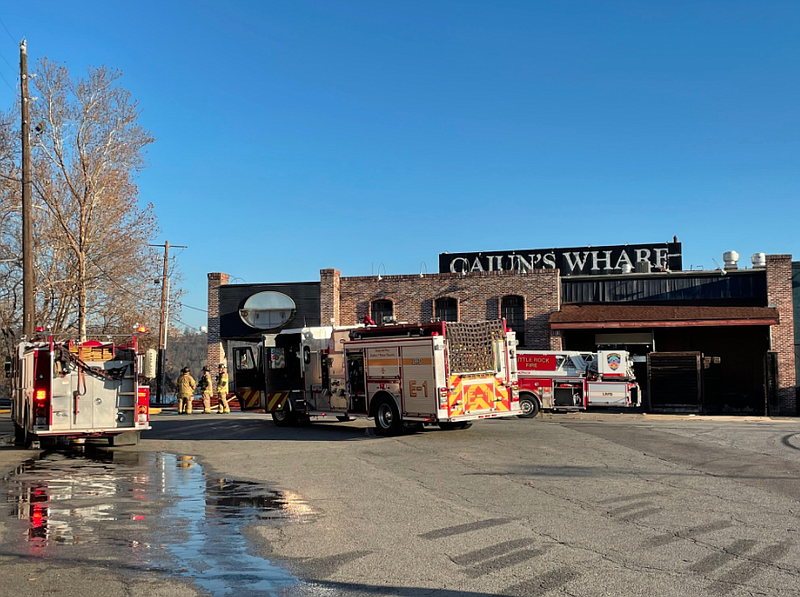 Firefighters work at the scene of a fire in the building that used to house Cajun's Wharf on Tuesday morning in Little Rock. (Arkansas Democrat-Gazette/Tommy Metthe)

Callers reported seeing smoke and flames on the rear roof of the structure, 2400 Cantrell Road, shortly after 7 a.m., according to Little Rock Fire Department spokesperson Capt. Jason Weaver. Firefighters got access to the building and extinguished the fire less than an hour later, Weaver said.

According to the fire department, the flames appeared to have started on the back deck on the rear of the building and got into the roof.

“It doesn’t appear to have done extensive damage,” Weaver said.

The structure was under renovation and unoccupied at the time of the fire, the department said.

According to Weaver, the fire marshal is investigating the blaze's cause.