Source: NHL to withdraw from Olympics 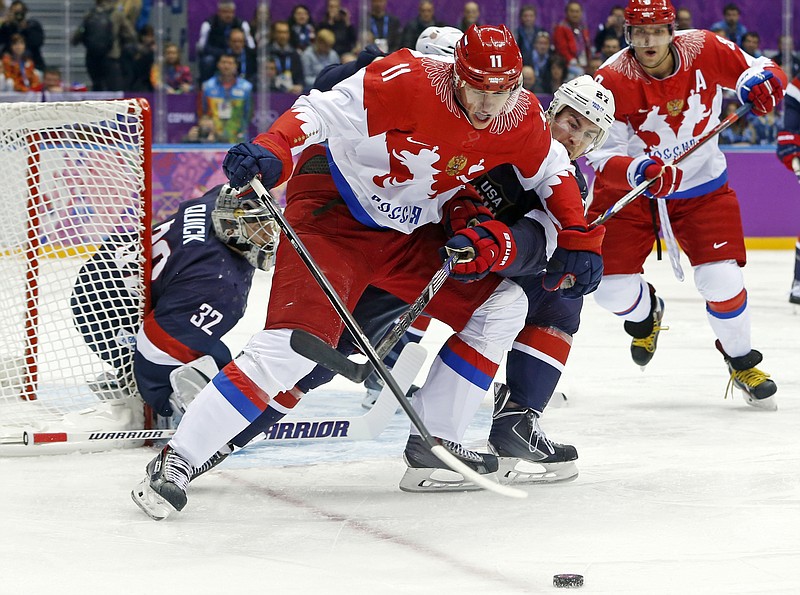 FILE -Russia forward Yevgeni Malkin seals off the puck from USA defenseman Ryan McDonagh in the first period of a men's ice hockey game at the 2014 Winter Olympics, Saturday, Feb. 15, 2014, in Sochi, Russia. NHL players will not take part in the upcoming Winter Olympics in Beijing after all. A person with direct knowledge of the decision tells The Associated Press the league is going to withdraw from the Olympics after the regular-season schedule was disrupted by coronavirus outbreaks, Tuesday, Dec. 21, 2021. (AP Photo/Mark Humphrey, File)

The NHL will withdraw from the Winter Olympics after the regular-season schedule was disrupted by coronavirus outbreaks, a person with direct knowledge of the decision told The Associated Press on Tuesday.

The person spoke to the AP on condition of anonymity because an announcement had yet to be made on the NHL pulling out of Beijing. The league informed the players' association Tuesday that it was retaining its right to withdraw from Olympic participation because there was a material disruption to the season, and the union was not going to dispute the decision, the person said.

An announcement was expected today.

With 50 games already postponed, there was a fear the NHL would be unable to complete a full 82-game season while also taking a break of more than two weeks in February for the Olympics. The NHL's bottom line is at stake with the league and players drawing no direct money from competing at the Winter Games.

While the NHL and NHLPA agreed on Olympic participation last year as part of a collective bargaining agreement extension, the deal to go to Beijing was contingent on pandemic conditions not worsening. A material interruption of the schedule allowed the league to pull out, and the delta and omicron variants spreading across North America not only caused games to be pushed off but made some players hesitant about going to China.

As a result, the men's hockey tournament at the Olympics will go on without NHL players for the second consecutive time.

"These are opportunities and experiences of a lifetime that you don't get very many of as an athlete, and you might only get one," said Pittsburgh captain Sidney Crosby, who won Olympic gold with Canada in 2010 and 2014. "It just might happen to fall in your window and if it doesn't happen to work out, it's unfortunate."

Unless the Beijing Games are postponed a year like Tokyo's, a generation of stars including American Auston Matthews, Canadians Connor McDavid and Nathan MacKinnon, German Leon Draisaitl and Swede Victor Hedman will need to wait until 2026 to play in the Olympic men's hockey tournament for the first time.

"It's a thing you've been looking forward to for a very long time," Hedman said. "For us to not be able to go, it's going to hurt for a while."

The NHL was full go on the Olympics until the delta and omicron coronavirus variants began spreading around North America earlier this month and caused a rash of postponements. Before Calgary's outbreak in the first half of December, only five games needed to be rescheduled and one was already made up.

Winnipeg Jets goaltender Connor Hellebuyck, the likely U.S. Olympic starter, expressed displeasure Tuesday with the decision not to go and called the rash of postponements overkill.

The NHL did not participate in the Olympics until 1998, which started a string of five in a row through Sochi in 2014. The season was not stopped in 2018, leaving mostly professionals playing in Europe and some college players to make up the rosters in South Korea.

Russia, which won gold at the Pyeongchang Games, immediately becomes the favorite without the NHL, thanks to an influx of homegrown talent playing in the Kontintental Hockey League.

Several NHL players already had expressed hesitations about participating, including Vegas goalie Robin Lehner, who pulled his name out of consideration to represent Sweden. Lehner cited mental health reasons in noting the potentially lengthy quarantines for athletes who test positive during the competition.

"I'm very disappointed and it tough decision for me as it's once in life time opportunity. Reality is that what have been said about how it's going to be is not ideal for my mental health," Lehner wrote in a text.

"I'm still a guy that's wanting to go play in the Olympics," McDavid said. "But we also want to make sure it's safe for everybody. For all the athletes, not just for hockey players."

Pittsburgh Coach Mike Sullivan will be missing his first opportunity as head coach of the U.S. national team. He had been holding out hope earlier Tuesday of NHL participation.

"We're all human beings right. Emotions are a part of it. My hope is that we all have a chance to participate," said Sullivan, who served as an assistant coach on Peter Laviolette's staff at the 2006 Olympics. "It's an unbelievable honor to represent your nation in the Olympics, it's the honor of a lifetime quite honestly. And so I know I don't feel differently than a lot of people that pull their nation's sweaters over their heads." 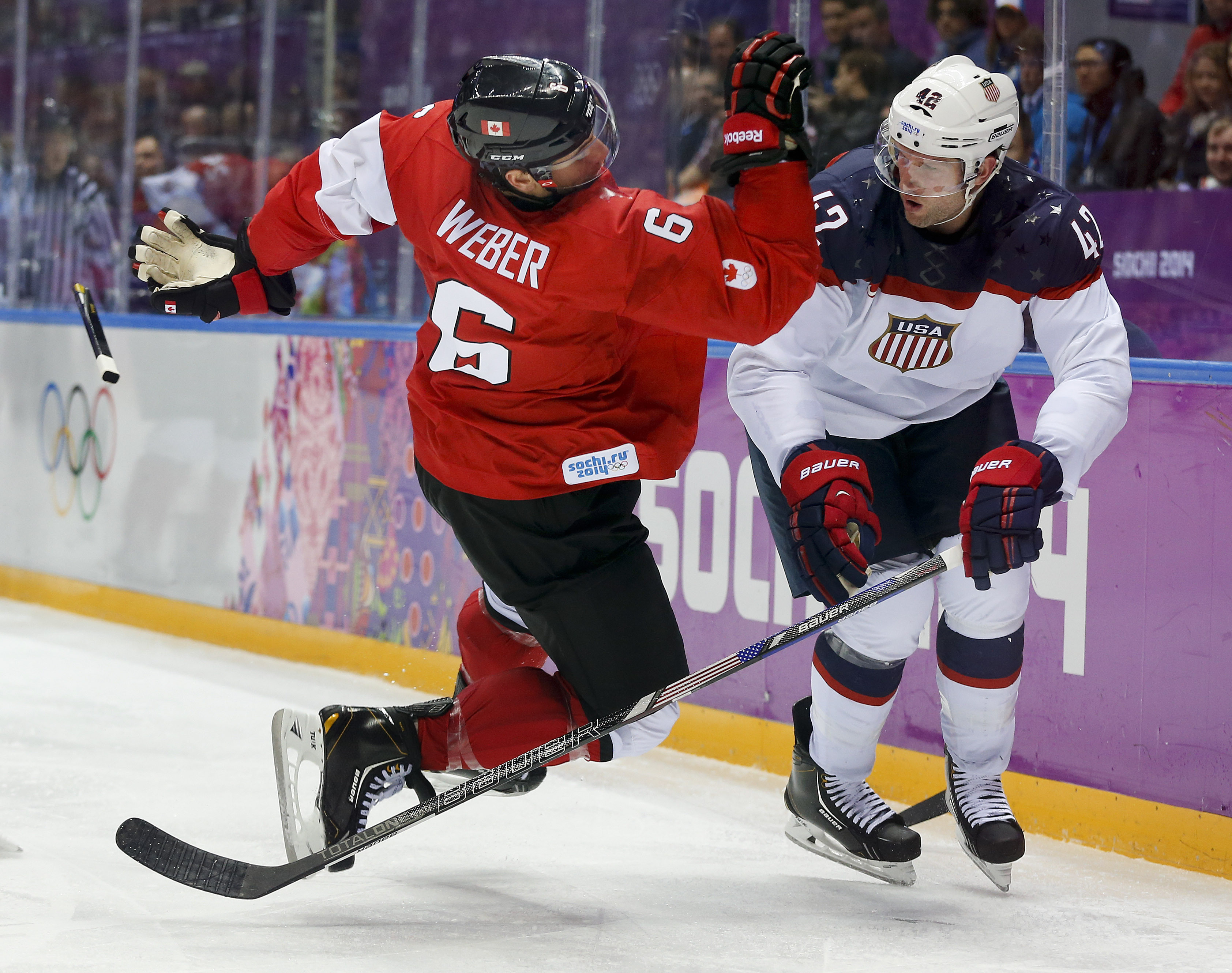 FILE -Canada defenseman Shea Weber, left, trips over USA forward David Backes during the third period of a men's semifinal ice hockey game at the 2014 Winter Olympics, Friday, Feb. 21, 2014, in Sochi, Russia. NHL players will not take part in the upcoming Winter Olympics in Beijing after all. A person with direct knowledge of the decision tells The Associated Press the league is going to withdraw from the Olympics after the regular-season schedule was disrupted by coronavirus outbreaks, Tuesday, Dec. 21, 2021.(AP Photo/Julio Cortez, File) 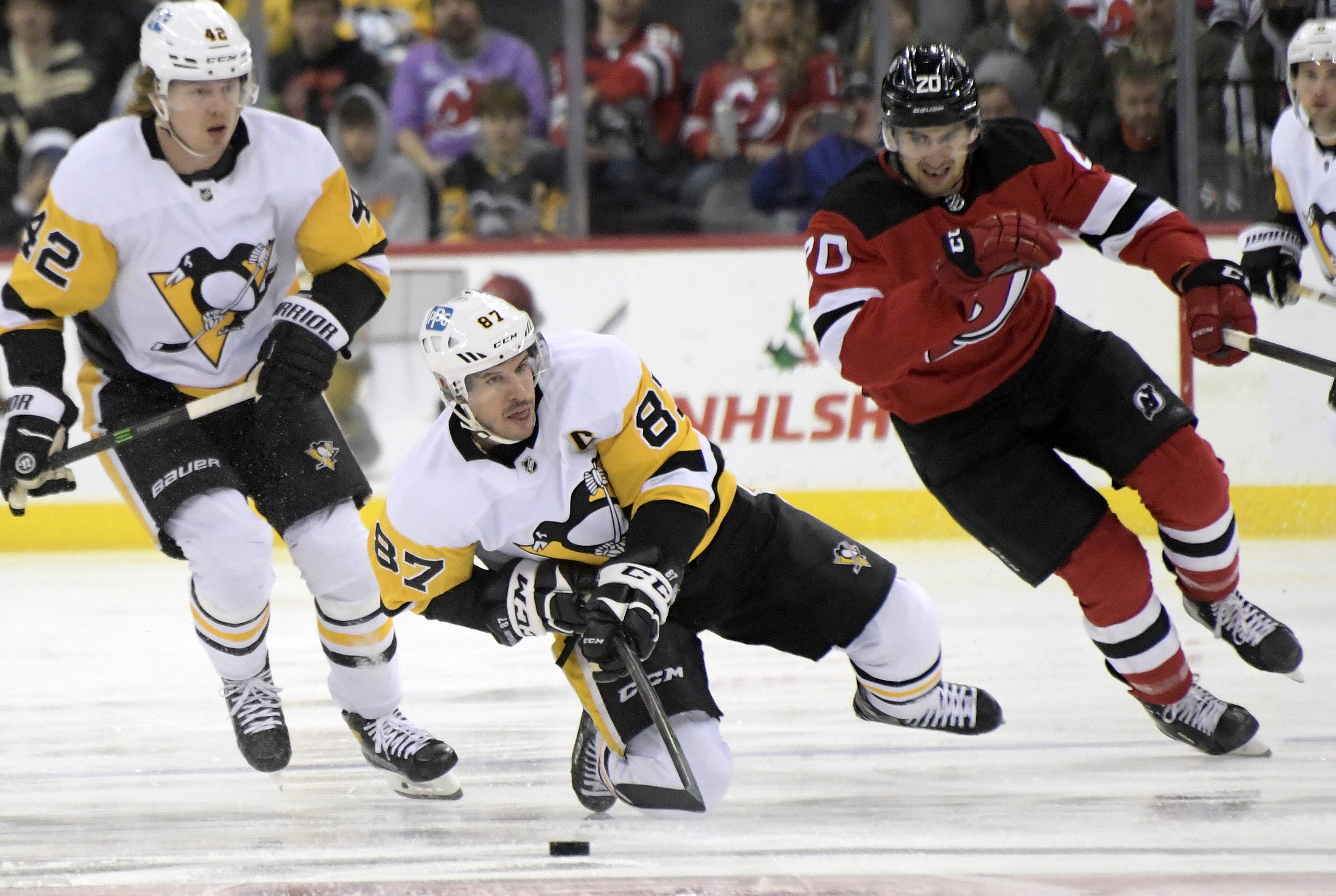