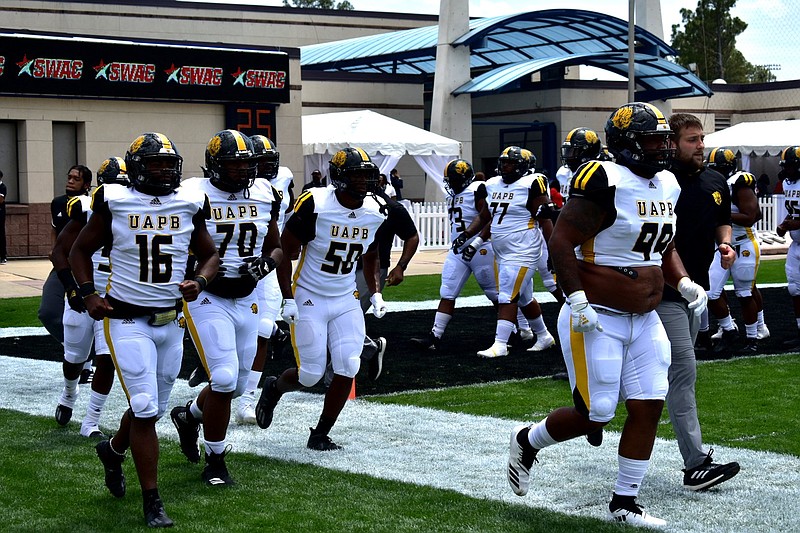 The University of Arkansas at Pine Bluff got off to a good recruiting start by landing 13 players for the incoming class of 2022.

The early Division I football signing period for high school players was Dec. 15-17, while it remains open for midyear junior college transfers through Jan. 15.

The Golden Lions focused heavily on the defensive side, where the injuries piled up during the season and hindered their ability to slow down offenses during a 2-9 season.

"The secondary position is the biggest area that we wanted to hit," Lions Coach Doc Gamble said in a news release last weekend. "During the season, we even had to move some wideouts over on that side just to create some depth. We were forced to play some young guys because of all the injuries."

"We played our last three games without a starting DB," Gamble said. "We had to throw those young guys into the deep water, and they had to learn how to swim. We really didn't want to play them that soon because some of them weren't ready, but they had to play."

Former Camden Fairview wide receiver Javien Clemmer (6-0, 175), who played his high school senior year at Cedar Hill (Texas), is transferring to UAPB from New Mexico State University. Clemmer did not record any stats with the Aggies.

"We're excited, and we think we'll have a really solid group when it's all said and done that'll help us get better," Gamble said.