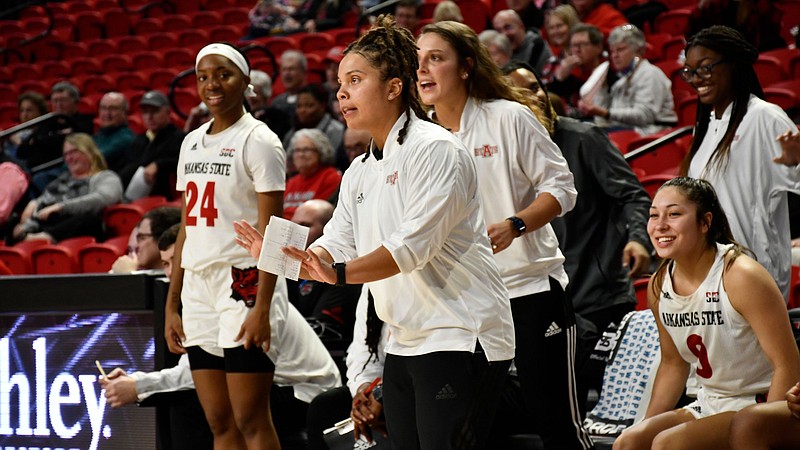 Destinee Rogers was hired earlier this month as the interim coach for the Arkansas State women’s basketball team. Rogers has a strong basketball resume, having won four state titles in high school and enjoying a successful career at Central Arkansas before turning to coaching. (Photo courtesy Arkansas State Athletics)

Destinee Rogers walked into the locker room Sunday evening armed with a brief message for her Arkansas State women's basketball team. They'd chat for a few minutes, celebrate a 98-48 victory over Hendrix College and then move on to their final nonconference matchup.

Rogers didn't expect her team to have a message in return.

That was when one of Rogers' staff members opened up a video from South Carolina Coach Dawn Staley. A four-time Olympic gold medalist and 2017 national champion at the helm of the Gamecocks, Staley congratulated Rogers on becoming the first Black female head coach at Arkansas State.

She also told Rogers to keep an eye on the mail. A piece from South Carolina's championship net was on its way to Jonesboro -- just as Staley, the second Black coach to win a women's basketball national title, did for all of the Black female coaches in Division I earlier this fall.

"It was definitely a shock to me," Rogers told the Arkansas Democrat-Gazette. "There's no secret why she's successful, and a lot of what I do, I kind of mirror what she does but I put my own sauce on it."

Even more shocking than Staley's surprise was Rogers' ascent to the top of the Red Wolves' program, an interim move that came nine days ago in the wake of Matt Daniel's stunning midseason resignation.

But whatever sauce Rogers was cooking up in her third season as an ASU assistant has the Red Wolves getting results, winning all three games since her promotion, including Wednesday night's 74-71 comeback victory at Southern Illinois-Edwardsville.

To those who have witnessed her development as a coach up-close, it's not particularly stunning.

"When that door is open, you've got to jump," said the University of Central Arkansas Coach Sandra Rushing, who first hired Rogers in 2012. "The door's open, and I know Dezz is going to succeed because she knows nothing else."

That success dates back to Rogers' high school days. Playing for her dad, Ronald, she won back-to-back Class 2A titles at Strong as a freshman and sophomore, then jumped up to the 5A level and did the same at Camden Fairview in her junior and senior seasons.

Rogers then played for Daniel at UCA, starting three years for the Sugar Bears and helping the program to its first postseason appearances.

Daniel was hired at Marshall that May, but Rogers so impressed Rushing, UCA's replacement, that Rogers stuck around as a graduate assistant. Only a few months later did one of Rushing's assistants suddenly depart, making Rogers a Division I assistant coach at 22.

"I knew she was going to be a coach," Ronald Rogers said. "She was my point guard, my coach on the floor and you could see it. It was written all over -- just a great leader and a great team player and just a winner."

Rogers didn't take long to adapt to the coaching lifestyle. Rushing recalled occasions when Rogers would swing by her house with a DVD of game film at 2 or 3 a.m.

Rogers spent three more seasons as a full-time assistant, playing a major role as UCA reached the 2016 NCAA tournament for the first time.

But after that run, she departed the college ranks to take the head coaching job at El Dorado High School, following in her dad's footsteps. Ronald is now the head coach at Little Rock Christian, where he won a state title in 2019.

"My dad is my hero. He's the person I call when I want to talk basketball," Rogers said. "I knew in the future I wanted to be a head coach. I craved that. I took that opportunity [at El Dorado] so I could learn as much as I could in that role."

The Wildcats reached the state semifinals in her first season in 2016-17. But after three years at El Dorado, Daniel brought Rogers back to the college game when he returned to Arkansas as ASU's head coach in 2019.

He promoted Rogers to associate head coach a year later, further cementing that Rogers was on the track she desired.

Her players recognized it, too.

"She made relationships with her players and that made me feel comfortable," Arkansas State senior guard Morgan Wallace recalled. "That translated onto the court that I felt confident in my play."

Of course, Rogers said she never imagined she'd become a Division I head coach this way, replacing the very coach who'd recruited her 13 years ago less than 24 hours before a game in the middle of December.

Daniel informed Rogers face-to-face the night of Dec. 13, a couple of hours before ASU officially announced the news.

She and the Red Wolves didn't have a choice. Rogers was formally named interim head coach Dec. 14 and ASU hosted Mississippi Valley State that evening.

Ronald was in the stands that night, along with his wife, Angela, as they watched their daughter become the first Black female coach to win a game for the Red Wolves.

"You do everything as a parent to give your kids what they can be successful with," he said. "You bring them up the right way and encourage them to do the right things. ... I think that she's doing it the right way.

"[I told her] you hate it happened the way it happened because of the relationship you have with Coach Daniel, but at the end of the day, this is your opportunity to show that you belong."

Rogers said she knows what it's like to lead a group of young women. She's done it for the past three decades as the oldest of four sisters

Desiree, 30, played with and for Destinee at UCA. Wynter, 18, is redshirting her freshman season at West Virginia after playing for her dad at Little Rock Christian. And Whitley, 13, could be the next of Rogers' standouts when she gets to high school next year.

As much as Rogers wants to win -- she's done plenty of it over the years -- the rest of the 2021-22 season is about making sure her team knows more than just turmoil. 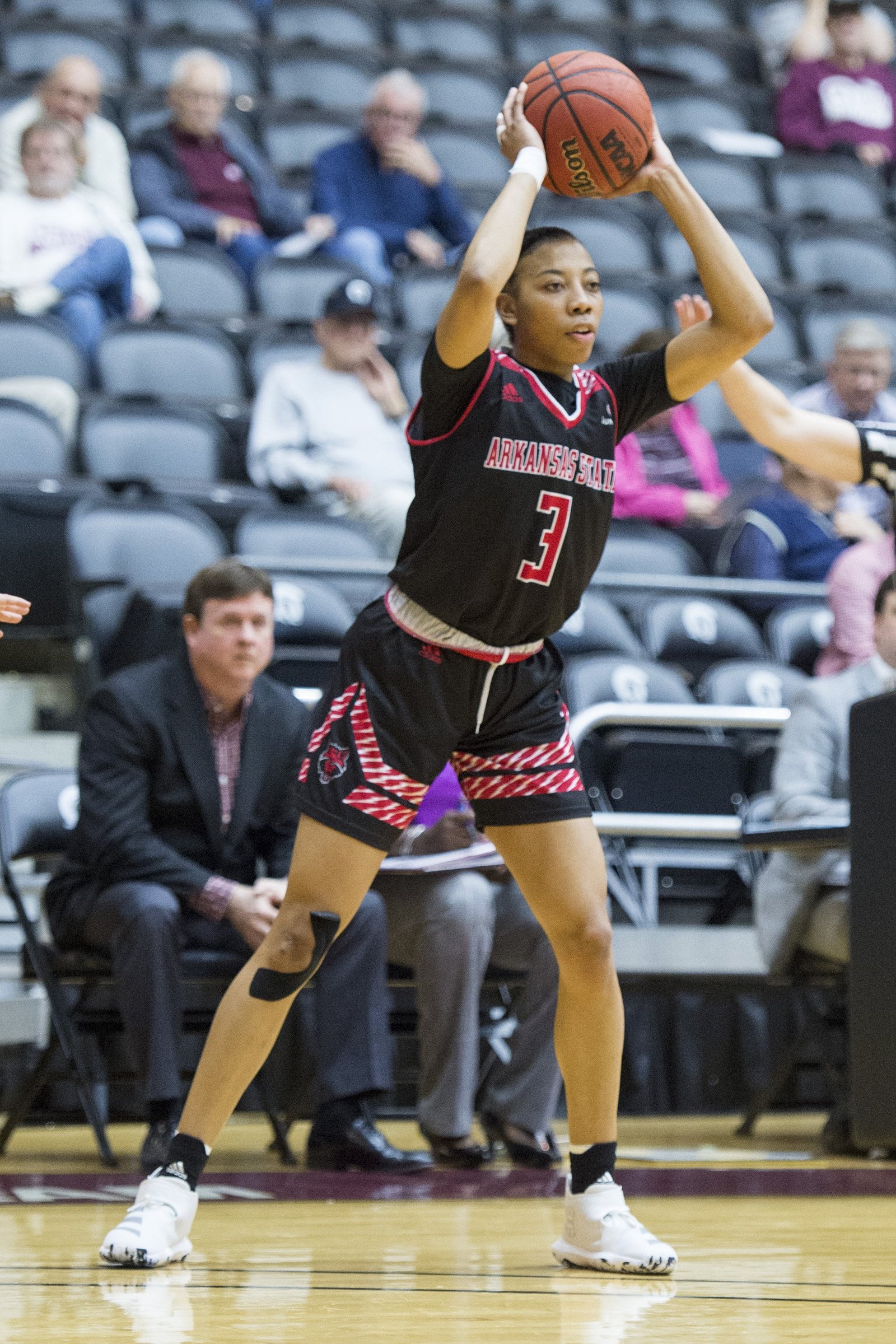