Regional transit agrees to weighted voting based on contributions 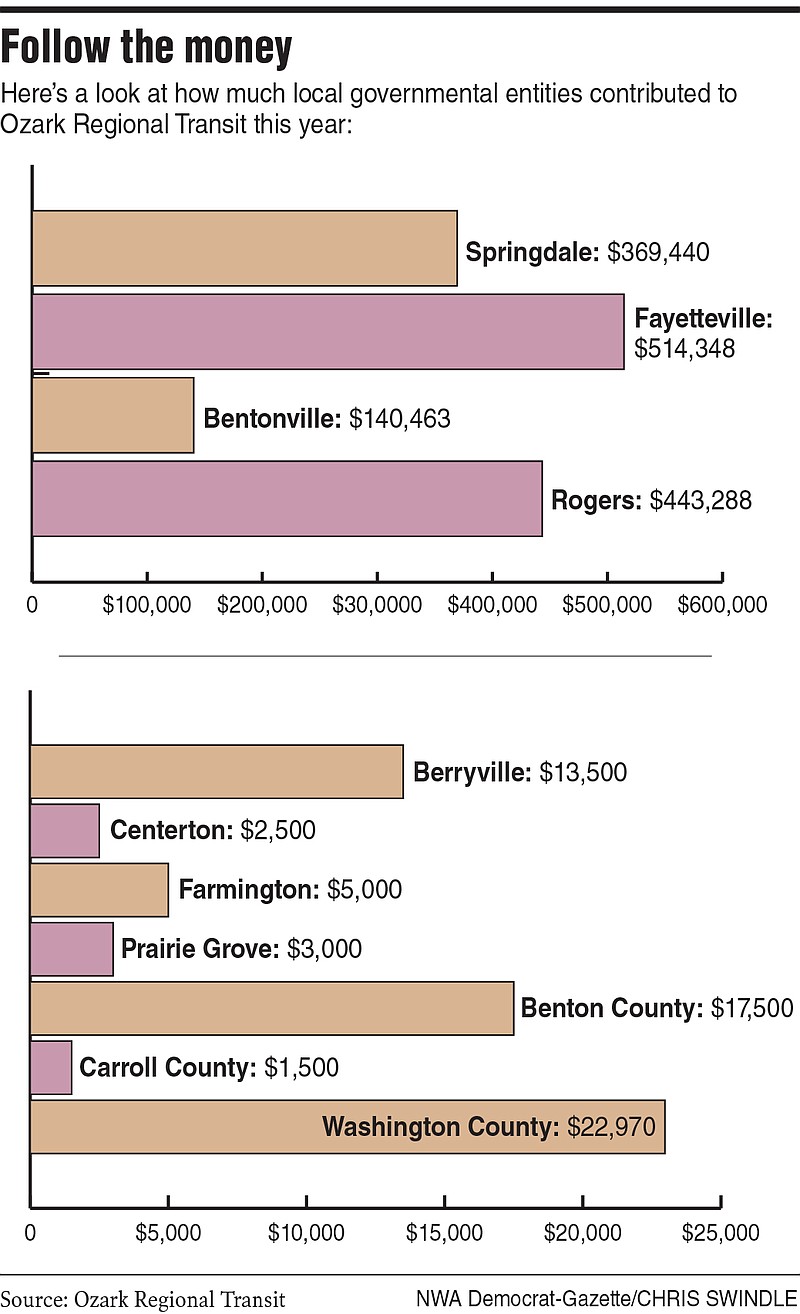 Ozark Regional Transit Authority officials have reached consensus on a weighted voting system that will give more votes to members who give the most money.

The board has worked for several months to come up with a plan to make voting more representative as it prepares to implement a 10-year public transit improvement plan. The plan, Connect Northwest Arkansas, has a more urban focus.

The authority is looking to change its board to address that urban and rural divide. About 96% of its ridership is in the four major Northwest Arkansas cities, and those cities contributed all but about $70,000 of the $1.5 million in local funding Ozark Regional Transit received this year.

The proposal will be added to the authority's bylaws, and votes will be divided up for the first time in January. The previous model gave each member entity one vote.

The four original cities (Fayetteville, Springdale, Rogers and Bentonville) and the four original counties (Benton, Carroll, Madison and Washington) that created the Ozark Regional Transit system will be considered legacy partners. Each legacy partner will be represented by one director, with at least one vote.

A legacy partner will receive an additional vote for each $250,000 in pledged annual contributions to the authority. A governing entity's portion of the total vote will be capped at 49% so that no single entity gains a majority.

"It still needs to be a board of people who are working together as opposed to one organization that would take over and be the godfather of the board," Joel Gardner, executive director, said last week.

Any new member cities to the authority will be allocated one vote and additional votes based on their financial participation level.

Votes will be reallocated each January based on pledged contributions for that year. Votes based on contributions will remain in effect until the next January.

"Ideally, there should never be a tie," said Mike Lanier, board chairman and Madison County representative. "If we're that close, we probably need to step back and do some more negotiating to see what would make everybody more agreeable."

In addition, the board can change the minimum contribution needed for an additional vote, $250,000, if the membership becomes unwieldy. Members will decide whether they want to have multiple representatives or give all their votes to a single representative.

Gardner also told the board that he continues to lose employees to higher-paying jobs. It's getting difficult to cover all the routes, and employees are often asked to work double shifts, he said.

"We're being outmanned and outgunned," he said.

Some of the competition includes companies that haul dirt and rocks; convenience stores; and Razorback Transit, a sister organization. All start employees at around $17 per hour while Ozark Transit starts at $13.50.

Gardner asked each board member to go back to his entity and request more money. A total of about $857,800 would allow him to offer a $17.50 starting wage, he said.

The four major cities would bear the brunt of the requested increase, ranging from $275,795 for Fayetteville to $157,322 for Springdale.

Peter Nierengarten, Fayetteville's representative on the authority, said that request would be a big one given most governmental entities have already finalized their budgets for 2022. Nierengarten requested alternatives.

"I know you're under hardship and duress trying to fill these positions. I'm just not optimistic we could get this this year, and you can't wait until 2023 to deal with this," Nierengarten said, adding 2023 is probably the soonest Gardner could get all entities involved to make this sort of financial commitment.

Gardner said he would explore whether federal covid-relief money or money from a recently approved federal infrastructure bill could be used. 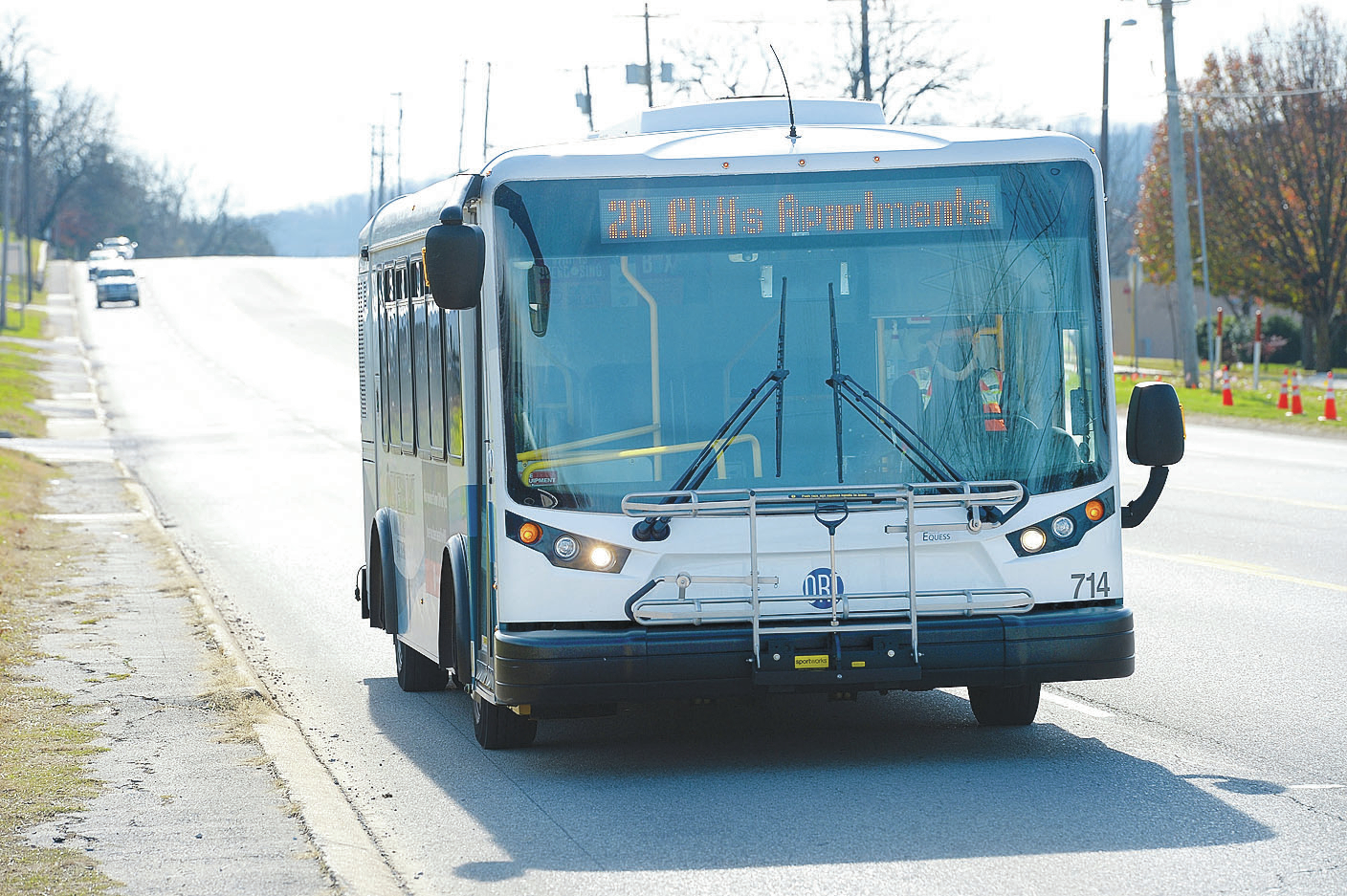