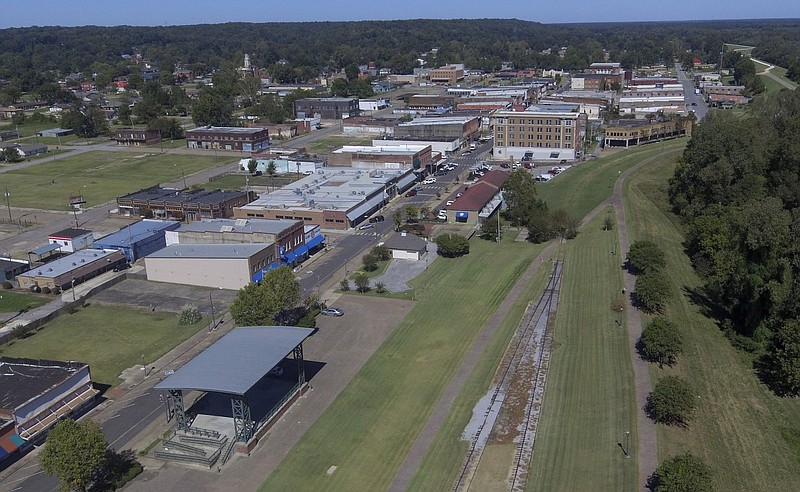 The Central and Northwest metropolitan areas of Arkansas have grown in population over the past decade, but towns in the Delta -- with the exception of Jonesboro -- lost people in large numbers, according to data from multiple agencies.

Kenneth Crosskno, a farmer from Mississippi County who has lived just a few miles outside of Blytheville for his entire life, said he has witnessed the change around him.

"This area has always been a farming community and still is now, but not many people are living out in these rural areas. Houses get older and people move out and nobody replaces them and they get torn down and turned into farmland," he said. "Less people work on farms now. People are looking for other jobs or moving to towns where more stuff is available."

The University of Arkansas Cooperative Extension Service earlier this year released the 2021 Rural Profile, which predicted a population decline in rural areas. The drop was confirmed by the U.S. Census 2020 numbers.

Crosskno said when he was growing up, he went to a school in a small town called Dell.

"It was a rural area that had a population of 200 people," he said. "The town is still there, but the school is long gone. At one time, there were three little stores in the town, and now there is nothing. Just houses and a few churches left. A couple of businesses try to go there, but it's hard to operate and hard to open in a place like that. Now everybody just goes to shop in Blytheville or Jonesboro."

Jo Ann Cox, a teacher at DeWitt High School in Arkansas County, said in an interview in August that young people are leaving rural towns.

"There is no entertainment here," she said. "You have friends, family and you have church, but besides that, we don't have a lot and that is why we lose a lot of our children to the city. This is sad because if some of them come back and start industries and businesses, we could be a vibrant town again, but I don't blame them for leaving."

Quinyatta Mumford, the section chief for rural health at the state Department of Health, said health inequity in the Delta can't be mentioned without noting the loss of people.

"The population decline is mostly because people are moving out and migrating to urban counties," she said. "When younger people move out, it leaves the older population behind in these areas."

The Rural Profile showed that rural Arkansas counties tended to have an older population than is in urban counties.

Twenty percent of the population living in rural counties were at least 65 years old, compared with 15% in urban counties.

Shelby Johnson, geographic information officer for the Arkansas Geographic Information Systems Office, told those present at a state Board of Apportionment meeting in August in Helena-West Helena that 2020 U.S. census results showed that population decline was prevalent all over the Delta.

Central Arkansas and Northwest Arkansas metropolitan areas both grew, as did Jonesboro in the Delta.

Other cities in the Delta saw losses:

David Chenault, a teacher at Barton High School who lives in Helena-West Helena, said when he is driving home, he sees the abandoned homes.

"There is just a lots and lots of empty houses, and people aren't trying to buy them or live in them," he said. "People are leaving, and nobody is taking their place."

Crosskno said there is a natural concern in these rural communities that the concept of farming is starting to fade away.

"This is just theory and speculation, but it has been trending that way for a while," Crosskno said. "There are fewer and fewer people who even want to work on a farm. Thirty years ago, people worked for a farm because they couldn't find a job anywhere else. People I got working for me today are there because this is what people want to do, and there isn't a lot who do. I am running shorter crews than I ever have."

• Pine Bluff recorded 7,830 fewer people from 2010-20. It slid from the state's ninth-largest city to the 10th-largest, and it had the second-largest percentage decrease in a municipality with more than 5,000 people, with 19%. Pine Bluff's population is now listed as 41,523.

Cox said she is afraid what the future might hold for cities like DeWitt if things don't change quickly and drastically.

"I think you will have a few people still living here, but it will be a ghost town," she said. "I imagine weeds growing through the roads. If the two major industries close, the smaller shops will too. You will still have farms and farming industries here, but that would be it."

Robert Scott, director of the University of Arkansas Cooperative Extension Service, echoed similar concerns but also sees the possibility for a turnaround.

"You see some of these small towns ... in the Delta, and you don't see anything going on anymore," Scott told the Arkansas Democrat-Gazette. "I think it's possible this continues if things don't change. They won't be 100% a ghost town, but you will see a lot of decline. It's a complicated problem, but I do think there is ways for it to succeed."

"This is why it's important to get this information to county judges, state legislators and others who can help," he said, referring to the Rural Profile. "It's a natural progression, but we still have a heavy agriculture influence in this state. Our farmers need to be able to live, work and be healthy."

Scott said organizations like his should always be looking for opportunities to turn things around for small rural towns.

"We are seeing a lot of examples of rural communities seeing a renaissance," Scott said. "Lonoke is one of them seeing economic growth as of late. ... We hope this profile can be used to present these communities as a new factory or downtown rejuvenation program."

Scott said the domino effect when a business leaves can be used in reverse.

"When you see a new business open, you can see a domino effect on that as well," he said.