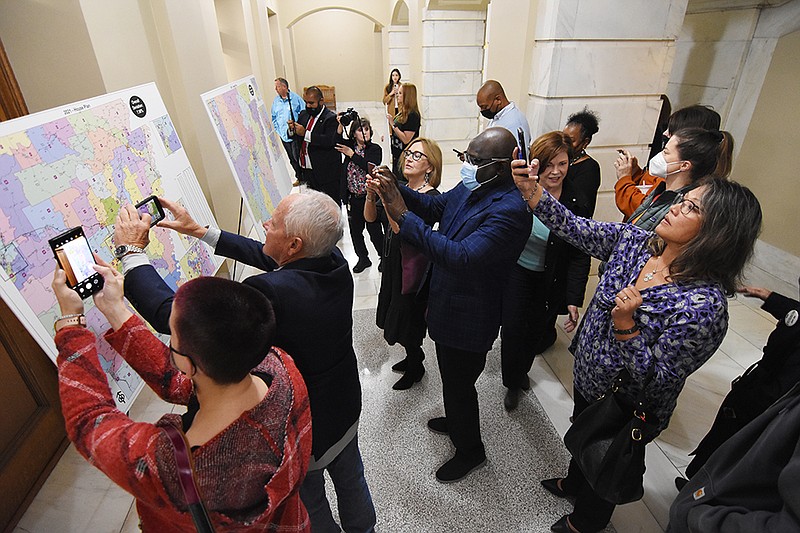 The ACLU of Arkansas says it is suing state officials over a redistricting map for the state House of Representatives, arguing the plan dilutes the voting strength of Black residents.

At issue in the federal lawsuit are the new House district boundaries approved by the GOP-controlled Arkansas Board of Apportionment, a three-member board tasked with setting new legislative maps based on information from the U.S. census every decade.

The ACLU of Arkansas, which filed the lawsuit on behalf of the Arkansas State Conference NAACP and the Arkansas Public Policy Panel, says the plan weakens Black voting strength and violates the Voting Rights Act.

“Arkansas has historically diluted the political power of Arkansas’ minority populations,” she said in the statement. “If newly drawn maps aren’t updated to fairly represent all Arkansans, these communities will continue to face obstacles to meaningful participation in the political process.”

Gov. Asa Hutchinson, state Attorney General Leslie Rutledge and Arkansas Secretary of State John Thurston are listed as defendants in the federal litigation. Their offices did not immediately respond to requests for comment on Wednesday.