Secretary of state calls on Chinese authorities to stop arrests by Compiled by Democrat-Gazette Staff From Wire Reports | December 31, 2021 at 3:52 a.m. 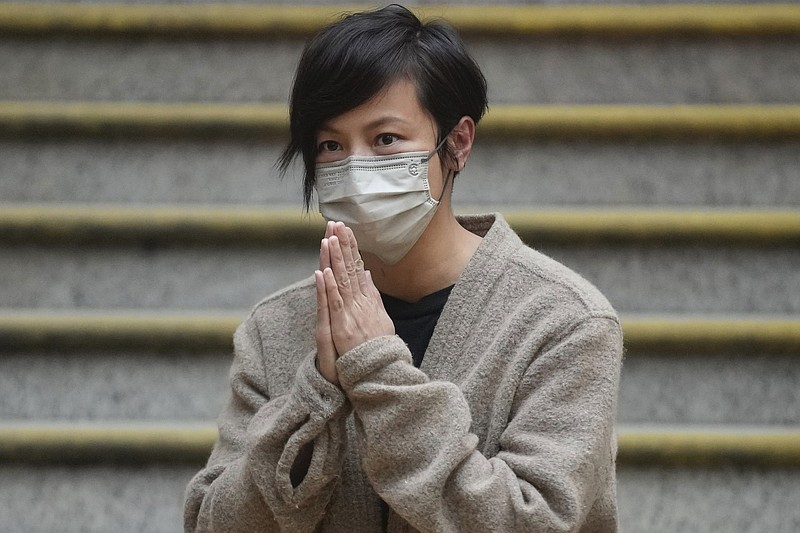 Hong Kong activist and music star Denise Ho bows to well-wishers as she is released from Western Police Station after more than 24 hours in custody Thursday. Hong Kong police arrested her Wednesday in relation to colonial-era charges of sedition, because she was connected to Stand News, which closed Wednesday after police raided its office and arrested its senior staff. (AP/Vincent Yu)

Blinken's comments Thursday came in response to Stand News's decision to lay off all its staff and cease operations. The move came hours after more than 200 police officers raided the outlet's newsroom, froze some $7.8 million of assets and arrested seven people connected to it on a colonial-era sedition law.

"Journalism is not sedition," said Blinken in a statement, calling on Chinese and Hong Kong officials "to cease targeting Hong Kong's free and independent media and to immediately release those journalists and media executives who have been unjustly detained and charged."

The collapse of Stand News is the latest in a series of devastating blows to the pro-democracy opposition in the former British colony, which is guaranteed freedom of the press under a "one country, two systems" arrangement with Beijing.

Blinken called on Hong Kong authorities to release the detainees, and Canadian Minister of Foreign Affairs Melanie Joly said her country was deeply concerned about the arrests, which included singer Denise Ho, a Canadian citizen and activist.

Joly tweeted that "freedom of media and expression remain cornerstones of democracy and essential to the protection of human rights and fundamental freedoms." She said that Canada will continue to speak out and denounce violations of these freedoms, in partnership with our international allies.

According to a charge sheet, national security police filed one count each of conspiracy to publish a seditious publication against Chung Pui-kuen and Patrick Lam, former editors at Stand News. Police also said they would prosecute the company for sedition.

The cases were brought to West Kowloon court on Thursday, police said in a statement. Lam was not present in court because he was in the hospital. Both were denied bail.

[Video not showing up above? Click here to watch » arkansasonline.com/1231lam/]

The others have been detained for further questioning. They include four former Stand News board members, including Ho and former lawmaker Margaret Ng. Ho was released from police custody on Thursday afternoon.

Chan Pui-man, a former editor at the pro-democracy Apple Daily newspaper and Chung's wife, was also arrested. Apply Daily was forced to cease operations earlier this year after its publisher, Jimmy Lai, and top editors were arrested and its assets frozen.

The seven were arrested on Wednesday under a crime ordinance that dates from Hong Kong's days as a British colony before 1997, when it was returned to China with a promise from Beijing that it would keep Western-style freedoms for 50 years. If convicted, they could face up to two years in prison and a fine of up to $640)

Amanda Milling, the U.K.'s minister of state for Asia, said on Twitter that the actions "further erode freedom of speech in Hong Kong" and pledged to work with international partners to push back.

Blinken said that Hong Kong's guarantees of press freedom and access to information were what has enabled the city to flourish as an global center of finance, trade, education and culture.

"Freedom of expression, including media freedom, and access to information provided by an independent media are critical to prosperous and secure societies. These freedoms enabled Hong Kong to flourish as a global center for finance, trade, education and culture," he said.

Information for this article was contributed by Kari Lindberg of Bloomberg News (TNS) and by Zen Soo of The Associated Press. 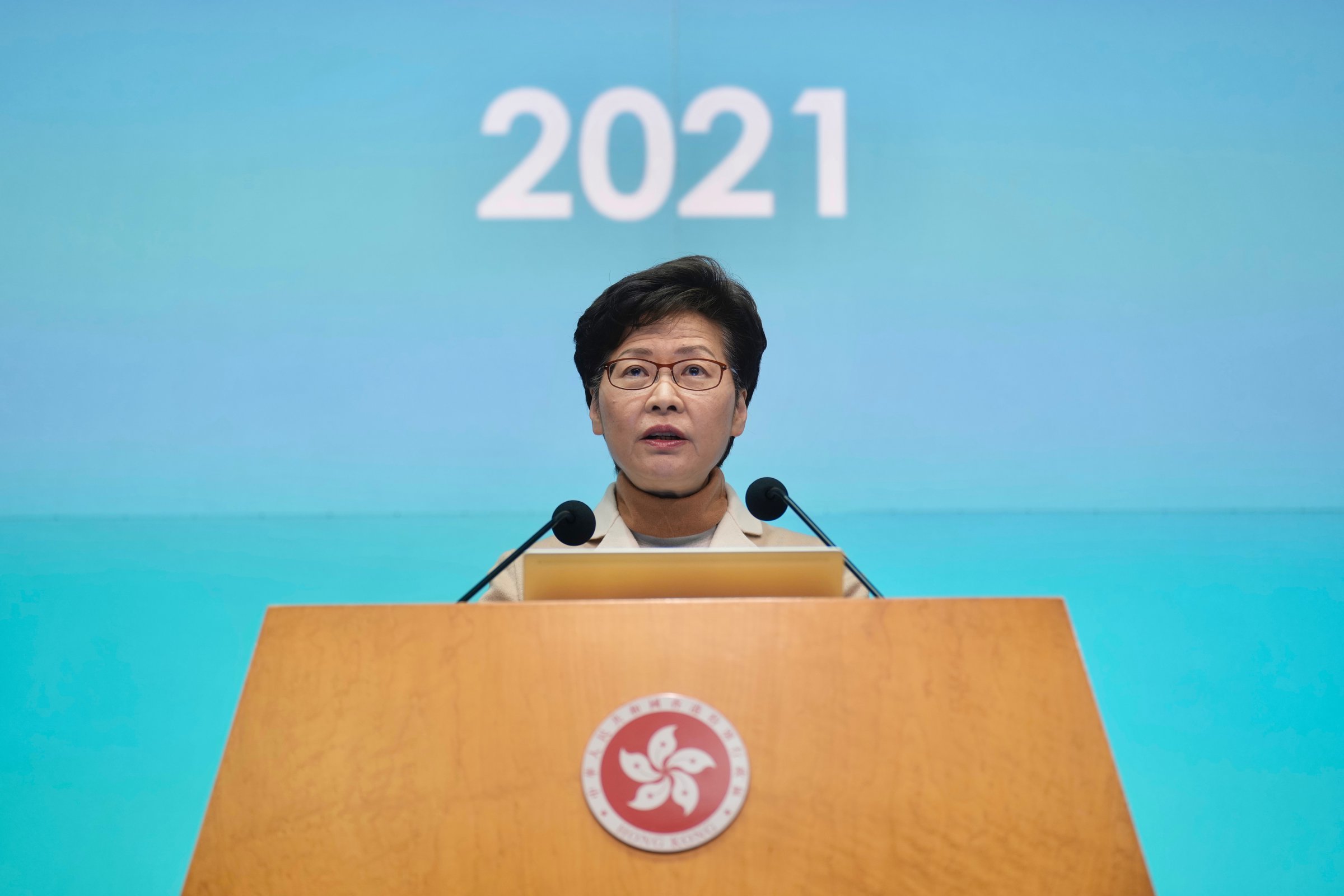