OPINION | REVIEW: 'Call of the Sea' is mostly a game for hardcore puzzlers 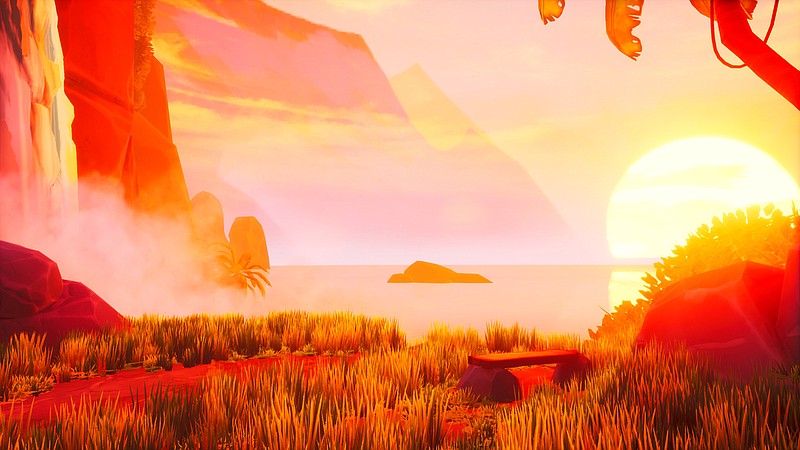 A scene from the video game "Call of the Sea." (Raw Fury)

There is a moment late in "Call of the Sea" where Norah Everhart, the game's heroine, is walking through an otherworldly temple adorned with murals depicting ritual sacrifice. "This place is like a labyrinth," she says aloud, then, looking at one of the murals, she gasps, "They were submerged in black ichor!"

I giggled to myself when I heard those words because they seemed to perfectly sum up the pulpy tenor of this game, which wears its affinity for H.P. Lovecraft and weird, early 20th-century fiction like a flower in a lapel.

Set during the closing months of 1934, "Call of the Sea" is a demanding puzzle game that follows Norah, a former art teacher, as she travels by ship to an island east of Tahiti. Her journey from Denver to the South Pacific is occasioned by a package she received in the mail that contained a key, an ornamental knife and a picture of her husband, Harry, with the coordinates of the island written on the back.

For the past few months Norah has fretted over the whereabouts of her husband who vanished while trying to find a cure for his wife's mysterious illness.

On the trail of her husband, Norah discovers that the people of Tahiti and the seafaring folk who work in the area shun the unnamed neighboring island. But she finds the captain of a ship who is willing to drop her off in a paddle boat near the island and return to pick her up three days later. As she draws closer to the shoreline she is startled by the sight of a stone obelisk rising above a promontory near the center of the island. It matches a drawing she made that was inspired by a dream.

Ashore, she discovers that the feelings of chronic fatigue associated with her illness are gone.

As Norah heads inland she will come across symbols and ideograms on the surfaces of walls and objects, which she'll jot down in a notebook. One of the easier puzzles early in the game finds her needing to decipher the marking on a device that controls the directional orientation of a wooden bridge. By exploring the nearby area Norah will come across pillars containing symbols along with drawings of mountains, fish and water. She can use her findings to figure out the sequence in which to arrange the dials on the device that controls the bridge.

The game's story is a pastiche of genre cliches: an island that acts as a portal to another realm; an illness that brings with it a gift as well as a curse; madness; blood sacrifice, etc. Everything feels derived from something else. (Even Norah's plucky spirit seems like it was cribbed from movies.)

However, the game's art direction and ingenious puzzles give "Call of the Sea" undeniable momentum.

I played "Call of the Sea" on an Xbox Series X hooked up to a Samsung 4K QLED TV after first trying it out on my computer. I couldn't help but note how much better it looked with HDR lighting, so I started the game over on the Xbox. Watching the color of the sky shade from yellow to green to violet, depending on where Norah is standing, made for its own pleasant diversion early on, while near the end there are underwater sections that I enjoyed solely for their aquatic beauty.

"Call of the Sea" is stuffed with puzzles that range from very clever to borderline maddening. To unlock the secrets of the island and her own latent abilities, Norah will have to play instruments, translate symbols, arrange constellations, manipulate water levels and press all sorts of levers at the right time or in a particular order.

There is no way I could have completed the game in time to finish this review without consulting online resources. Truthfully, even if I'd had more time, I would not have had the patience to pour over some of the puzzles — because I was indifferent to Norah's fate.

Still, the care that went into the game's mechanics construction is evident. (Cue Zelda metaphor: Imagine a game that feels like a big water temple.)

"Call of the Sea" will be welcomed by those who enjoy a challenging puzzle game with a matinee feel of familiarity and extravagance. For those of us with less patience, there are other ways to spend our time.

“Call of the Sea”

Developer: Out of the Blue

Rating: E for Everyone; Commonsense Media suggests age 10 and older