OPINION | READ TO ME: Zapped and trapped in a video game 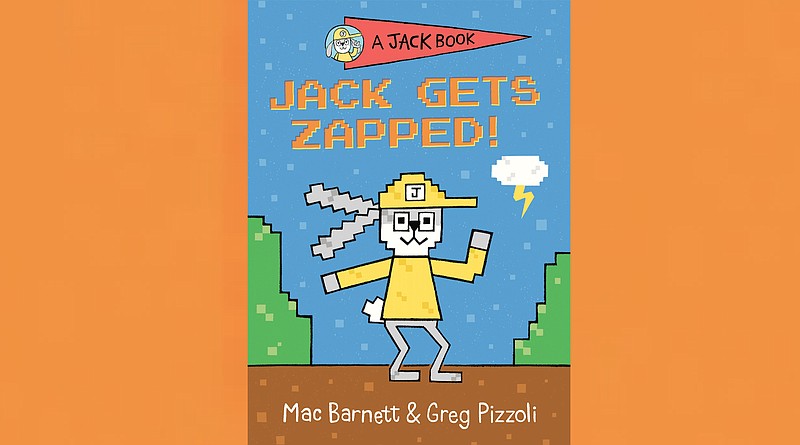 STORY: With the addition of "Zapped" to the Jack series, early readers have eight of these unpredictable, easy-to-read chapter/picture books about a headstrong, self-centered rabbit who lives with Rex the dog and The Lady.

On this rainy day, Rex and The Lady curl up by the fire to read a good book. Very nicely, they invite Jack to join them. Jack doesn't bother to answer. He's playing video games.

Lightning hits the house and — zap! — Jack vanishes. Where did he go? Into the game.

Anyone with any sense might pause over being converted to pixels and wonder about the consequences, but not Jack. As usual, he does what he wants to do: play. He runs through the levels, having a great time. He jumps fire, jumps quicksand, jumps hot lava, does a victory dance. But he meets his match when he reaches the Boss of the game. This monster grabs him up.

Jack's trapped forever, unless someone else can beat the game. The only candidates are Rex and The Lady, and they don't play.

The Lady frowns, but she sits down to try saving Jack. Right away, she loses two of her three lives. Spoiler alert: She makes it to the Boss base, where she sees poor Jack in jail. The Boss shoots fire out of his mouth. He blasts rays out of his eyes. He pounds the ground with one fist.

If The Lady dies one more time, Jack is done for. Oh, no.

Young readers will relish the outcome of this fun story.