Threat from coronavirus outbreak shortens meeting of national congress by The Associated Press | February 1, 2021 at 4:00 a.m. 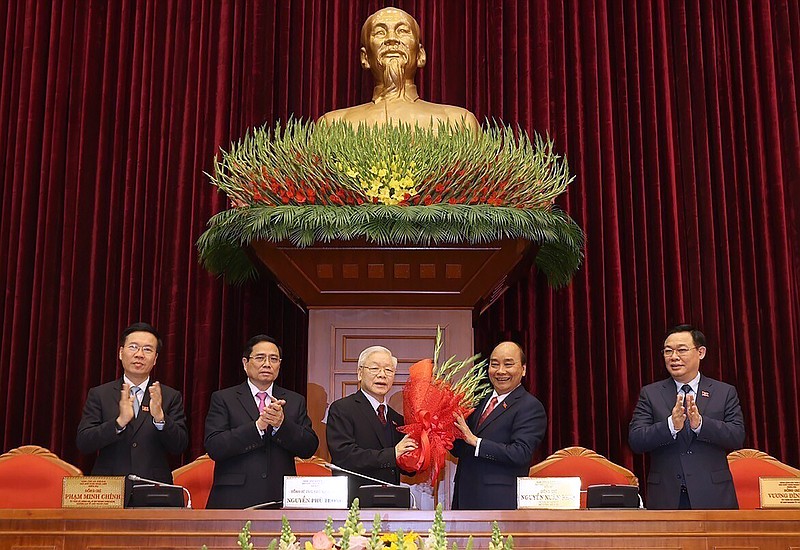 The vote at the 13th National Party Congress in Hanoi took place a day earlier than planned, as the meeting, scheduled to end Tuesday, was being shortened to lessen the threat from a coronavirus outbreak, which last week spread to the capital city.

Vietnam is a single-party communist state, so party leaders almost automatically assume leadership of the government, though debates can take place within the party's bodies and the legislature. The 1,587 delegates at the congress were selected in a process that began at the party's grassroots.

The congress delegates elected the Central Committee, which then voted in the membership of the Politburo. The voting set the ranking of the Politburo members, which determines who gets the top four positions: the general secretary of the Communist Party, the country's most powerful position; the president, a largely ceremonial post; the prime minister; and the National Assembly chairman. The jobs are known as the "four pillars."

It was initially believed that the 76-year-old Trong would not take the top job again because of his shaky health and a rule mandating retirement at age 65. However, he received an exemption from that rule, as he did at the last congress in 2016. He has concurrently been serving as president since his predecessor, President Tran Dai Quang, died in office in 2018.

Although the selection process is closely guarded by the historically secretive party, analysts believe Trong had favored a fellow Politburo member, Tran Quoc Vuong, to succeed him but sought to stay when his pick could not attract sufficient support from members of the Central Committee. There has been speculation that he will retire before serving a new full term if the Central Committee can reach a consensus on a successor.

Trong is known for his tough stance against corruption, and during his second term there were several high-profile corruption cases that made it to trial, including those of two former Cabinet ministers and Hanoi's former mayor.

"Globalization and global integration are on the right track, but they are met with the rise of extreme nationalism, strategic competition and trade wars," Trong told delegates at the opening of the congress last week. "Under the impact of covid-19, the world has plunged into a serious crisis and urgently needs to strategically adjust policies to adapt to the new normal."

The challenges facing Vietnam include long-term economic planning and dealing with pressure from neighboring China, which asserts claims over offshore territory in the South China Sea where Vietnam is seeking to develop oil and gas resources. Hanoi is expected to maintain a delicate balance of relations with Beijing and Washington to leverage U.S. power as a counterweight to the threat from China.

Le Hong Hiep, a Fellow in the Vietnam Studies Program at the ISEAS-Yusof Ishak Institute in Singapore, said it is important for the party to come up with a more sustainable and innovative development strategy for the next five to 10 years.

"Failing to do so will risk causing the country to fall into the middle-income trap, and prevent the party from achieving its vision of turning Vietnam into a developed economy by 2045," he said.

Hiep expects Vietnam to "continue to pursue deeper international economic integration and diversify its foreign relations while strengthening its ties with the major powers."

Vietnam under Trong has experienced healthy economic growth and has been notable for containing the covid-19 threat, to the extent that it was one of the world's few major nations to register economic expansion last year, with almost 3% growth.

Its latest outbreak of the coronavirus will be an early test for the new leadership.

Vietnam has registered 1,781 confirmed cases including 35 deaths so far.

Information for this article was contributed by Grant Peck of The Associated Press. 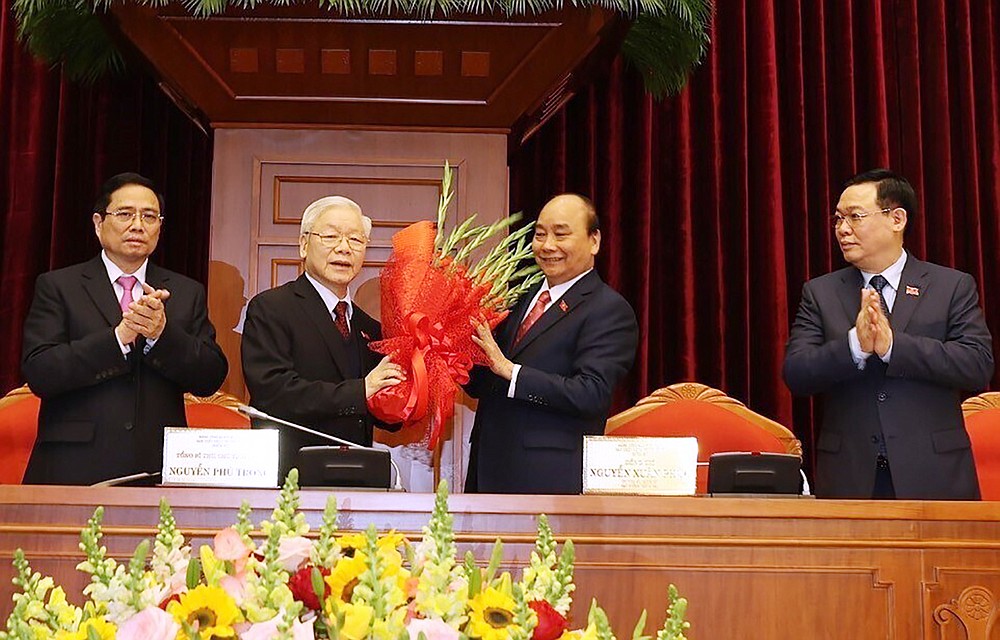 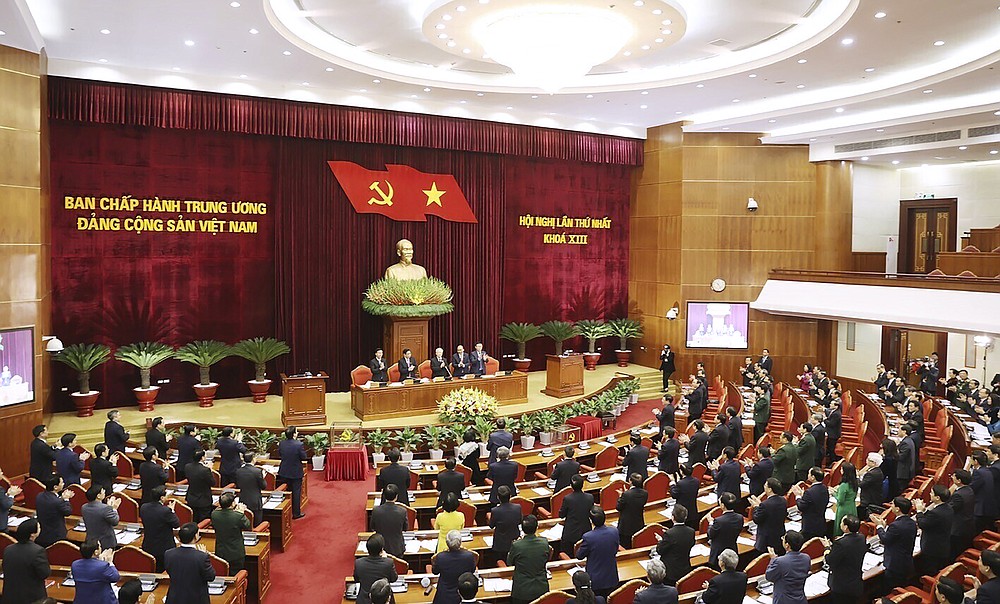 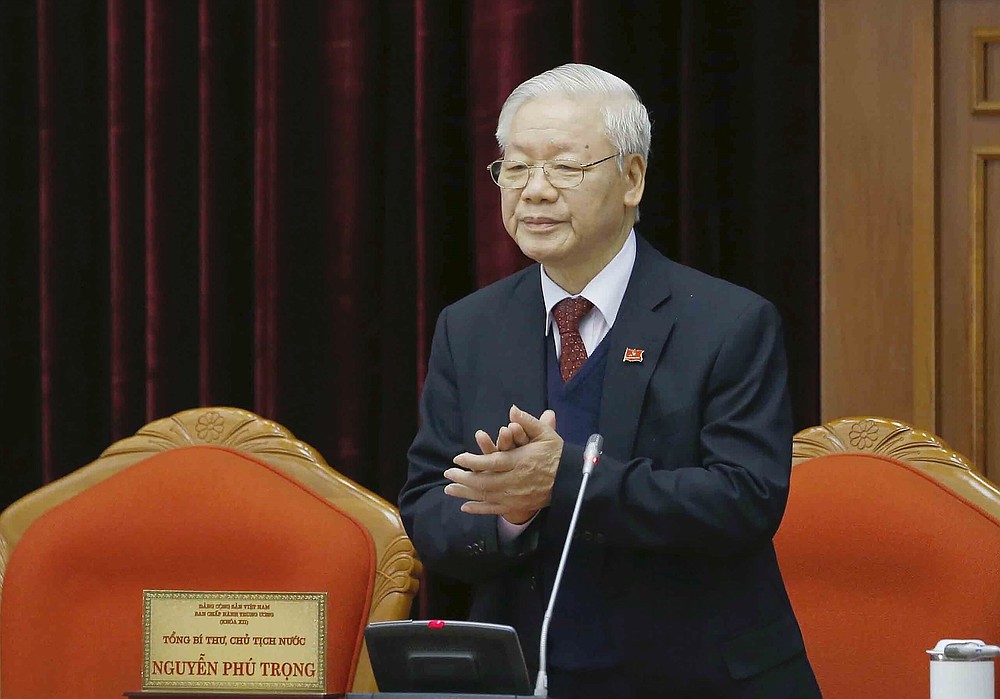