Toughened voter ID plan sent to House; signature at polling place would no longer be enough 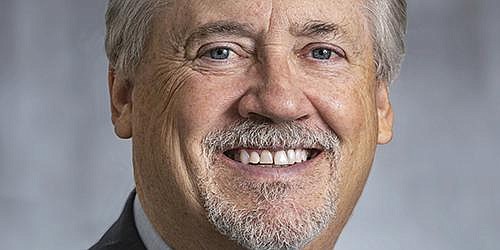 A state House committee voted Monday for a proposal to amend Arkansas' voter-identification law by removing a section that allows voters without proper ID to have their ballots counted by signing their name.

The legislation, House Bill 1112, by Rep. Mark Lowery, R-Maumelle, prompted objections from Democrats and voter-advocacy organizations, who argued that its main purpose was the further disenfranchisement of voters, two years after the state enacted voter-ID requirements.

The Republican-controlled House Committee on State Agencies and Governmental Affairs passed the bill on a voice vote, sending it to the House floor for consideration.

Lowery, the author of the state's current voter-ID law, told the committee that HB1112 was not inspired by a prevalence of voter fraud, but rather the lack of any uniform standard for county officials to determine whether a voter's signature matched with his or her sworn statement allowing a provisional ballot to be counted.

On his social media accounts, however, Lowery has repeatedly shared inaccurate posts depicting the 2020 election as rife with fraud and challenging President Joe Biden's win.

"I never used the word fraud, not one time in my presentation," Lowery said Monday. "I did not claim that there was fraud, I didn't do that in 2017 when I presented the voter ID bill, but what I did do is base the whole bill on studies that say that the faith in the election system has been eroded, slowly but surely."

Rep. David Whitaker, D-Fayetteville, said he's received the most feedback on HB1112 from voters concerned that, without the option of signing their name, they would be required to appear at the the county courthouse with a valid ID no later than noon on the Monday following the election to validate their provisional ballots.

"It's about the ability of folks to get to two places, not just one," Whitaker said.

Arkansas recorded a record-high 1,223,777 ballots cast in the 2020 election, according to the secretary of state's office.

The Heritage Foundation, a conservative think tank that advocates for voter ID laws, lists just three instances of voter fraud in Arkansas dating back to 2002, according to its nationwide database. The most recent case was in 2016.

Following the record-high nationwide turnout in 2020, lawmakers in at least 28 states have filed more than 100 pieces of legislation that would restrict voting access mainly by limiting mail-in ballots, purging voter rolls or enacting stricter voter ID requirements, according to a review by the left-leaning Brennan Center for Justice. The nonprofit group also identified 406 pieces of legislation in 35 states aimed at expanding voter access.

"The idea that there's massive fraud out there, that we need to protect our election process and our ballots, is just not based on fact," Nell Matthews, president of the Arkansas League of Women Voters, testified to the committee.

Under the 2017 voter ID law authored by Lowery, forms of identification that may be accepted by election officials include a driver's license, passport, employee or student ID from an accredited college in Arkansas, a military ID or other state- or federal-issued photo ID card.

Lowery also suggested Monday that eliminating the sworn-statement provision of the law could avert election disputes such as those that occurred in Pulaski County last year, when a box of disqualified absentee ballots was accidentally tabulated by election officials. (The box contained some ballots that had been flagged by officials over concerns that the signatures did not match.)

The erroneous inclusion of those ballots affected two legislative races, where the number of wrongfully counted ballots was more than the margin of victory. The declared winners in both races were ultimately seated.

"If we had had very concrete standards, universally, on mail-in ballots, which would have been the inclusion of a photo ID, that process would have taken significantly less time and would not have had some of the concerning ramifications that had happened," Lowery said.

He added that mail-in voting rates are likely to remain high, "something that is going to be bothersome and cumbersome" for election officials, he said.

The bill requires a two-thirds vote in both chambers of the Legislature in order to pass, because it would amend a section of the Arkansas Constitution requiring that voters present valid identification.

Gov. Asa Hutchinson has yet to take a position on HB1112 and is still reviewing the legislation, his spokeswoman said Monday.