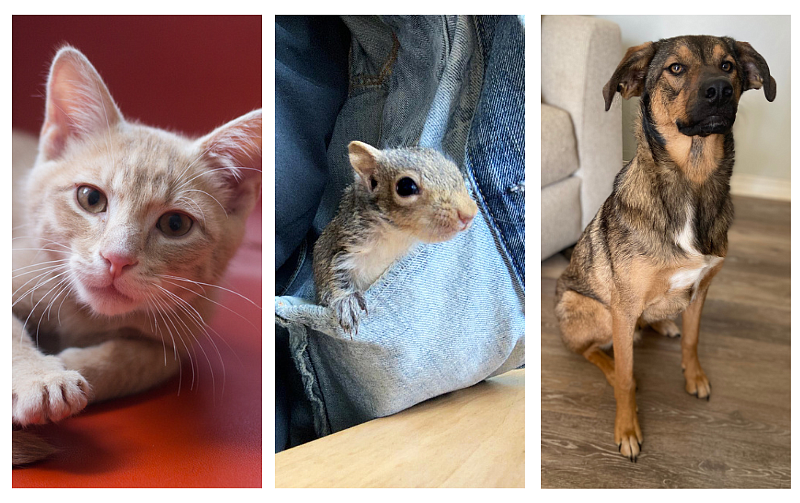 Roux, J.D. and Bud, all pandemic pets. (A previous version of this caption misidentified the right-most pet).

One day in March last year, artist V.L. Cox received a text from a FarmCorps member working in the Hunger Relief Garden at the St. Joseph Center in North Little Rock. They’d found a baby squirrel, who was injured or possibly dead.

Did she want him?

“I said, ‘Really? I don't know anything about squirrels,’” Cox said. But she took him.

Cox nursed the little guy, named J.D. because he was found near a John Deere tractor, back to health, and he remains in her North Little Rock studio. He is among numerous pandemic pets adopted early in the coronavirus outbreak that are now celebrating or nearing their first birthdays.

“He's kind of kept me focused on my work and on myself throughout the harshness of the world,” Cox said. “When you're handling baby animals and little innocent creatures, it just brings you back into the reality of how gentle you can be.” 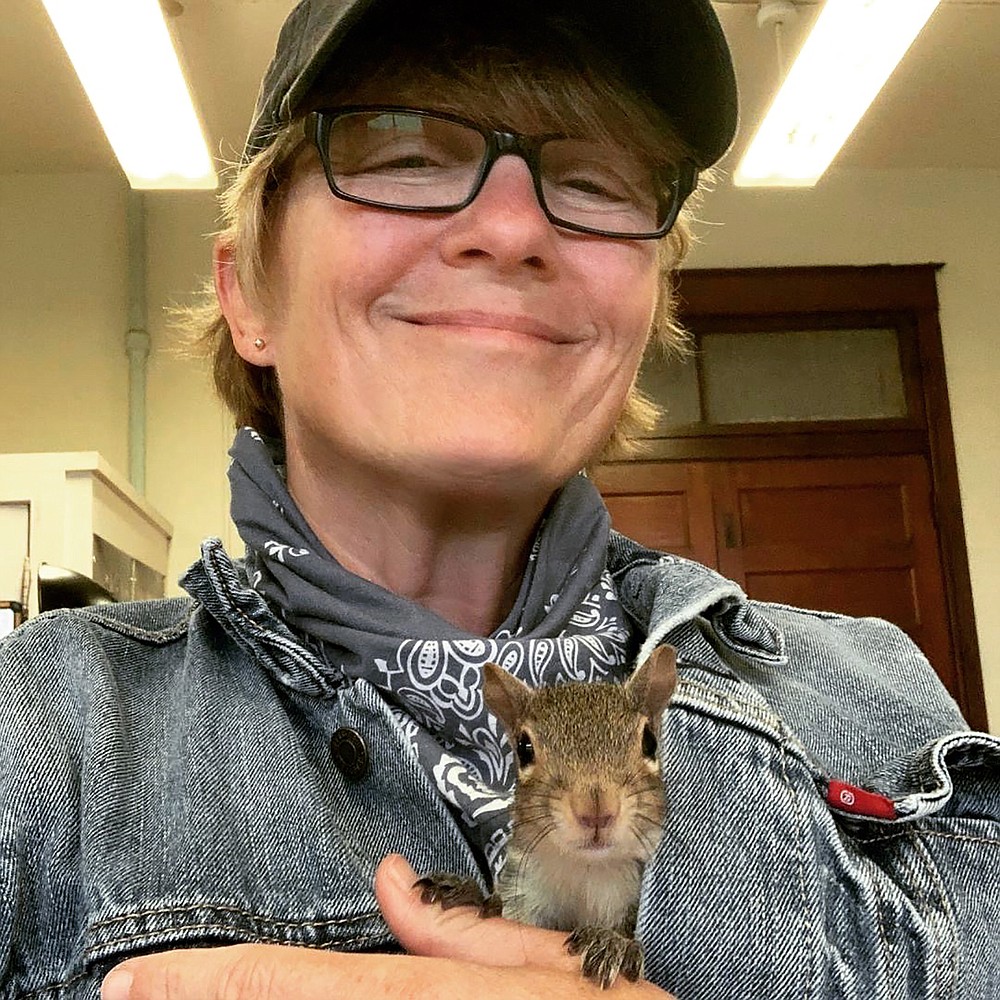 Most people’s adoptions during the pandemic were not of squirrels found in a garden, but rather of cats and dogs, many from shelters.

Little Rock Animal Village had a higher proportion of pets adopted using an online process from mid-March to July than it did during the same four months in 2019, and adopters emptied out the North Little Rock shelter several times over after visitors were allowed back in on June 1.

Officials and owners have both said the increase in adoptions is in large part because people want companionship during the isolation of the pandemic.

“We're all lacking human touch right now,” Cox said. “These little animals have just been something you can embrace, you can hold, you can pet. And of course they give you unconditional love in return.”

In early 2020, Jennifer Quilao and her husband, RJ, had considered adopting a second dog but wanted to wait until they knew where he would be going for medical residency.

After he was assigned to Unity Health in Searcy, they applied to adopt a puppy from a rescue in Little Rock.

Bud came home in March, as coronavirus cases started popping up in Arkansas and Jennifer Quilao began working from home.

“I'm working from home all the time for the first time, we have plenty of time to train a new puppy,” Jennifer Quilao said of the timing. “This is perfect.”

Bud, and his older sister Stella, have been welcome company for Jennifer Quilao, as well as RJ Quilao, who works long shifts with coronavirus patients in the emergency department. 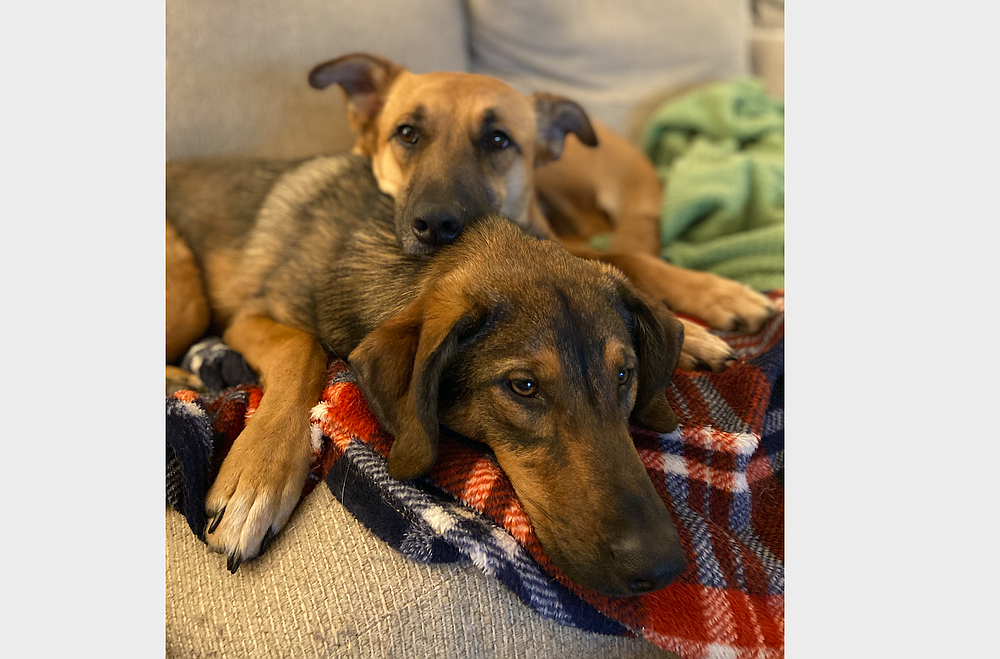 Bud and his sister, Stella.

“Coming home to the dogs is a very, very warm welcome,” Jennifer Quilao said. “They are so excited when he gets home. It just instantly perks up his mood, seeing the dogs so excited to see him.”

Because he is a pandemic pet, Jennifer Quilao said she worries about what Bud will do when she eventually returns to the office, given that she has been home around the clock for the first year of his life.

“I'm really hoping that bug doesn't chew up the couch or start chewing on things because he hasn't been real bad about that,” she said.

David Barber and Sasha Pfau were in a similar situation to the Quilaos early in the pandemic. They were thinking about getting a kitten — one of their cats had died a few months previously, leaving them with just one older cat — and the pandemic gave them “a great excuse,” as Barber put it.

Roux, an orange tabby, has been an energetic addition to their home, they said.

“Working from home has certainly been made much more interesting by having somebody young and full of energy and wanting to run around and climb on everything,” Barber said. “There's certainly been a number of Zoom calls, classes that he has made an appearance in.” 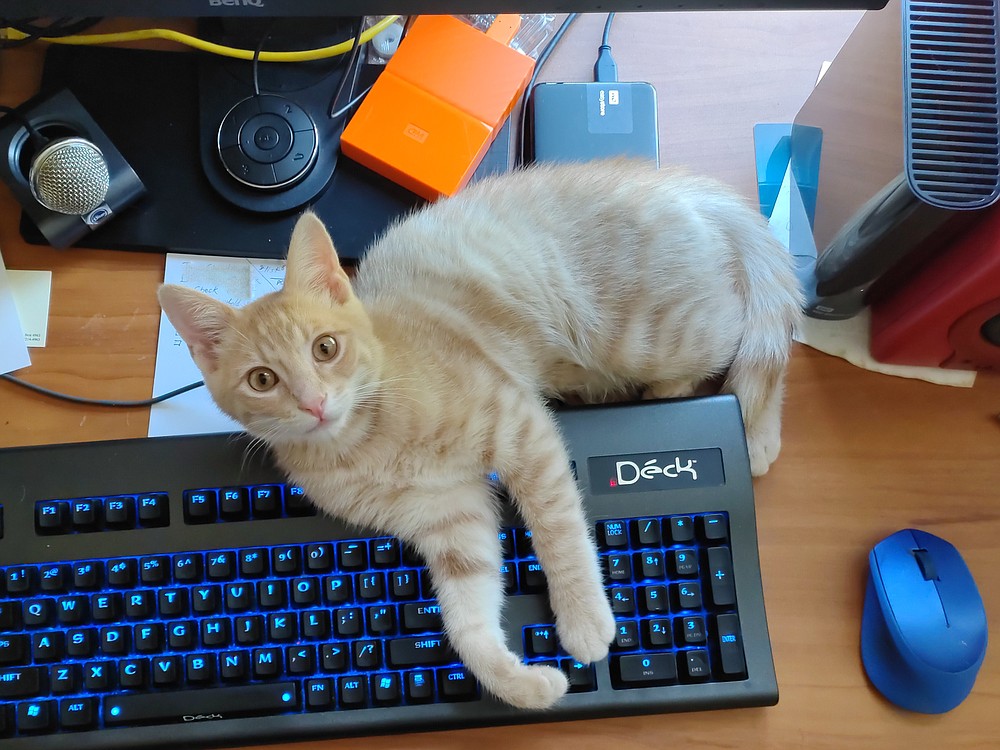 Roux, a kitten adopted by David Barber and Sasha Pfau.

Barber said Roux hasn’t been around pretty much anyone aside from himself and Pfau for the first year of his life, but on the rare occasion someone approaches the house, Roux seems fascinated.

“We had some work done on the house and the guy told me he basically followed him from window to window and he worked his way around the house,” Barber said.

As for Cox, J.D. has been a companion in her studio, but her cat Tink, who stayed in her home, died at age 19 several months ago.

“It was just devastating,” she said. “I didn't realize the void that I would feel when she was gone.”

Not long after Tink passed, a friend dragged Cox to a shelter even though she was unsure if she was ready for a new feline friend. 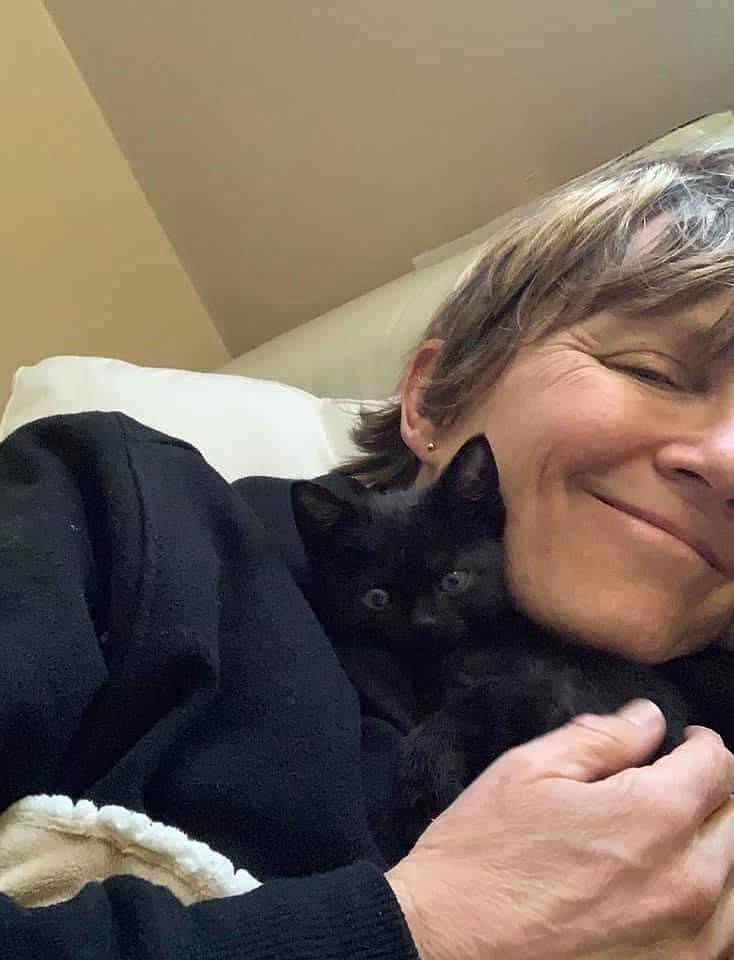 V.L. Cox and her kitten, Hudson.

Her eyes landed on a tiny black kitten. She named him Hudson and said she is grateful for his company as the pandemic drags on.

“We're starting to see daylight at the end of this dark tunnel, but it's still going to be awhile before we resume any sort of normalcy,” Cox said. “I highly encourage people to think about getting a pet.”