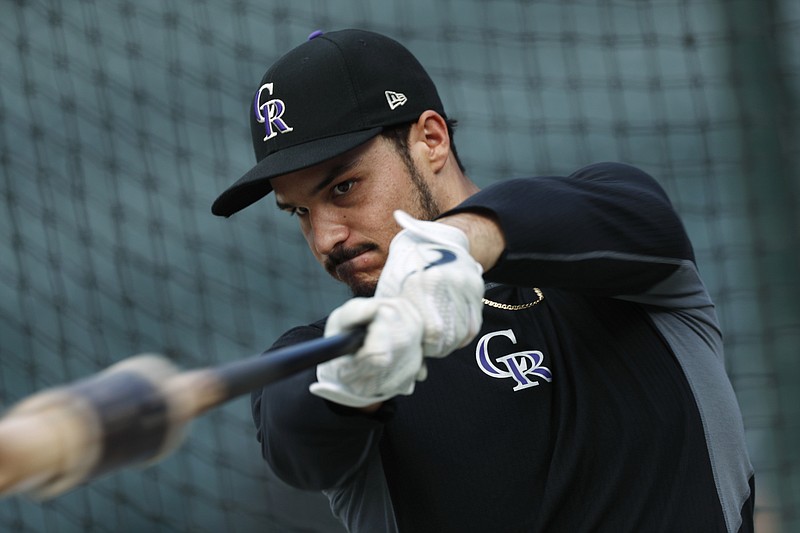 DENVER -- Nolan Arenado hasn't expressed this much optimism since signing his $260 million contract with Colorado two years ago.

"Excited" was the term the slugging, slick-fielding third baseman used about a dozen times Tuesday at his introductory news conference after his blockbuster trade from the Rockies to the St. Louis Cardinals.

Left unsaid but just underneath the surface: Excited to flee a franchise that posted just two winning records in his eight years in Denver, and that never advanced beyond the NL division series.

The eight-time Gold Glove winner and five-time All-Star forced his way out of Colorado by steadfastly sticking to a request to be traded. He'll be suiting up for a Cardinals team thinking about an NL Central title and more, while the Rockies are looking at some variation of a rebuild in front of a frustrated fan base.

"They really care about winning," Arenado said of the Cardinals. "That's all they talk about. It's really awesome to be a part of. It's a little different -- we're hopeful we can win the division title and it feels good knowing we have a chance to do that -- a good chance."

The disconnect between Arenado and the front office started to take place around nine months after he signed his $260 million, eight-year contract in February 2019. The rift centered around improving the team after consecutive playoff appearances in 2017-18. But the Rockies slid back in 2019 with a 91-loss campaign and missed the postseason again in a virus-shortened 2020 season.

The Cardinals acquired Arenado for what some considered a steal: Left-hander Austin Gomber and four minor-leaguers. As part of the trade, Colorado will send cash to St. Louis to offset part of the money Arenado is due in his contract.

"When we have an opportunity to get premium players from other clubs for whatever reason, it's incumbent upon us to bring them to St. Louis," St. Louis Chairman Bill DeWitt Jr. said. "Many of them, of course, have contributed to our championships: To name a few: Matt Holliday, Scott Rolen, Mark McGwire, Adam Wainwright, Jim Edmonds, Chris Carpenter.

"That's a pretty good crew right there, and Nolan certainly fits in that group. I've always been a believer that great players make everyone else on the team better."

Arenado grew weary of losing, especially in an NL West ruled by the Los Angeles Dodgers every year he's been in the big leagues.

"Whenever you're losing, it's frustrating," Arenado, 29, said.

Arenado has turned the page and is looking forward to what he's calling the "second chapter" of his career. His addition lowered the Cardinals' odds of winning a World Series from 40-1 to 20-1, according to SportsBetting.com. The Rockies are 125-1 long shots after Arenado's departure.

"We have an extremely talented team," Rockies owner Dick Monfort said. "They are built to compete. It's time for them to take the next step."

One of the big steps could be locking up All-Star shortstop Trevor Story, who's eligible to become a free agent after this season.

Arenado is looking forward to wearing a Cardinals uniform, but saying farewell to good friends like Charlie Blackmon and Story was difficult.

"I'm going to miss some of the boys on the Rockies," Arenado said. "But I'm just super excited. I've always admired this organization from afar." 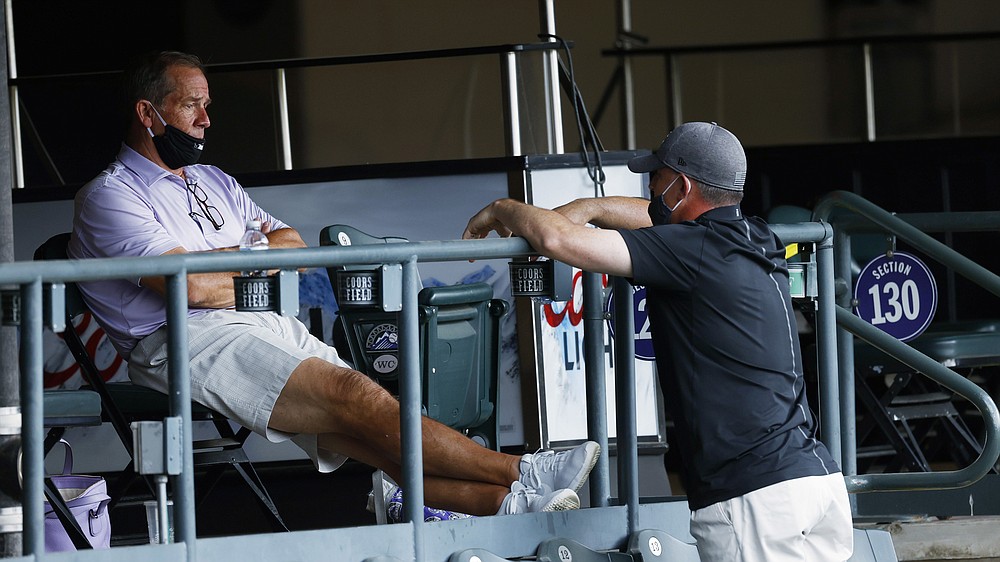 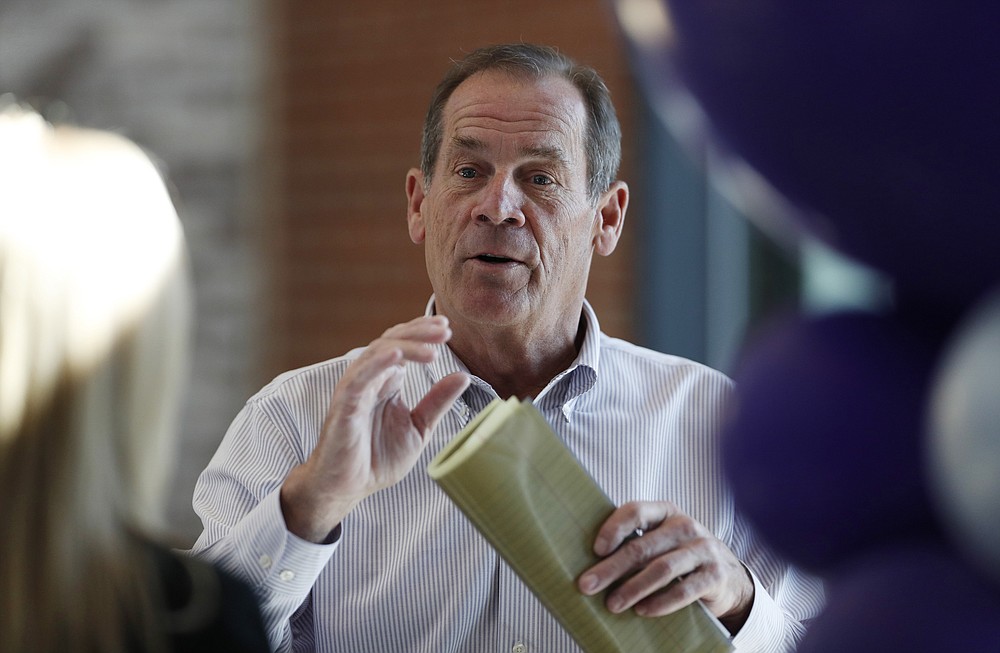 FILE - Dick Monfort, co-owner of the Colorado Rockies, talks during a media tour of Coors Field as workers prepare for the baseball team's home-opener against the Los Angeles Dodgers, in this file photograph taken Thursday, April 4, 2019, in Denver. Monfort and team general manager Jeff Bridich will hold a news conference Tuesday, Feb. 2, 2021, to discuss the trade of the team's star third baseman, Nolan Arenado, to the St. Louis Cardinals. (AP Photo/David Zalubowski, File) 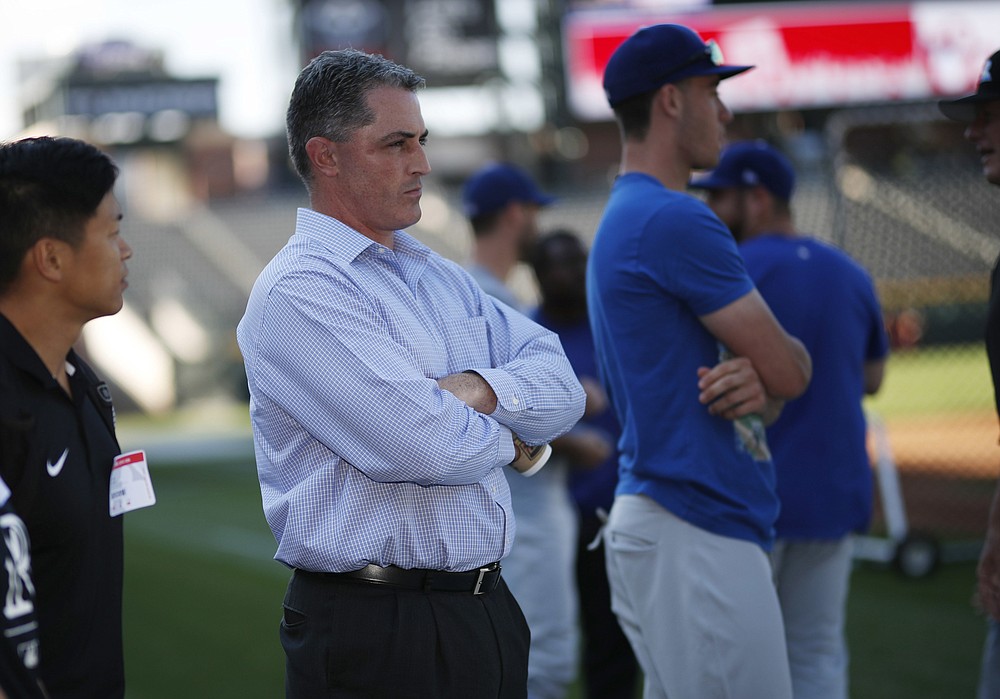 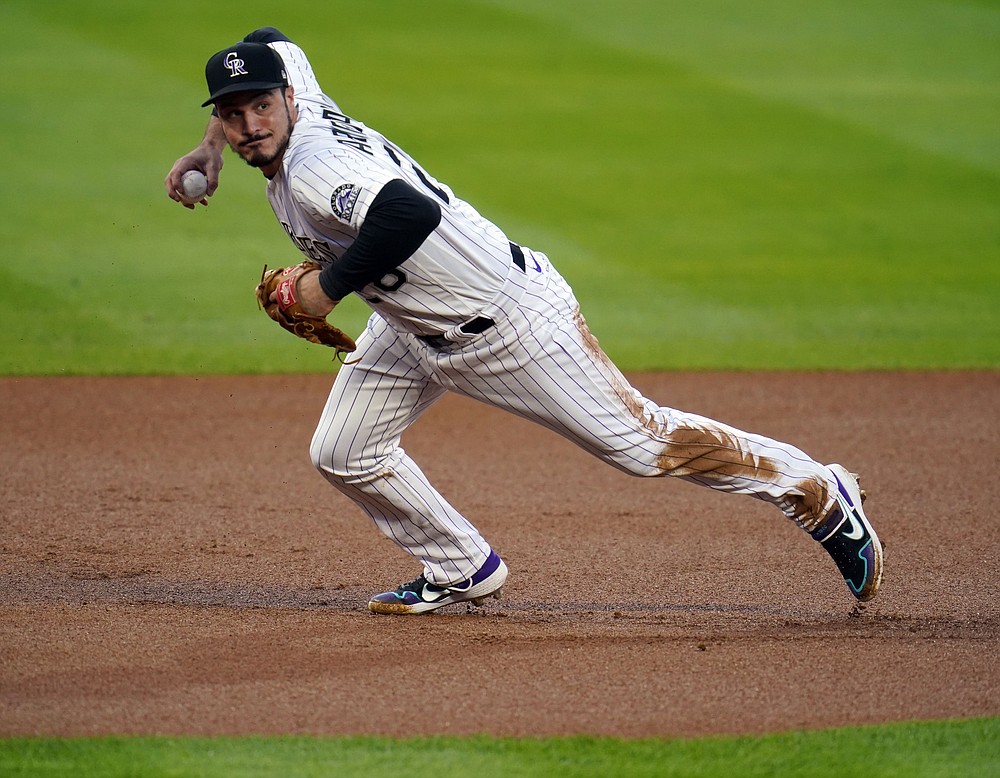