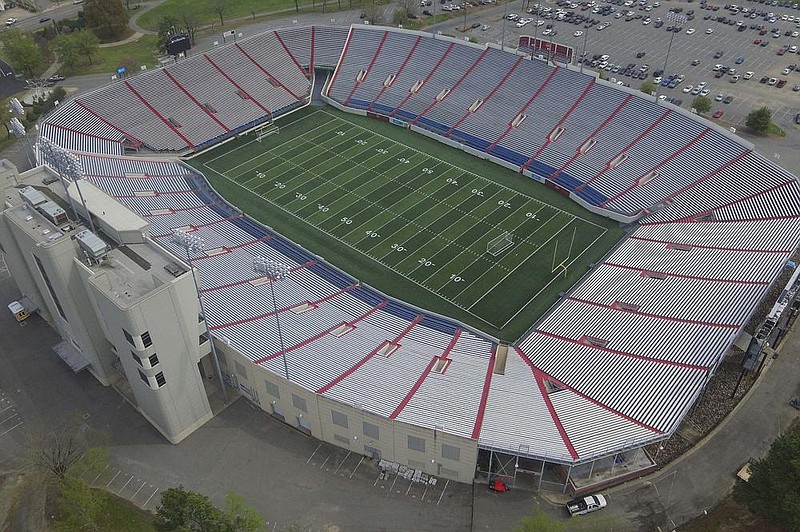 War Memorial Stadium in Little Rock will be the site of the 2025 football game between the University of Arkansas and Arkansas State University. (Arkansas Democrat-Gazette/Staton Breidenthal)

FAYETTEVILLE -- The University of Arkansas crossed a football milestone Wednesday, announcing it has scheduled a game against Arkansas State University in 2025 at Little Rock's War Memorial Stadium.

The Razorbacks and Red Wolves have never met in football, and UA scheduling guidelines before 2019 prohibited the Fayetteville school from facing in-state schools in any sport.

The 2025 game at War Memorial Stadium is the centerpiece for a Razorbacks scheduling priority to play their SEC home games on campus in Fayetteville.

"I felt like the timing is right as we opened up in-state competition with our sister schools in several sports two years ago to continue through this pandemic with many of our sports competing against Arkansas State and Central Arkansas," UA Athletic Director Hunter Yurachek said in a video conference. "Obviously, it just makes sense at this point in time to enter into that football game with Arkansas State in 2025."

The dialogue for playing the Razorbacks in football, a long-term goal for ASU Athletic Director Terry Mohajir, began soon after Yurachek's arrival in Fayetteville in December 2017. When UA sought to shift conference games away from Little Rock, Mohajir made it clear to Yurachek that the Red Wolves were eager to fill in dates in the capital city.

[Video not showing up above? Click here to watch » https://www.youtube.com/watch?v=Z1NC9YeDqMs]

"I appreciate Hunter's decision to play us in this game and to give their student athletes and their players and their campus community an exciting opportunity to play in front of a really exciting atmosphere," Mohajir said.

The contract, signed Monday by Mohajir and Tuesday by Yurachek, includes a $900,000 game guarantee for ASU as well as an allotment of 10,000 tickets to 54,120-seat War Memorial Stadium, Mohajir said.

The Red Wolves had to move a contracted meeting with Texas A&M to schedule UA, and will probably make up that game in 2027, Mohajir said.

UA also moved two games against sister institution University of Arkansas-Pine Bluff to Little Rock this October and in 2024. The Razorbacks are also contracted to face Western Carolina at War Memorial Stadium in the 2023 season opener. In exchange, SEC games against Missouri in 2021 and 2023 that had been set for War Memorial will now be played on the UA campus at Reynolds Razorback Stadium.

Second-year football Coach Sam Pittman had expressed his thoughts about scheduling to Yurachek during a postseason program update.

"One thing that he made abundantly clear to me during the course of that meeting is that it was very important to the future success of our program to play as many SEC games as possible here on campus in Fayetteville," Yurachek said.

"Gov. Hutchinson and I had a conversation about this," Yurachek said. "Obviously this is significant enough within our state that it was a decision that was not made without at least discussing it with him, so he was very supportive."

The ban on scheduling games with in-state schools had been a long-running directive at the UA under athletic directors John Barnhill and Frank Broyles as a way of solidifying the Razorbacks' status as the flagship state university. That stance continued through the 10-year run of Jeff Long from 2008-17.

UA baseball Coach Dave Van Horn played a central role in moving the Razorbacks toward opening up to in-state scheduling. Yurachek, Chancellor Joe Steinmetz and members of the UA board of trustees gave their approval in 2019, and encouraged it more strongly after the coronavirus pandemic struck the United States in March.

"I want to be clear that this decision had no other motivation than what is best for the Arkansas Razorback football program," Yurachek said. "I never had the opportunity to work with or get to know John Barnhill or Frank Broyles and decisions that they made not to play in-state competition, and it's no disrespect to either one of those two.

"And the decisions they made, I am sure they made those in what they thought was the best interest of the Razorback athletic program at that point in time in our history. We would not be sitting where we are today having the success that we are as an athletic program without their leadership and decisions."

Yurachek admitted that the decision to schedule ASU was not met with 100% unanimity among those with whom he discussed the topic in recent weeks.

"There were people that had varying opinions to mine about how we should move forward, but not to the point where they wanted to put their foot down and say this absolutely cannot happen," Yurachek said. "Yes, there were people that disagreed with me about was this the right decision, but nobody that felt strong enough in their conviction about this that they were going to make sure it didn't happen."

While the UA previously had maintained the policy against playing in-state opponents, ASU has actively pursued them. The Red Wolves faced UAPB in 2013 and 2017, and the University of Central Arkansas in 2016 and 2020, with a meeting also scheduled for this fall.

"I've always tried to make a lot of regional matchups happen," Mohajir said. "I think it wasn't the end all, be all, to make this game happen. I've been on record saying that.

"In this particular time, it fit in well. They had a need. It gives us another game in the state."

Yurachek said he's seen enough the past two years to know that the outcomes of games against in-state competition does not alter the Razorbacks' status.

"We lost one of those games, a baseball game [to UALR], and it didn't hurt our recruiting in the state in our baseball program, it didn't hurt us advancing to the College World Series," Yurachek said. "I don't see that being the case. Yes, we could lose that game, but we're still going to be the University of Arkansas in Fayetteville. We're still going to be a member of the Southeastern Conference. I think we will still dominate the state in recruiting with other in-state schools in all of those sports."

The Razorbacks and Red Wolves are scheduled to play on Sept. 6, 2025, in the second week of the college football season.

"I think what's been pretty cool is there's been a great deal of attention across our state on college football in February," Yurachek said. "I think that shows what this game is going to mean to people across this state, whether you're a Razorback fan or whether you're a Red Wolf fan. It's going to be a pretty cool atmosphere in September of 2025."

Kevin Crass, former War Memorial Stadium commissioner, has been involved in three negotiations with UA, including this one. He said the newest contract can be good for both sides.

"While we certainly understand some fans would prefer an SEC game, I think it's in the stadium's best interest to have as many games as possible," Crass said. "And I think it's an added bonus for those games to be intrastate games, to include UAPB and Arkansas State.

"We were asked whether we would be willing to amend the contract, and as we have done in previous cases when that request was asked, we worked out an arrangement that we think is beneficial to both sides. I think that's happened here, and I think it's good for the stadium and it's good for the three Arkansas institutions and their football programs."

Moving the Missouri games to the campus will prevent the Razorbacks from having only two on-campus conference games in 2021 and 2023, years in which Arkansas is the designated home team in its Southwest Classic series against Texas A&M in Arlington, Texas.

Yurachek said Texas A&M Athletic Director Ross Bjork has made it clear that the Aggies would like to end their agreement to play Arkansas in Arlington after the contract expires after the 2024 game. That would give the Razorbacks the opportunity to host the Aggies on campus the next season for the first time since 2013.

The UA also announced a Sept. 14, 2024, game against Alabama-Birmingham in Fayetteville that will replace a previously scheduled game against Kent State, which was moved to Sept. 9, 2023.

The Razorbacks' new agreement with War Memorial Stadium removes some conditions from previous contracts, including revenue and attendance benchmarks for each game. A requirement for UA to play its spring football game in Little Rock in 2022 and 2024 also was removed.

Before last season, UA had played at least one football game in Little Rock every season since 1932, including every year at War Memorial Stadium since its opening in 1948.

Before improved infrastructure eased travel to Fayetteville, games in Little Rock were seen as vital to the Razorbacks' accessibility and popularity throughout the state. In some seasons Arkansas played as many as four football games in Little Rock.

But War Memorial's wear -- coupled with hundreds of millions of dollars in renovations to the Razorbacks' on-campus stadium in Fayetteville -- have led to a decreased presence in Little Rock since the turn of the century. Since 2000 the Razorbacks have modified multiple agreements with the stadium to extend the number of years they play there but decrease the number of games.

With four games over five seasons, the new agreement actually adds to the number of games UA is scheduled to play in Little Rock. The Razorbacks were scheduled to play three games there over a five-year span previously.

Since 2018, the stadium has completed more than $2.1 million in renovations. The upgrades include new field turf, enhanced Wi-Fi connectivity, new speakers and renovations to the locker rooms for the visiting team and game officials.

The upgrades were paid for through a $2.5 million grant from the Arkansas Natural and Cultural Resources Council and $340,000 in governor's discretionary funds, according to the War Memorial Stadium Commission.

When the Razorbacks played their last game at the stadium in 2019, War Memorial officials were in the early stages of designing a 3,221-square-foot home locker room that would cost between $700,000 and $950,000. Crass said the plan is to have the renovated home locker room at War Memorial ready for the Oct. 23 game between UAPB and the Razorbacks.

"We look forward to showcasing an improved venue and to welcoming people from across the state and beyond to historic War Memorial Stadium," Hurst said.

The University of Arkansas announced on Wednesday the scheduling of its first football game against Arkansas State in 2025, building on its first-ever matchup against Arkansas-Pine Bluff on Oct. 23. The meeting with the Golden Lions will be the Razorbacks’ first against an in-state opponent since 1944. The Razorbacks are 38-3-3 against in-state football opponents, listed here by frequency of games. 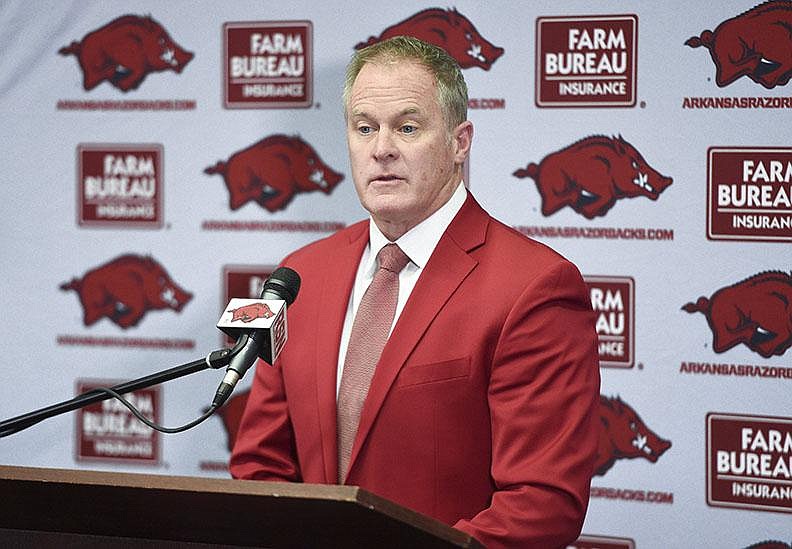 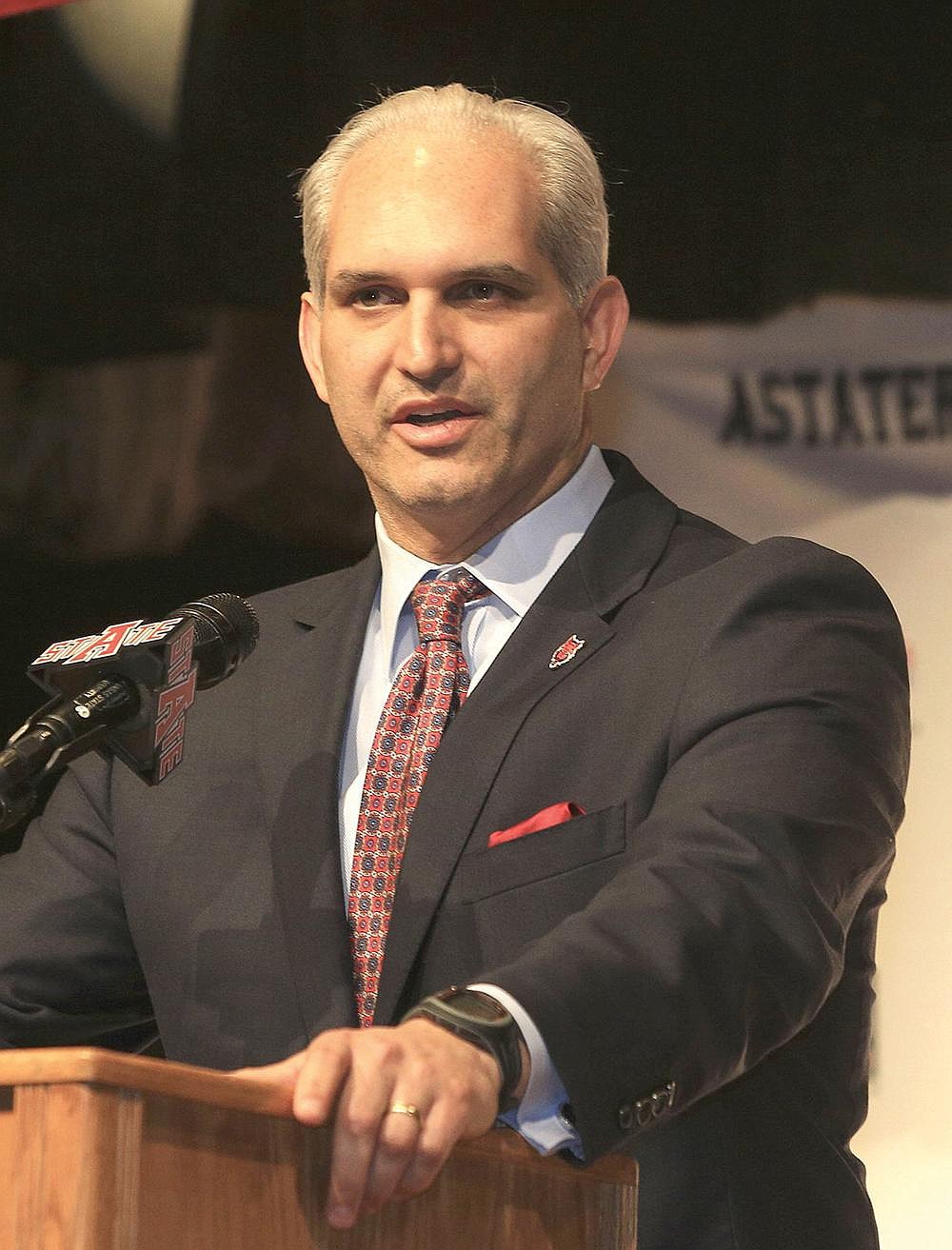