Leading scorer out for ASU 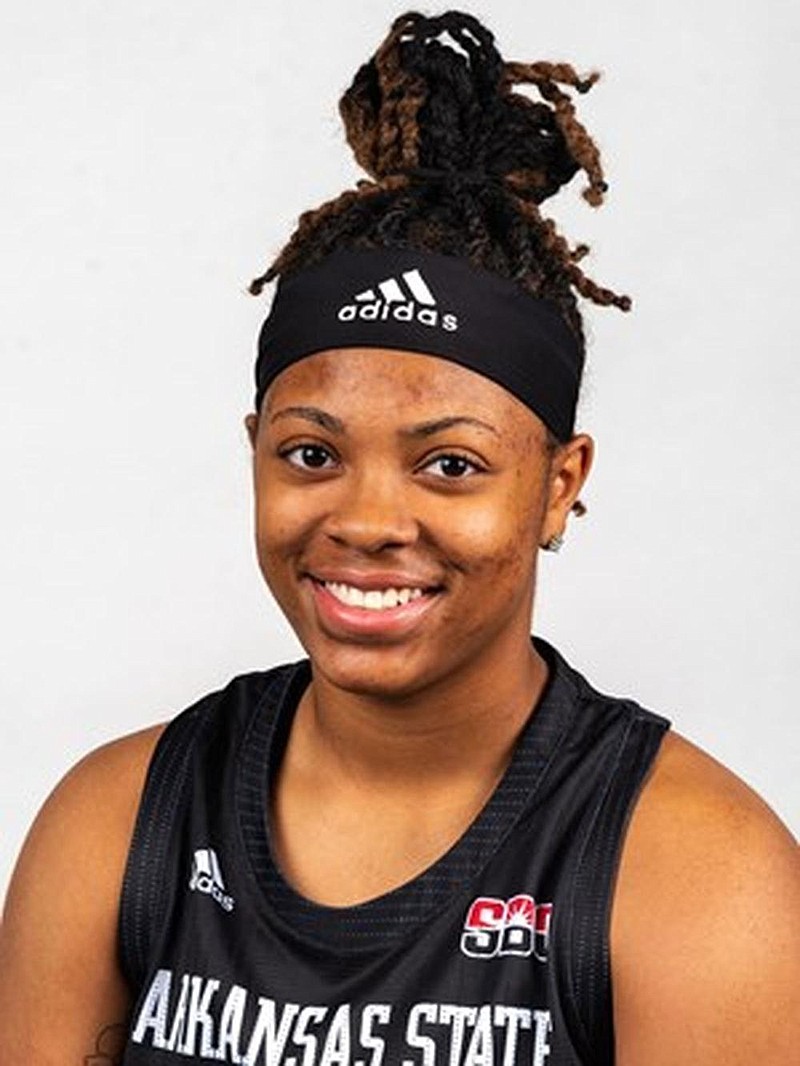 The Red Wolves (9-5, 4-4 Sun Belt Conference) have since dropped four consecutive games, swept on back-to-back weekends by Louisiana-Lafayette and Texas-Arlington, and head to Lafayette, La., this weekend for a rematch with the Rajin' Cajuns.

The missing piece over the four-game skid? Jireh Washington.

The junior guard suffered a meniscus injury in the 67-65 overtime loss to Louisiana-Lafayette on Jan. 22, and is expected to miss the remainder of the season.

Washington entered that contest as ASU's scoring leader with 12.4 points per game, and had blossomed into a role guiding the Red Wolves' offense in her third season. Without her, ASU is now navigating the final month of the regular season without one of its most important players.

Stepping into Washington's spot in the starting lineup has been junior college transfer Karolina Szydlowska. The 6-0 forward, in her first season with the Red Wolves, is averaging seven points and three rebounds in those three starts in 33 minutes per game. Sophomore guard Mya Love, who has made 10 starts on the season, has also seen her court time spike since Washington's injury.

Without its lead guard, ASU is averaging 19.6 turnovers per game and matched a season-high of 22 turnovers in a Jan. 29 loss to Texas-Arlington, as Daniel continues to search for a solution in Washington's absence.

"We don't have anybody that's replaceable," Daniel said. "But we do have people that can fill a role."

With a record of 6-9 and only three wins in Sun Belt play, this season for Arkansas State's men's basketball team has seen plenty of ups and downs, but Coach Mike Balado is excited about the future.

"On our roster right now, we have a core of guys that I see growing daily," Balado said.

Freshman forward Norchad Omier, averaging 13.2 points and 12.2 rebounds per game, has stolen the headlines this season, but he's one of a number of freshman and sophomores making strides in 2020-21.

Caleb Fields has followed up his impressive freshman campaign with more of the same as a sophomore, posting 11.8 points, 3.4 rebounds and 3.6 assists as a starter in all 15 games. Redshirt freshman guard Malcolm Farrington is scoring 7.5 points in 16.3 minutes per game, while guards Caleb London and Avery Felts have each made their presences known in double-digit minutes off the bench, scoring 3.1 and 3.0 points per contest, respectively.

Balado's young group struggled early in the season as the Red Wolves endured covid-19 postponements and an unconventional conference schedule, but they've found their footing in conference play, and ASU has five underclassmen playing more than 10 minutes per game led by Fields (30.1) and Omier (25.6).

The Red Wolves are only four losses from clinching a second consecutive losing season, but there is reason to believe in ASU's youth.

"This young core is really good," Balado said. "We just have to keep fighting and improving."

The University of Central Arkansas (3-13, 2-6 Southland Conference) are winless in six games since Jan. 6, when the Bears lost point guard DeAndre Jones to a season-ending knee injury. But the return of sophomore guard Collin Cooper has given UCA an injection over the past three games, as the Bears look to return to the win column against McNeese State this weekend.

"As much time as he has missed, Collin has come in and done quite well for us," Coach Anthony Boone said.

Ankle surgery earlier this fall placed Cooper's 2020-21 season into question, but the 6-2 guard from Fayetteville returned against Abilene Christian on Jan. 23, and is averaging 13.0 points in three games.

Cooper has also stepped into the point guard role for the Bears. Since Jones injury, leading scorer Rylan Bergersen had assumed those duties without another starting guard on the bench, limiting his offensive output and in turn UCA's overall ceiling. With Cooper on the floor, Bergersen has returned to the natural spot on wing, restoring balance to the Bears' offense.

"It's allowed us to get our pace back up to where it was when DeAndre was healthy," Boone said. "That's been the biggest thing."

UCA's game Wednesday at New Orleans was postponed Thursday due to covid-19 protocols within the Privateers' program.

After a 1-4 start in the Southland Conference, Central Arkansas (6-10, 4-4 Southland) has rattled off three-consecutive wins with transfer forward Lucy Ibeh leading the way.

The junior who arrived from Collin College in Texas is averaging 16.3 points and 7.6 rebounds in the three victories for the Sugar Bears, and has scored 14 or more points in each of her last five games. Ibeh scored 19 points on 4-of-7 shooting to go with seven rebounds in UCA's 60-54 road win over Southeastern Louisiana on Jan. 27. She followed it up with a 14-point, 8-rebound effort with a team-high 3 assists three days later in a 71-39 rout of Northwestern State.

Ibeh and the Sugar Bears are playing their best basketball of the season, and will look to make it four-straight when they host UNO on Feb. 10.

The Southwestern Athletic Conference announced Thursday that the entirety of its men's and women's basketball tournaments will be played at Bartow Arena in Birmingham, Ala. Previously, the conference planned to hold its quarterfinal round matchups in the home arenas of higher-seeded programs.

"Upon the conclusion of those discussions we've determined that moving the tournaments to one central location is in the best interest of the health and safety of our student-athletes and team staffs," a statement from the conference said. "Having these events in one centralized location gives us the ability to ensure that we meet all covid-19 protocols and guidelines related to hosting athletic events in this current climate."