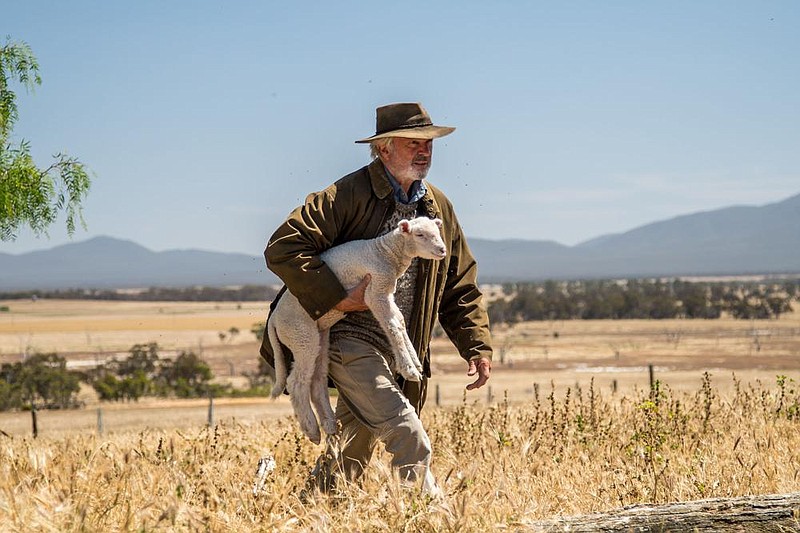 Colin (Sam Neill) is an Australian sheep farmer at odds with his brother in Jeremy Sims’ "Rams,” a re-make of a 2015 Icelandic film.

It's difficult to go wrong with good material.

While the Shire of Plantagenet in southwestern corner of Western Australia has a climate that's distinct from Hákonarson's native land, Duncan and Sims manage to preserve much of what made the story work in its first telling, making the new film seem remarkably at home.

Colin (Sam Neill) reasonably expects his prized ram to win at a local fair. He loves his flock and keeps his pens and other equipment in optimal condition.

It's no wonder he seethes when the winning sheep belongs to his brother Les (Michael Caton, "The Castle," "The Interview"). Colin doesn't congratulate his sibling on his good fortune, but that's normal for these two.

The two have not spoken for decades even though both have neighboring plots.

When Les damages Colin's property, the latter has his dog deliver the bill. These folks have cellphones, but they won't use them to talk to each other.

Actually, nobody else in the shire wants much to do with Les, either. He's a cranky alcoholic whose superior ram seems to be due to luck rather than nurturing. His property is old and deteriorating.

Their mutual animosity may be tested when Colin discovers symptoms of Ovine Johne's disease (OJD) in one animal. It's bacteria that can kill sheep by preventing their intestines from absorbing nutrients. An expatriate veterinarian Kat (Miranda Richardson) orders all the flocks in the area must be destroyed because the contagion spreads easily.

Most of the sheep herders in the area take payouts until the region can eradicate the disease. Les, however, gets into fights with authorities when they come to cull his flock. Colin, however, tries to have it both ways. He culls some of his animals and tries to hide the rest of them.

If Duncan and Sims follow Hákonarson's plot points with tracing paper, they do make good use of the new setting and have incorporated their new setting well. The use of recent Australian climate problems doesn't seem forced. Neither film fits into neat, easy to classify emotional territory.

The austere landscape and frigid tone of the first movie wouldn't work this time, but the sparsely populated Shire is appropriately scenic. The new film has a warmer tone, and Sims provides more exposition than Hákonarson did. Having seen both, the original tone and ambiguous ending seem more credible.

Sometimes we don't need long stretches of exposition. Duncan's writing is solid, but the original film is half an hour shorter and doesn't suffer for avoiding an explanation of why Colin and Les can't stand each other. Hákonarson also seems to trust his viewers more, which results in an ultimately more gratifying movie. The Australians wrap up their story in a tidy manner, whereas the Icelandic film leaves the audience to conclude the film for themselves.

Caton and Neill handle the feuding with finesse, and giving Richardson's vet a bigger piece of the story adds some depth. If you haven't seen the previous film or don't want to wade through subtitles, the new version of "Rams" is worthy in its own right. Thankfully the Australians knew which of the sheep in their flock to keep. 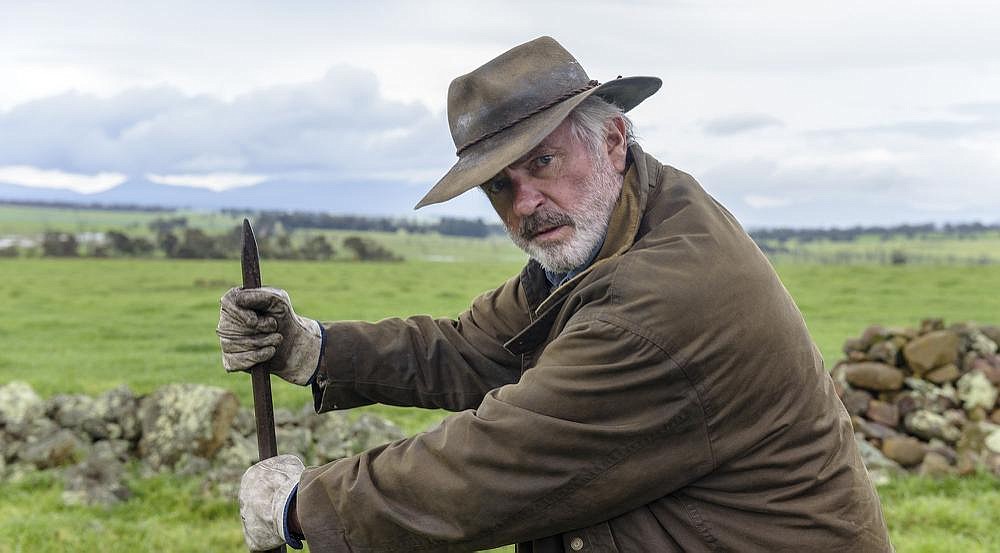 An age-old grudge has driven a wedge between Australian sheep rancher Colin (Sam Neill) and his inconveniently nearby brother in the dark comedy "Rams.”
ADVERTISEMENT