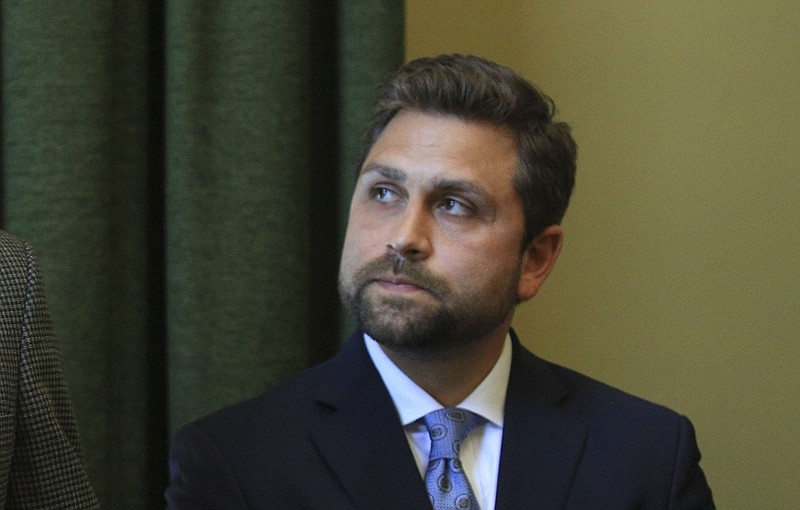 Legislation that would exempt federal and state unemployment benefits from state income taxes in 2020 and 2021 zipped through the Arkansas Senate on Thursday.

The Senate voted 35-0 to send Senate Bill 236 by Sen. Jonathan Dismang, R-Searcy, to the House for further consideration.

Dismang said a total of $2.6 billion in federal and state unemployment benefits were paid out in the state last year, compared with about $100 million a year in the previous few years.

Arkansas' unemployment rate had been around 3%-4% before the start of the pandemic. The first official covid-19 case was identified March 11. In April, the unemployment rate hit 10.2% as nearly 100,000 Arkansans lost their jobs as businesses shut down or laid off workers.

"Without that mechanism in place, you are really asking folks on April 15 when they file their tax returns to have to come up with those dollars out of pocket," he told senators.

Dismang said the state has collected an average of about $3 million a year in income taxes on unemployment benefits in recent years.

The state Department of Finance and Administration projects that the bill would reduce state general revenue in fiscal 2021 "somewhere less than $51 million," Paul Gehring, an assistant revenue commissioner for the department, told the Senate tax committee Wednesday. Fiscal 2021 ends June 30.

Dismang said the state's general revenue forecast for fiscal 2021 includes about $3 million from income taxes collected in unemployment benefits. So far in fiscal 2021, net general revenue is more than $400 million over what was forecast.

According to the finance department, 1099 tax documents from the state Department of Workforce Services show that $2.6 billion in unemployment benefits were paid to 281,840 individuals in the 2020 tax year.