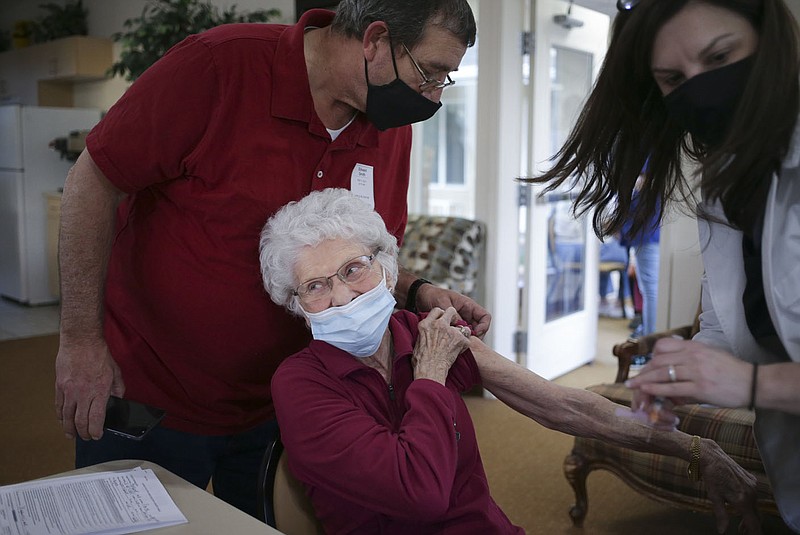 About 9,620 people in Benton and Washington counties are fully vaccinated against covid-19, while another 32,827 have received the first dose, according to the Arkansas Department of Health.

The two counties have a combined population of 384,234 residents 16 and older, so about 2.5% of that group have been fully vaccinated while about 8.5% are halfway there.

Pharmacies and hospitals continue to vaccinate several eligible groups, although waitlists are backed up.

Leigh Smith, office manager at Medical Arts Pharmacy in Fayetteville, said the pharmacy has about 6,000 people on a list waiting for the vaccine. The pharmacy is allowing anyone in the state's Phases 1-A, 1-B or 1-C to place their name on the list.

Medical Arts Pharmacy has given about 250 vaccines a day and doesn't have any mass vaccination events planned, Smith said. The pharmacy hasn't been told if it will receive an increase in doses.

More than 370,000 doses had been given in Arkansas as of Friday, according to the Health Department. The data includes first and second doses.

All nursing home residents in the state have been offered at least a first dose, said Rachel Bunch, executive director of the Arkansas Health Care Association.

Apple Blossom Retirement Community in Rogers started vaccinating about 40 of its 110 residents Friday afternoon, Jamie Higginbottom of the facility said. Retirement communities aren't in the same category as nursing homes, but many have vaccinated residents in Phase 1-B.

School districts in the region began vaccinating employees about two weeks ago.

Springdale has given first doses to about 1,575 employees on-site, including 150 people this week, according to Trent Jones, spokesman. Springdale schools employ 2,952 people.

Rogers, which has hosted at least one on-site vaccination event, has had 407 faculty and staff members receive vaccines through Mercy Health System and Debbie's Family Pharmacy, according to Ashley Siwiec, spokeswoman.

"We have had several staff members receive their vaccine through other providers, but we do not have a definite number as they did not go through us. We anticipate that about 600 more staff members would like to receive it when supplies are available," according to Siwiec. The district has 2,063 employees.

"We did not get any doses for this week, and we do not have any first dose clinics planned at this time," according to Janet Schwanhausser, deputy superintendent at Bentonville Public Schools. "We have been able to provide vaccinations to approximately 600 of our 2,300 employees."

School employees are eligible to receive vaccines at local pharmacies. The School District doesn't collect data on how many of its employees have received vaccines off-site, according to Schwanhausser.

Nearly 1,200 of Fayetteville Public Schools' 1,463 employees have received the first dose of the vaccine, an increase of about 200 doses from the week before, according to Alan Wilbourn, spokesman for the district.

Covid-19 cases in Northwest Arkansas increased about 1,600 in the past week, according to the Health Department.

Hospitals in Northwest Arkansas had a combined total of 60 patients in their covid-19 units as of Thursday, 19 fewer than a week before, according to a joint statement from the region's largest health care organizations via Martine Pollard, spokeswoman for Mercy Health System. Hospitalizations in the region have decreased over the past few weeks after reaching a record with 140 patients at one time on Jan. 8.

Both antigen tests and polymerase chain reaction, or PCR tests are used to test for covid-19. Antigen tests produce faster results, are generally only used on people with symptoms of the virus and have a higher chance of giving false-negative results. Antigen and most PCR tests are done via nasal swabs. 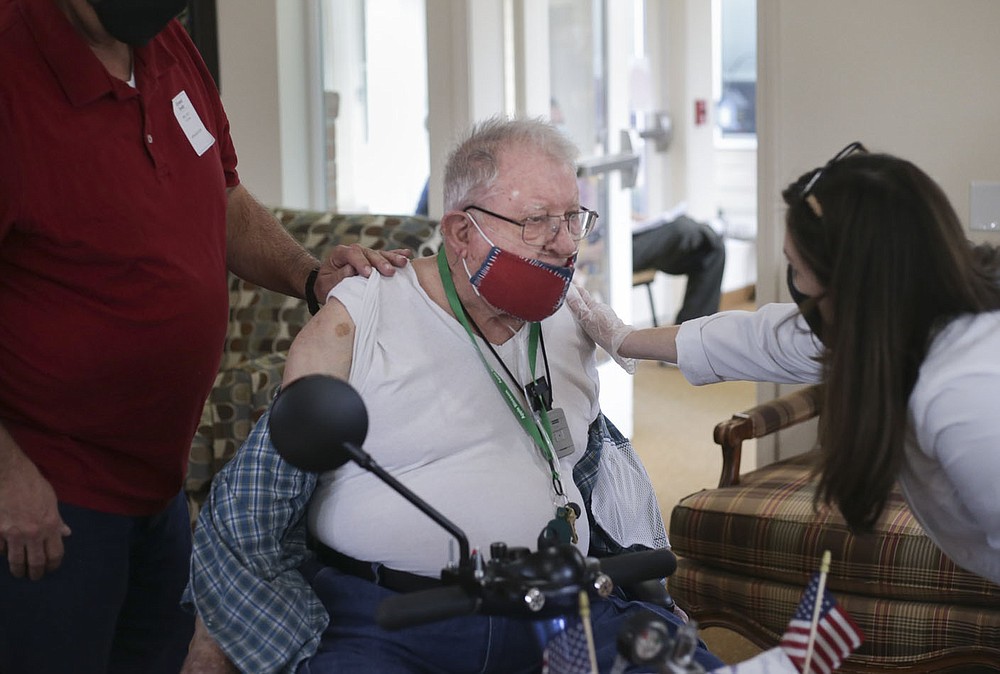 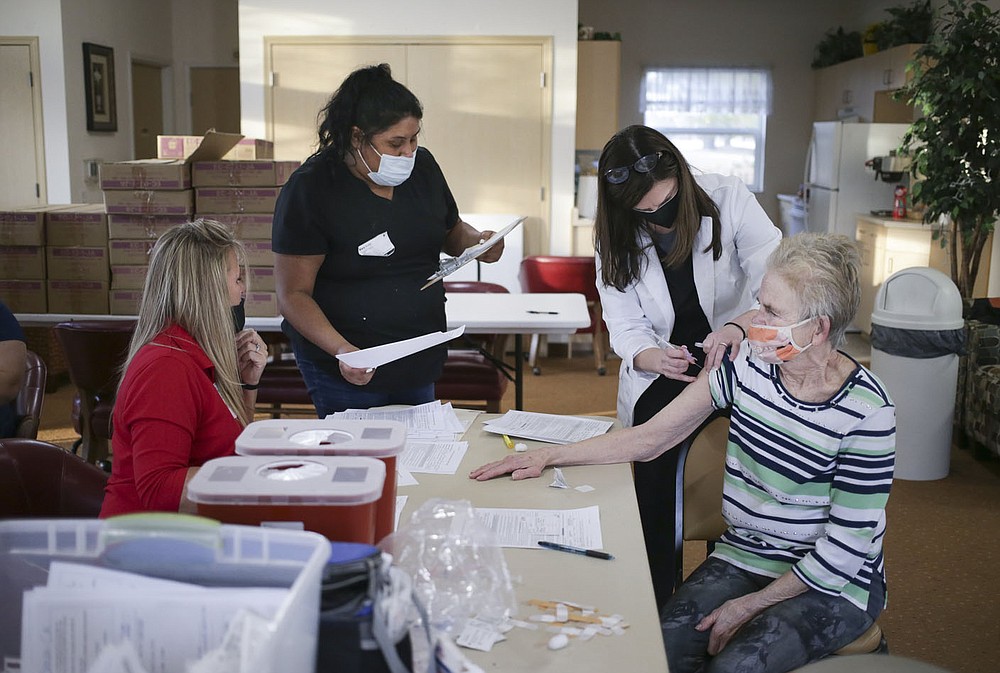 Groups of residents in Phase 1-B who aren’t yet be eligible to receive the vaccine include food and agricultural workers, manufacturing workers, public transportation workers, U.S. Postal Service workers and essential government workers. The state has estimated those groups will be able to begin getting the vaccine in February.