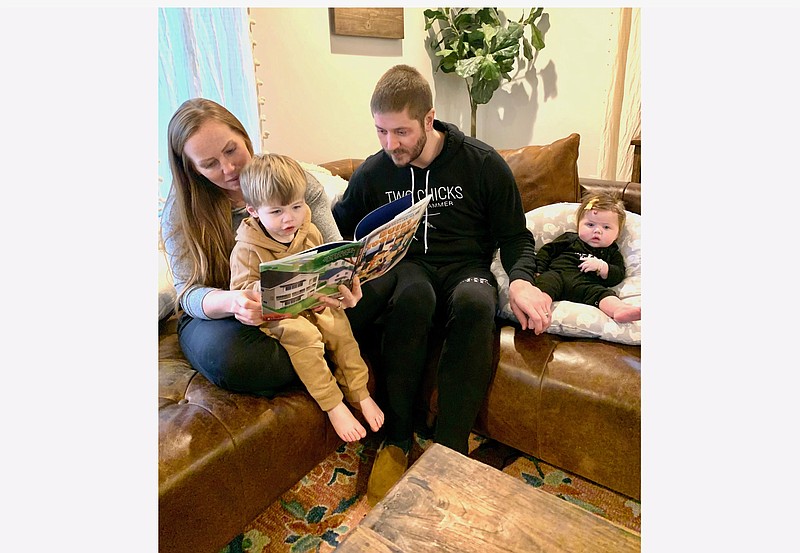 I've always said, I do not see a line between where home life stops, and home design begins. It's all a blur to me. Mina Starsiak-Hawk, the star of HGTV's "Good Bones," a home renovation show, and author of a new children's book, "Built Together," (Zonderkidz, Feb. 2, 2021, $18.99) agrees, and has taken that viewpoint one step further.

The premise of her new book: Whether building a house or building a family, the same principles should apply.

In "Built Together," adorably illustrated by Barbara Bongini, the little boy narrator wonders whether his mom and dad will need a hammer and nails to build a family, or maybe they'll need a drill and monkey wrench, tile and grout, bricks and mortar, paint and brushes? Whatever the case, he wants to help.

Spoiler alert: He eventually learns the building blocks of a home are kindness, love, inclusivity and a feeling of welcomeness.

"I wanted to show young readers that families come in all shapes and sizes — just like houses — and that's great," said Starsiak-Hawk, age 36, who with her mom started a home renovation company called Two Chicks and a Hammer. "What matters about houses and families is that they both have a strong foundation."

Though Starsiak-Hawk — who lives in Indianapolis with her husband, Steve, their 2-year-old son, Jack, and 4-month-old daughter, Charlie — has a pretty four-square family, her family growing up was the opposite. Divorced when she was 3, her parents have been married a total of eight times (four marriages each). As a result, Starsiak-Hawk has many stepparents, step siblings, half siblings, nieces and nephews. 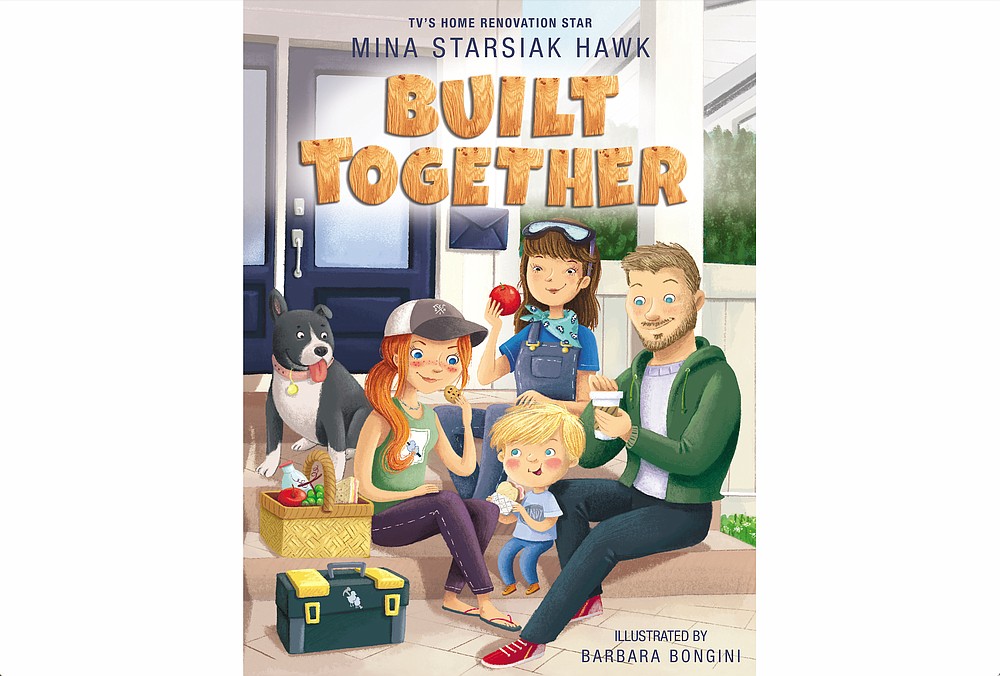 “Built Together,” a new children’s book by HGTV star of “Good Bones” Mina Starsiak-Hawk, comes out this week, and has inclusivity as its message. (Courtesy of Icon Media Group)

As our young narrator, who is modeled after the author's son, says, "I live with just my mom and dad and our three goofy dogs, but we have a super big family. I have six grandmas and grandpas, 10 uncles and aunts, five cousins, a bunch of step-grandmas, step uncles, and step-cousins, and lots of friends who Mom says might as well be family."

As a serial home remodeler, and the female lead in my own blended family, which now encompasses five adult children, two kids-in-law, four grandchildren, and, collectively, eight dogs, thankfully not all under one roof, I am taking this little boy's message to heart.

Here's more of my conversation with HGTVs Mina Starsiak-Hawk:

Marni: What prompted you to write this book?

Mina: Mostly becoming a parent. While my family today looks pretty traditional, the family I came from was far from the standard portrayed in books and movies when I was growing up. I realized how much those images shape how we see others, and I wanted to get into little ears the message of how you can build your own family by playing off how you build a house.

Marni: How did you get into home renovating, and how did that lead to a TV show?

Mina: In 2007, after I graduated from college, I bought a house. My mom co-signed the loan. The house needed a lot more fixing than we expected, and we did most of the work ourselves. We renovated the bathroom, then learned how to install kitchen cabinets and replace flooring. We kept going, and did other houses, and started Two Chicks and a Hammer. Then a TV production company saw us on Instagram, and that led to "Good Bones," which is now in its seventh season.

Marni: Besides needing a strong foundation, what other parallels do you see between families and houses?

Mina: My preferred mode for both would be inclusivity and acceptance, and that might mean relaxing some rules. I find working on homes governed by HOA rules, where the houses all have to look a certain way and can only be one of 10 colors, restrictive.

Marni: What will "Good Bones" fans recognize in the pages of your new book?

Mina: It's pretty clear that the book features my family: Steve, me, Jack, and our three dogs. (Daughter Charlie came along after the book went off to production.) The house and front porch featured in the book are the spitting image of ours. Also, in the illustrations, some characters wear Two-Chicks-and-a-Hammer T-shirts.

Marni: What do you hope children will learn from this book?

Mina: I hope they develop more open mindedness, and see more options for what makes a family than I saw in movies and books growing up. And I hope they see that just like we can build a house, we can build our own family, too.

Marni Jameson is the author of six home and lifestyle books, including "Downsizing the Blended Home — When Two Households Become One."