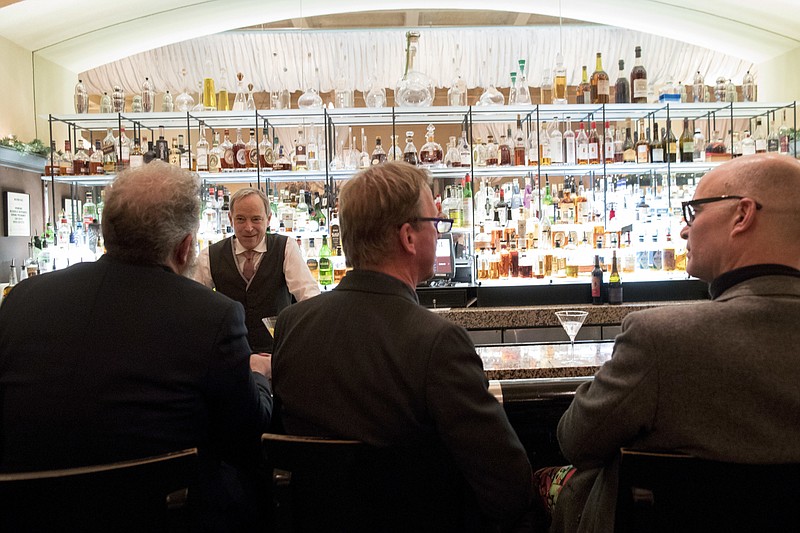 In this Tuesday, Nov. 27, 2018, photo, a bartender talks to a customer at the Gotham Bar and Grill in New York. The Manhattan upscale restaurant hopes to reopen by summer 2021 if government regulations permit, but will likely have just 35 staffers instead of the 100 the restaurant had before it closed in March 2020. (AP Photo/Mary Altaffer)

WASHINGTON -- The recovery in the U.S. labor market disappointed for a second month with only modest job growth in January, highlighting persistently difficult prospects for millions of unemployed Americans.

The increase of just 49,000 positions in January made scarcely any dent in the nearly 10 million jobs that remain lost since the virus intensified nearly a year ago. There were 22 million jobs lost in the spring.

The unemployment rate fell sharply in January from 6.7% to 6.3%, the Labor Department said Friday. Most of the drop occurred because some people out of work found jobs, but others stopped looking and were no longer counted as unemployed.

The January job gains followed an outright setback in December, when the economy shed jobs for the first time since April. December's loss, originally stated at 140,000, was revised Friday to 227,000. The gain for November was revised from 336,000 to 264,000.

Even a lone bright spot on the report came with an asterisk: 97,000 jobs were added in the professional and business services sector, but 81,000 of those were temporary.

"What you have is a lousy report that shows a stalling recovery," said Nela Richardson, chief economist at the payroll processor ADP.

About 3.5 million people once considered temporarily unemployed have now permanently lost their jobs, according to the Bureau of Labor Statistics. Of the overall 10 million people unemployed, about 40% have been out of work for more than six months. Meanwhile, the number of people filling new jobless claims remains well above pre-pandemic records, far outpacing previous crises.

And the disproportionate impact on low-income workers combined with the unique circumstances of the pandemic have perhaps helped conceal the true depths of the crisis, said Diane Swonk, chief economist at Grant Thornton LLP.

"There is a false sense of security that work from home gives so many," she said. "The divisions are much greater. Not only because low-wage workers were hit much harder, but you don't see low-wage workers suffering the way you normally would. ... It's easier to discount it when it is lost in the numbers."

[Video not showing up above? Click here to watch » https://www.youtube.com/watch?v=I5QT2jp0iTE]

Soaring new virus infections in late fall prompted tighter business restrictions in California, New York, Virginia and other states, reducing the need for workers. Consumers have also been less willing to dine out, travel or go to concert halls and other venues as the pandemic has persisted. Some business closures, notably in California, have since been eased or lifted, but in many cases too late to affect last month's jobs data.

President Joe Biden on Friday pointed to the discouraging jobs report as evidence that much more government aid for the economy is needed, and he said he would continue to push his $1.9 trillion plan through Congress -- if necessary, without Republican support. The proposal includes $160 billion to support vaccination efforts.

Biden's relief proposal took a step toward congressional approval Friday when the Senate narrowly passed a budget resolution that next went to the House and passed 219-209.

Some Republicans have said a smaller package would suffice, and others have said it is too soon for another round of aid.

"There's simply nothing more important than getting the resources we need to vaccinate people as soon and as quickly as possible," Biden said, echoing economists who have long argued that controlling the pandemic was a prerequisite for any sustained revival of the economy.

Biden's proposal would also provide $1,400 checks for most Americans and a $400 weekly unemployment payment on top of state benefits. The package would also extend two federal jobless aid programs from mid-March through September.

Economists are increasingly hopeful that as vaccinations reach a critical mass in the coming months and the government provides further stimulus, the economy and job market will strengthen much faster than after previous recessions.

"The tunnel we're in does have a light," Richardson said. "It's later this year when the U.S. economy is reopened, and after widespread inoculation and maybe stimulus. This is not the end of the story by any means. But it does show the recovery could use more support."

Last month, service industries that deal with customers in person again posted the sharpest job losses as millions of consumers continue to hunker down at home.

Jobs in education jumped by nearly 120,000, including state and local schools as well as private education and colleges and universities.

"It's hard to imagine that [those gains] are sustainable if we don't reopen the schools," said Drew Matus, chief market strategist at MetLife Investment Management.

Women continue to be hurt disproportionately by the economic damage from the pandemic, which has led some of them to quit jobs to care for children or eliminated the jobs that many held in the hospitality industry. The proportion of women who either have a job or are looking for one declined in January. By contrast, the proportion for men remained flat.

'NO JOBS AND NO HOUSES'

Amy Cooper of Burlington, N.C., is among those struggling to find a job during the pandemic, which has made her nervous about working in restaurants, where she's worked before. Last spring, she quit a job at a deli because of a difficult pregnancy with her fifth child.

After giving birth, she found a six-month contract job to do political polling from home. That ended in December. She and her husband, who is working at a factory, are fighting an eviction that may occur once a federal moratorium ends in March. She'd like to move to a new home but there aren't many available.

Cooper hopes to be able to work from home but is willing to take anything at this point. She's had two interviews but no offers.

Some hopeful signs have emerged recently to suggest that the economy might be picking up a bit. Auto sales rose solidly in January. And a gauge of business growth in the service sector picked up to its highest level in two years. A separate measure of manufacturing indicated that factories are also expanding. So is spending on home construction, as sales of existing homes actually soared last year to the highest level in 14 years.

"It is difficult on a monthly basis to really see what the long-term impacts will be," said Daniel Zhao, an economist with Glassdoor, the career site. "But certainly the long-term economic scarring is something that is a huge concern for the recovery."

Information for this article was contributed by Christopher Rugaber of The Associated Press; by Reade Pickert of Bloomberg News (TNS); by Sydney Ember and Ben Casselman of The New York Times; and by Eli Rosenberg and Jeff Stein of The Washington Post. 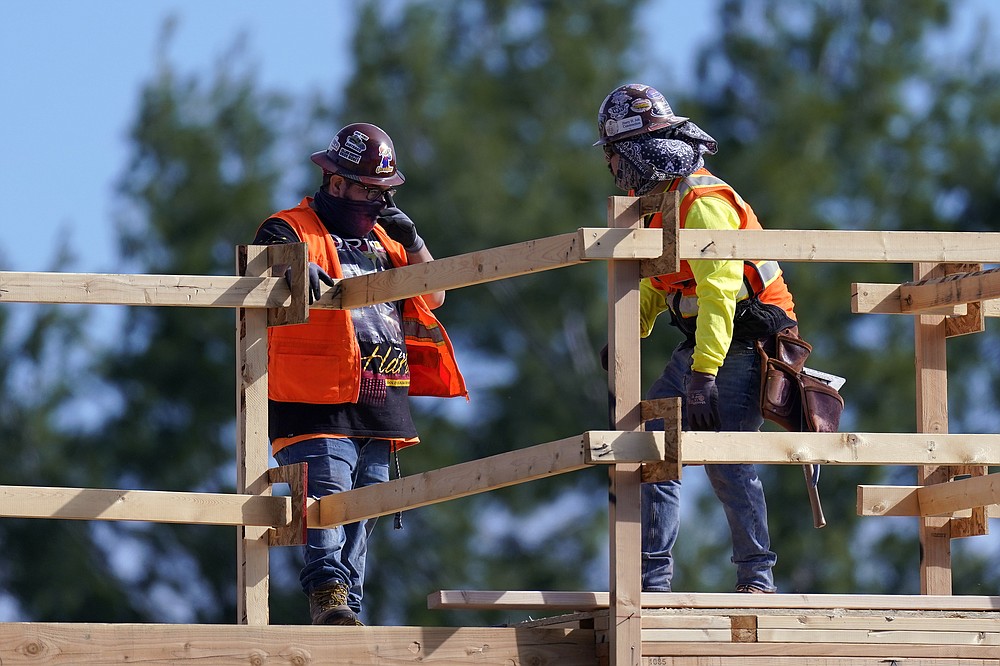