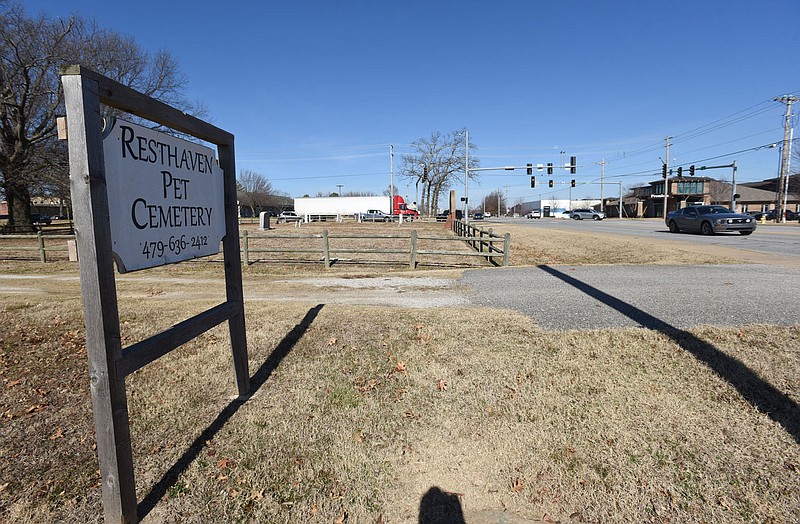 BENTONVILLE -- Tom Frank has lived in many states, but he calls living in Northwest Arkansas phenomenal.

The biking in the area is amazing, Frank said. Some biking trails may have been donated to the city, but they take money to maintain them, he said.

The city is considering asking residents to approve up to $266 million in bonds for capital projects by extending a 1% city sales tax.

Some of the proposed bond money for parks will help pay for 8th Street Gateway Park. The park would connect via trail to Coler Mountain Bike Preserve, Osage Park, 28th Street Park and Citizens Park.

The City Council will discuss Tuesday night calling for a bond election April 13. The council got its first look at the proposal at its Jan. 11 Committee of the Whole meeting.

Frank said he has lived in Alabama, Louisiana and Tennessee and ranks Bentonville above those areas.

"I certainly don't oppose the bond issue," he said. "Here it is real evident how the city is spending the money. At the end of the day, citizens see how the money is being spent, and that's not true for some cities."

Streets are a major concern for residents, some City Council members said.

The biggest problem the city has is an insufficient road infrastructure to move the tens of thousands of people who need to travel though the city, Council Member Octavio Sanchez said. He noted a lion's share of the bond money will go for street improvements.

Dennis Birge, city transportation director, at the Jan. 11 meeting used Rainbow Curve as an example of traffic congestion in the city. Rainbow Curve is where Walton Boulevard begins its bend north at its intersection with Arkansas 12 to the west. The 2018 average daily traffic count on Walton just north of the intersection was 21,000 vehicles with an projected increase of 26,500 vehicles a day by 2040.

Council Member Aubrey Patterson said when she talks with residents, roads are the top concern.

"Nobody likes sitting in traffic," Patterson said. "A bond will allow the city to be proactive and to stay ahead of our growth, rather than constantly trying to play catch up with a small project here and there."

A steering committee developed a prioritization list for the street projects, Birge said. The projects are spread out across the city, he said.

Eighty percent of the revenue raised by the city's 1% city sales tax goes to repay bonds and 20% goes to ongoing capital needs. The city would maintain the same ratio if the sales tax is extended, according to Jake Harper, city director of finance and administration.

The city would use part of the $266 million in new bonds to refinance about $23 million in current bonds. Refinancing the debt allows the city to issue the new bonds using the existing 1% sales tax, Harper said.

The 1% sales tax would expire in 2046. The tax brings in approximately $15 million a year. 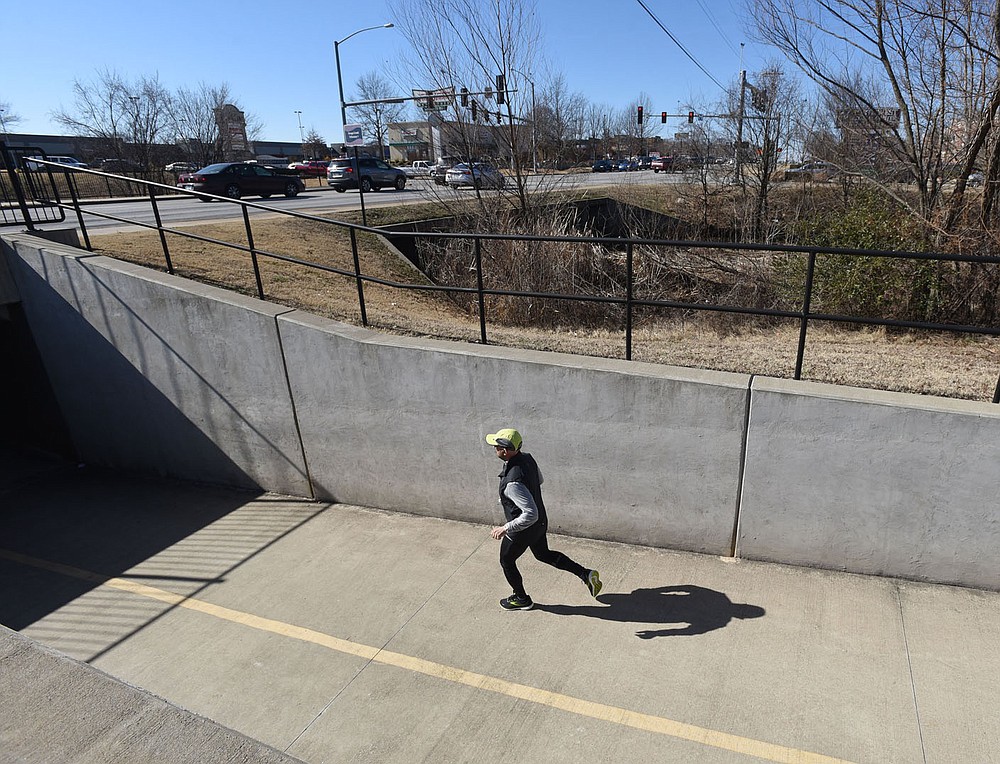 A runner moves along the Razorback Greenway on Wednesday Feb. 3 2021 near the intersetion of Medical Center Parkway and South Walton Boulevard in Bentonville. (NWA Democrat-Gazette/Flip Putthoff) 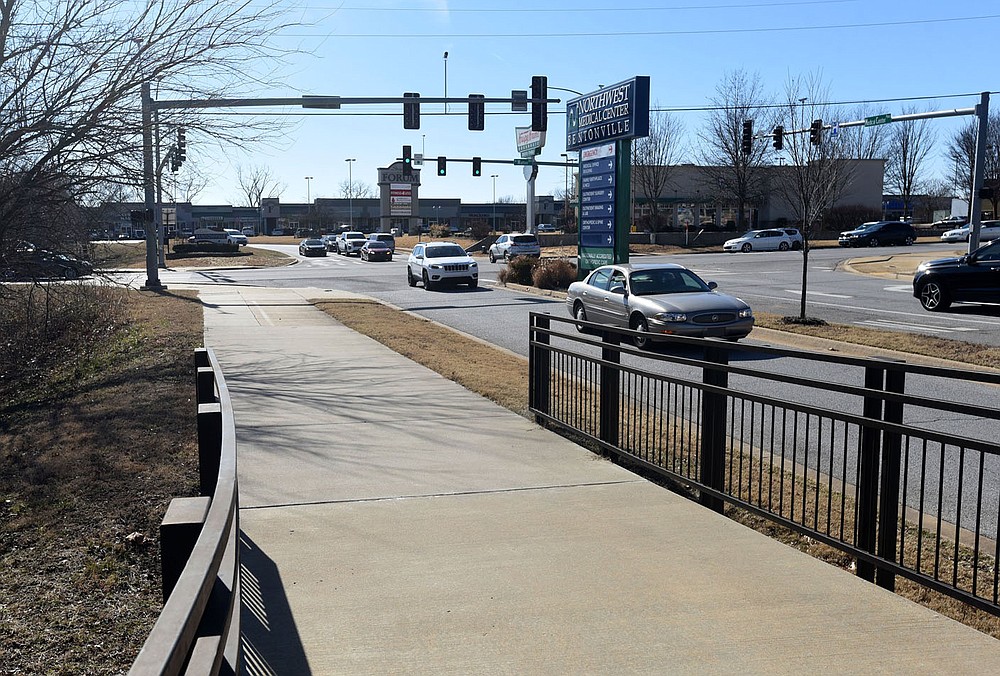 Traffice moves on Wednesday Feb. 3 2021 near a spur of the Razorback Greenway the intersetion of Medical Center Parkway and South Walton Boulevard in Bentonville. (NWA Democrat-Gazette/Flip Putthoff) 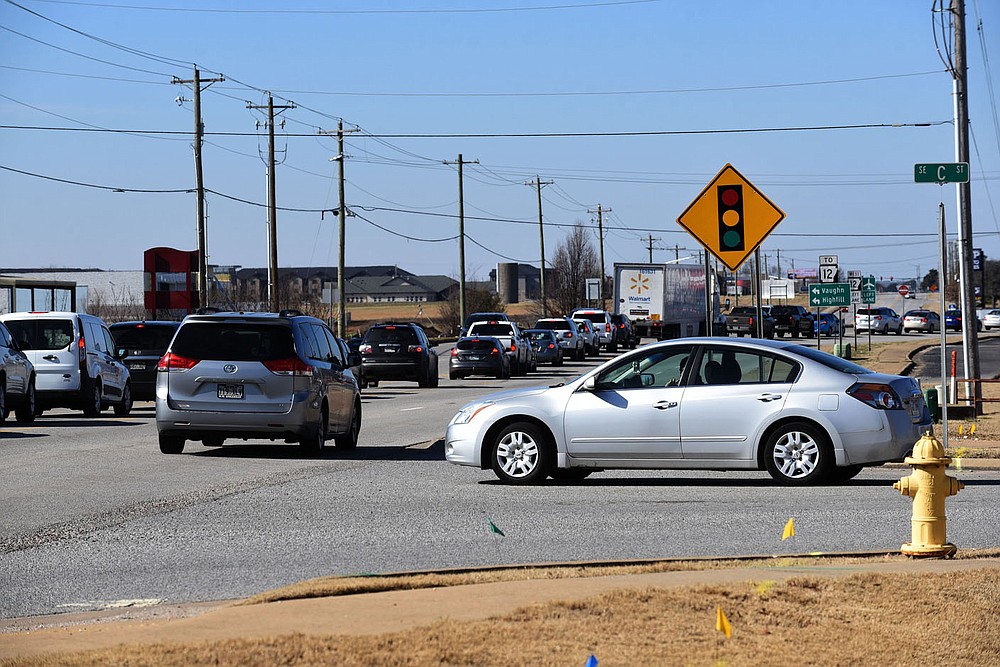 Bentonville’s City Council meeting will be held at 6 p.m. Tuesday at the Community Center, 1101 Southwest Citizens Circle. Those who attend should observe Centers for Disease Control and Prevention recommendations concerning hygiene, the use of masks or other facial coverings and social distancing. No one should attend the meeting if they are experiencing any type of illness involving a fever, sneezing or coughing or shortness of breath. Those attending in person may be screened before being allowed to enter by having their temperature taken and by being asked a series of questions focusing on possible exposure to covid-19.

Residents who would like to attend virtually can register by 4 p.m. Tuesday at https://us02web.zoom.us/webinar/register/WN_b2PktmKdTiSZtclqF0MxNg