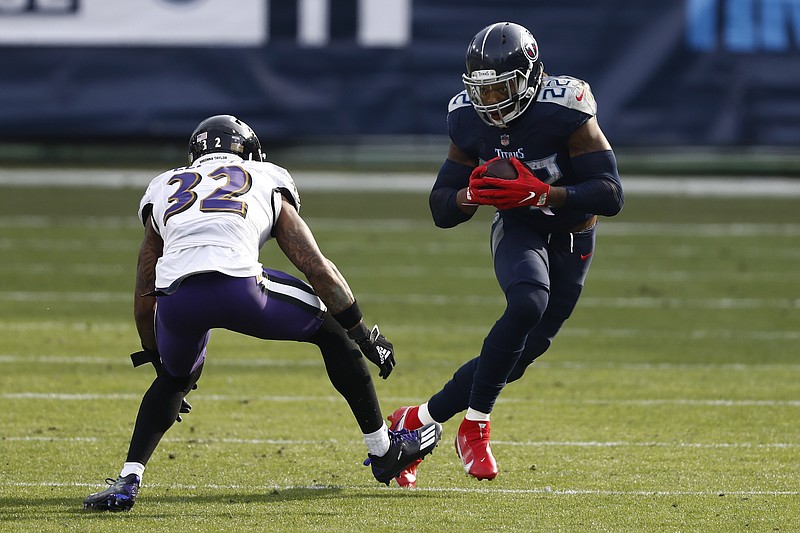 A pair of Aarons pulled off an NFL hat trick Saturday night.

Also taking home awards were two members of the Washington Football Team: quarterback Alex Smith was the Comeback Player of the Year in one of the most inspirational stories of 2020, and edge rusher Chase Young got the top defensive rookie.

Seattle quarterback Russell Wilson won the Walter Payton Man of the Year award for his work in the community.

Rodgers had perhaps the best season of his 16-year career, leading Green Bay to a 13-3 regular season, the NFC's best mark. Just a few months after questions arose about his comfort level with the Packers -- and their choosing a quarterback in the first round of April's draft -- Rodgers, who turned 37 in December, tore up the NFL.

Rodgers topped the league with 48 touchdown passes, completion rate (70.7%) and a 121.5 rating. He was picked off just five times.

"You just named two great defensive players," he said, "so any time your name is mentioned with greats, you will be honored -- especially there's only a few that have accomplished that. To be the third to do it that is truly a blessing. It shows the body of work that I have; anytime your hard work is rewarded you are going to be happy about that. It is just a blessing."

The 36-year-old Smith completed a remarkable comeback from a broken right leg that required 17 surgeries to repair. Smith stepped in to start eight games before a strained right calf in the same leg sidelined him for the postseason spot he helped the team secure.

Everyone across the league cited Smith as an inspiration.

"It is humbling when I hear that," Smith said. "I know for how long I spent thinking about and looking at the men and women who inspired me. I am stuck in the hospital bed, stuck in a wheelchair, spent countless hours googling and looking at videos of our service men and women going through the same rehab as I went through. ...

"So there were definitely people in front of me that I am so thankful for that allowed me to go down this path. And obviously I am humbled and I guess you hope that you can kind of be a link in that chain for anybody coming behind you." 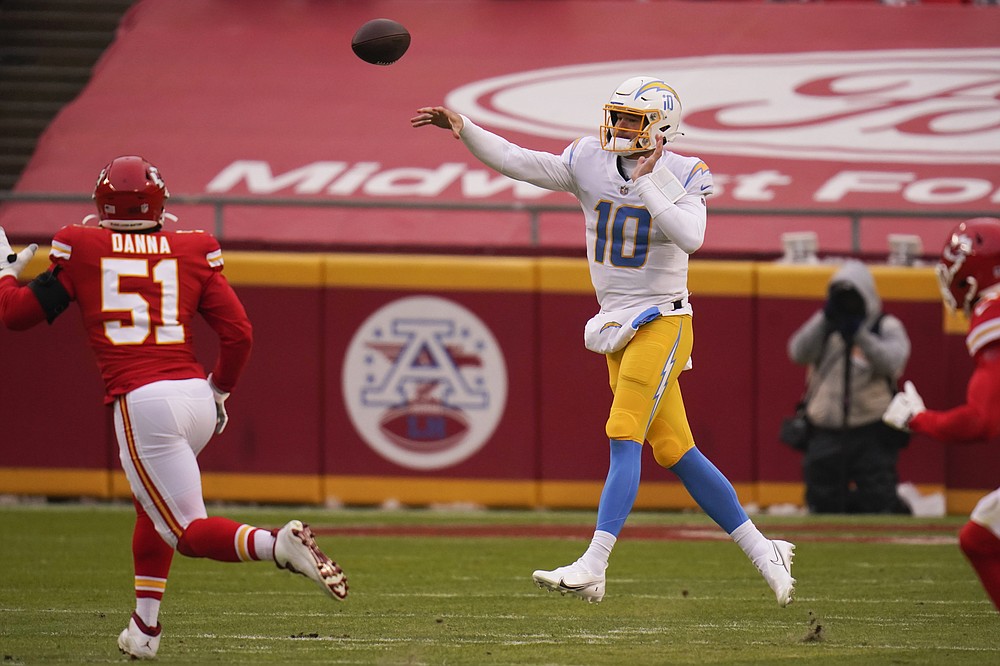 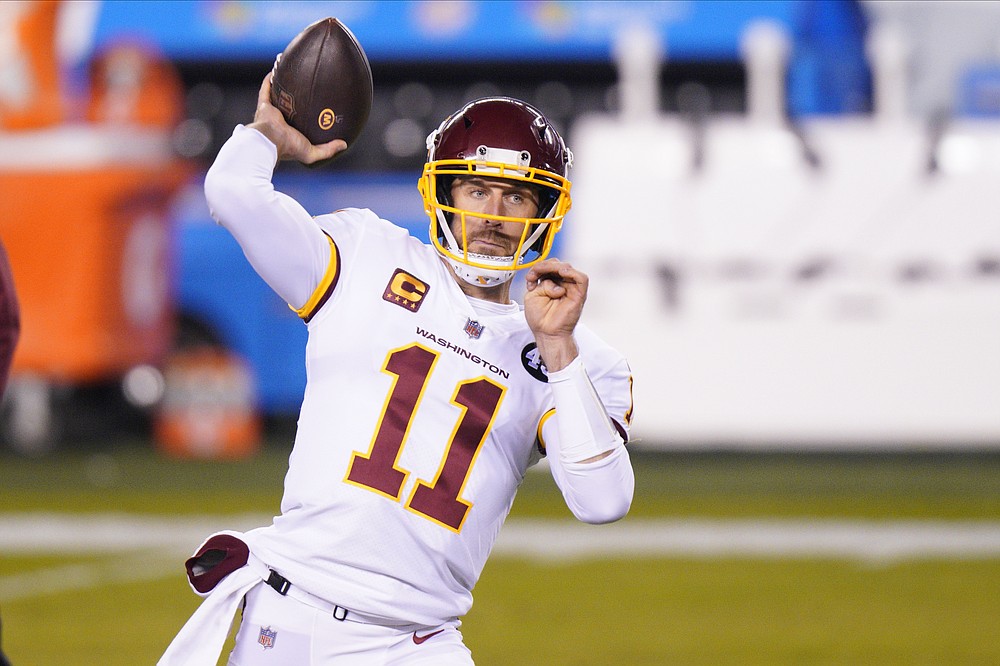 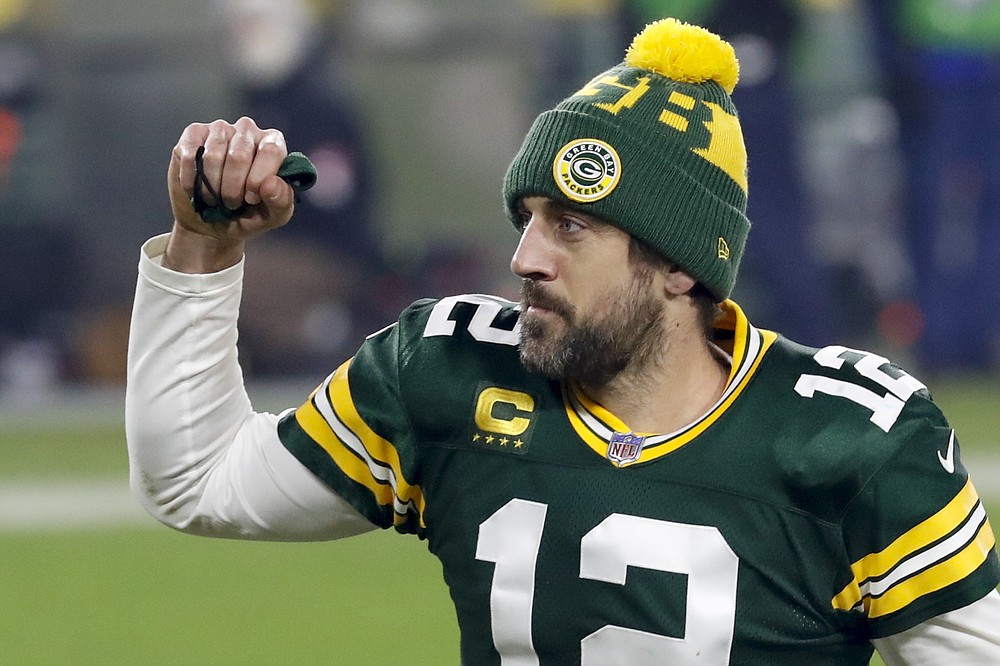 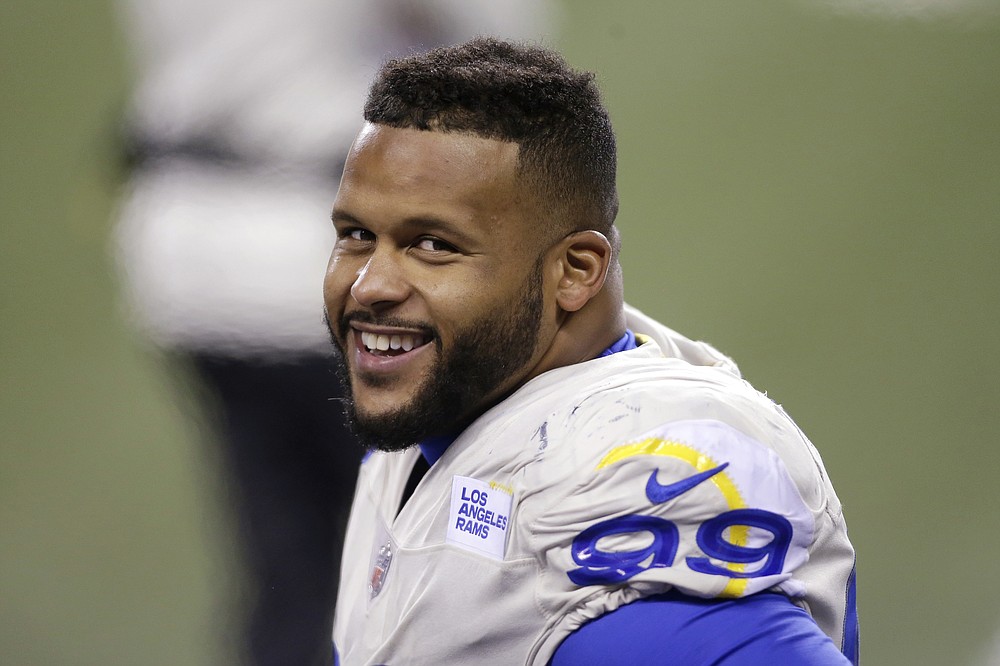 Los Angeles Rams defensive end Aaron Donald smiles as he stands on the sideline late in the second half of an NFL wild-card playoff football game against the Seattle Seahawks, Saturday, Jan. 9, 2021, in Seattle. (AP Photo/Scott Eklund) 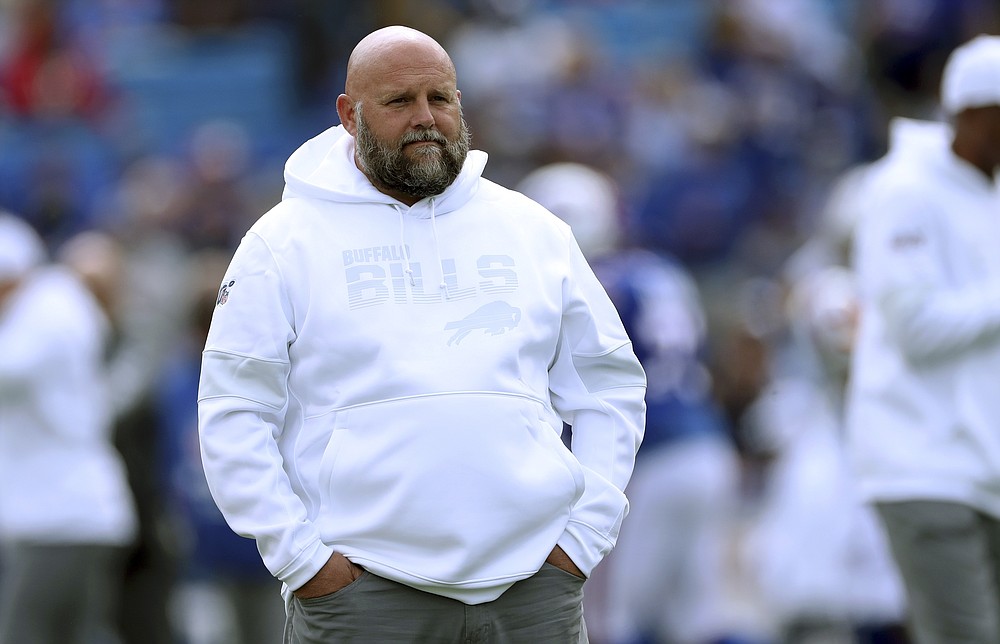 FILE - In this Sept. 29, 2019, file photo, Buffalo Bills offensive coordinator Brian Daboll watches the team warm up for an NFL football game against the New England Patriots in Orchard Park, N.Y. The likelihood of Daboll staying in Buffalo for at least more season have increased after he was passed over in filling the Los Angeles Chargers coaching job, two people with direct knowledge of Daboll's plans told The Associated Press. (AP Photo/Ron Schwane, File) 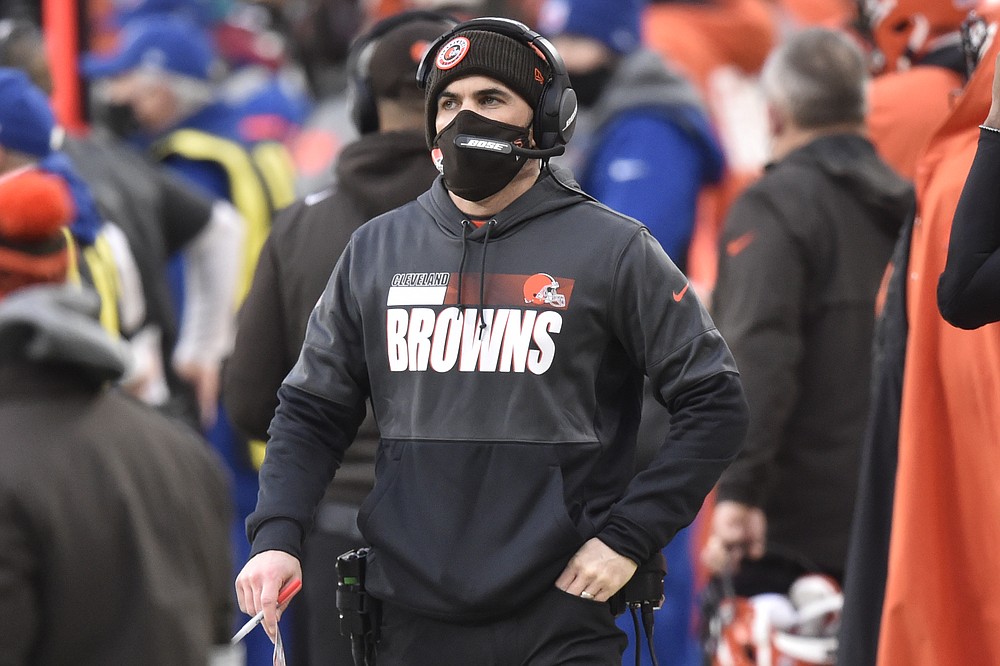 Cleveland Browns head coach Kevin Stefanski looks on during the second half of an NFL football game against the Pittsburgh Steelers, Sunday, Jan. 3, 2021, in Cleveland. (AP Photo/David Richard) 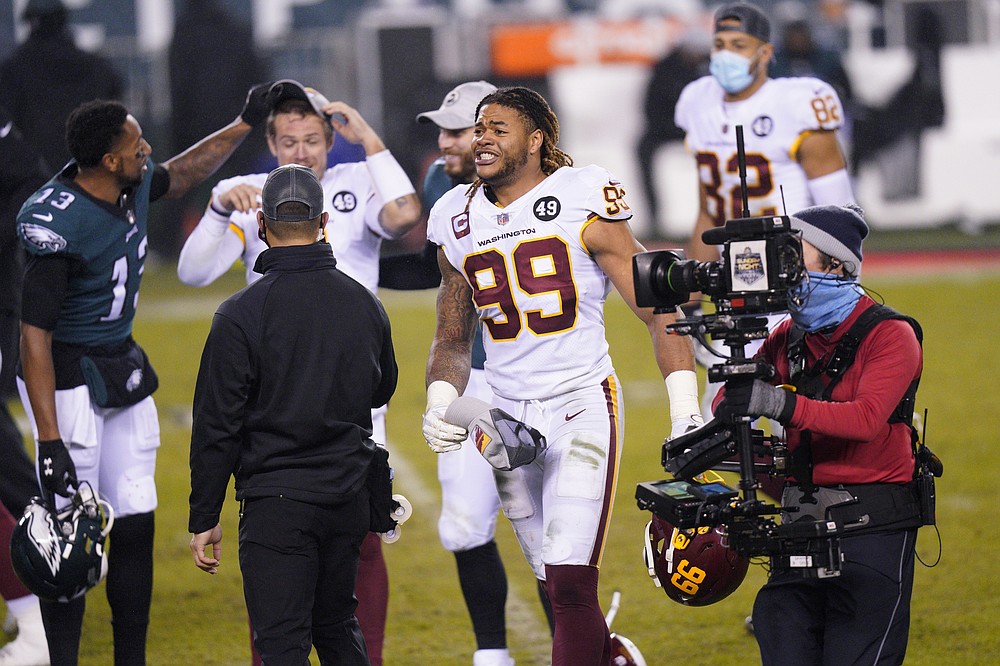