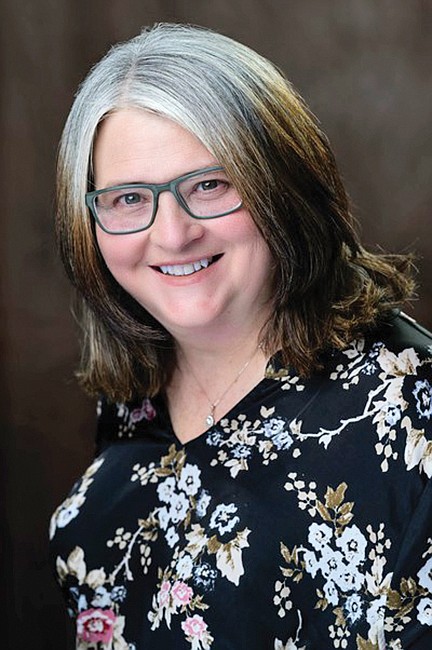 CONWAY — CONWAY — The Conway Area Chamber of Commerce’s ninth annual Women in Business Awards took place in December at Reynolds Performance Hall on the campus of the University of Central Arkansas. Presented by PattiCakes Bakery and Stoby’s Restaurant, the masked and socially distanced event honored four Outstanding Women in Business, an Outstanding Woman in Nonprofit and a Diamond Achievement Award recipient.

Crystal Kemp, chief marketing officer at Conway Corp, is the 2020 Diamond Achievement Award recipient. This award is presented to an individual with at least 25 years of professional experience who has inspired and empowered many generations of women and who has had a positive impact on those in her profession and in the community.

“It was a tremendous honor to receive the Diamond Achievement Award,” Kemp said. “There have been eight previous honorees, and to be named in a list with women who I have great admiration for is a huge honor.”

Kemp has worked for organizations in the heart of Conway for the past 29 years, including a 20-year career at Conway Corp. As chief marketing officer, Kemp has led her team in elevating the voice of the customer experience through the development of a brand-standard customer-service training program. She has also served the cable and power industry on regional and national steering committees and panels, and was recently listed among Cablefax’s 2020 Most Powerful Women.

As the mother of two daughters, Kemp was a Girl Scout leader for more than 18 years. During her remarks upon receiving the Diamond Achievement Award, she shared with the audience notes she had jotted down six years ago during a meeting where 13-year-old Junior Girl Scouts were planning to lead younger Brownie Girl Scouts in an upcoming event. She had asked the girls for advice they would give to the younger girls.

As she reflected on their words six years later, Kemp realized the list was meaningful to her today because “it was not a list of things to do to get ahead,” nor was it self-serving.

“I am thankful for the people who believed in and invested in me in my youth and early in my career,” she said. “As a result, I have been drawn to organizations that provide that kind of support for young people — especially young women.”

Outstanding Women in Business and Nonprofit

The 2020 Outstanding Women in Business are Vickie Crutchfield of Arkansas Property Brokers, Julie Goodnight of Julie’s Sweet Shoppe, Cate McConnell of Smith Ford and Denise Perry of the Sandstone Real Estate Group. Dr. Shaneil Ealy of the University of Central Arkansas is the 2020 Outstanding Woman in Nonprofit. These women “embody high standards of excellence, dedication and accomplishment to their respective organizations, industries and to the business community.”

A 25-year real estate veteran, Vickie Crutchfield has devoted her career not only to tending to the care and concerns of her customers, but also to serving the real estate industry overall. Under her leadership, the Faulkner County Board of Realtors formed the Community Charity Committee, which awards a monetary gift to a local charity each year, allowing Realtors to give back to the community that keeps them in business.

“It was definitely a surprise to be nominated since I had no idea someone actually thought that I should be considered,” Crutchfield said.

Crutchfield’s talents leave a ripple effect, as she mentors and encourages her peers at Arkansas Property Brokers and those starting out in the industry. Outside of her job, she has devoted much of the past 10 years to her work with the Friends of the Faulkner County Animal Shelter Initiative, which works to rescue and transport animals with the goal of building a shelter to serve the needs of Faulkner County.

“I have been absolutely blessed to be able to work with people who are kind, considerate, helpful, supportive and have given me the opportunity to be successful in my profession,” Crutchfield said. “Giving back with volunteer time is the only way I can even start to tell my community how much it means to me to live in the best place in the United States.”

With more than 34 years in the industry, Julie Goodnight’s work as the owner of Julie’s Sweet Shoppe has reached a level of success with no expiration date in sight. It is known that her products are delicious, but Julie’s behind-the-scenes work to inspire and mentor her team is now celebrated publicly.

Always holding those around her to a high standard of excellence in their professional and personal lives, Goodnight’s passion for perfection is contagious. She offers quality service to her customers while committing countless hours and products to local organizations, such as the Soul Food Cafe, Bethlehem House, Haven House and the Blackbird Collective, as well as hosting a Veterans Day celebration for the past 20 years.

Under the title of office manager, Cate McConnell assists with countless aspects of Smith Ford, proudly serving the dealership that her great-grandfather started more than 100 years ago. She is known for always projecting a positive attitude, whether in leading her team or working with customers to offer them quality service.

“I have so much pride working for a company that has supported the community of Conway and surrounding area for over 104 years,” she said. “Smith Ford is blessed to have so many customers and people put their trust in us year after year.”

McConnell carries on the legacy of her family by devoting as much time and energy to her community as she does her company. Professionally, she has ensured Smith Ford’s support of local initiatives by providing cars or other auction items to local schools, churches and hospital fundraisers. Personally, McConnell and her family support the United Way of Central Arkansas, and she has served on the boards for both the United Way and the Conway Area Chamber of Commerce.

She said she has personally supported the United Way of Central Arkansas for a few years now and got started when she was asked to join the board.

To some, Denise Perry is best known as an educator, teaching fourth grade at Ellen Smith Elementary School for more than 16 years. To others, she is known as the Realtor who got in on the ground floor of Sandstone Real Estate Group — the first minority-owned real estate company in the area — or the executive broker who has trained and mentored fellow female real estate agents, helping them to achieve their goals and serve clients.

“Being honored by the chamber as an Outstanding Woman in Business was quite humbling,” Perry said. “To be named in such a distinguished list of women is a wonderful honor. It means so much to me.

“It was such a privilege to even be nominated, but to be actually chosen was awesome.”

Perry continues her enthusiasm for education by volunteering with organizations such as the Reynolds Performance Hall Community Council, specifically its Main Stage Education Series, which offers educational performances to local students throughout the school year.

“Growing up with a school teacher made me appreciate the importance of education, and I wanted to be an educator,” she said. “Now I get to educate home buyers and sellers.”

Additionally, she serves on the Conway Corp Board of Directors, the first African-American woman to do so, as well as the Conway Area Chamber of Commerce’s Strategic Planning Steering Committee.

“It means a lot to me to be chosen to serve on the Conway Corp Board of Directors,” she said. “This long-standing company has operated for more than 90 years and is a city-owned utility company.

“I’m so proud to be a part of such a distinguished board of directors.”

Shaneil Ealy has served the University of Central Arkansas for the past 17 years and now holds the role of associate vice president, leading her team in the Division of Outreach and Community Engagement. The responsibilities that fall under her professional umbrella seemingly overlap with the initiatives to which Ealy devotes her free time.

“Our work is significant and relevant to the needs of our university and community and is quite fulfilling,” she said. “I am so grateful to be in a position to serve in a university that recognizes the importance of diversity and allows me to fulfill my passion of elevating, empowering and embracing women through our Women’s Leadership Network.”

In leadership roles for the Conway Area Youth Leadership Institute, the UCA Women’s Leadership Network, the Conway Downtown Partnership, the Conway Area Chamber of Commerce’s Minority Business Task Force, the Conway Public Schools Foundation and more, Ealy has shown a commitment to advocating for others, connecting people with resources and like-minded mentors, elevating the student experience and investing in her community. Additionally, she and her husband own two diesel repair companies in Conway and Little Rock.

“As a Black leader, I have great responsibility to widen the doors so the generation behind me may be invited to sit at the table,” Ealy said. “Throughout my career, I have been fortunate to work for some inspiring women leaders who challenged me to pursue my doctorate and apply for promotions.

“I also have women who keep me accountable in my faith walk, which is very important to me also. I just want to do the same for others.”