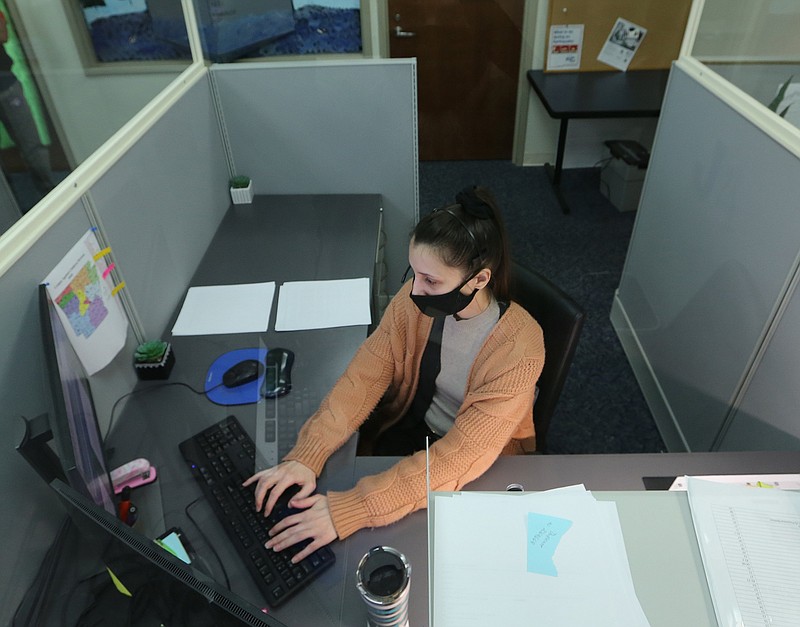 Arkansas is the only state in the country in which two separate state departments conduct non-criminal investigations of suspected child maltreatment.

The state police conduct investigations into alleged abuse of children in foster care to avoid a conflict of interest for the Human Services Department, which oversees the foster care program.

While every state's system is a little different, Arkansas is the only state where a division of state police conducts non-criminal child abuse investigations, said Debbie Roark, retired investigative director of the agency's Crimes Against Children Division.

The state police bills the Human Services Department about $3.3 million a year, mostly for salaries and equipment related to the hot line and the Crimes Against Children Division.

The Crimes Against Children Division was established in the 1990s after a lawsuit revealed that thousands of allegations of child maltreatment that had been referred to law enforcement didn't result in criminal charges, Roark said. Before the division's creation, the Human Services Department handled all civil investigations into suspected child abuse.

The division is staffed by civil investigators who determine whether a maltreatment allegation is true by a "preponderance of guilt," a lower bar than the "beyond a reasonable doubt" standard for criminal investigations, Roark said.

Gary Glisson, the division's current investigations editor, said the Legislature over the years has added more groups of professionals to the list of "mandated reporters," who are required to report suspected abuse to law enforcement.

The law now specifies 40 occupations as mandated reporters, including dentists, doctors, social workers and teachers. The majority of calls to the hot line come from teachers and other school staffers, according to state police data.

Anyone, however, can report suspected abuse to the hot line, even if they aren't legally required to do so or are sure that maltreatment occurred.

In addition to allegations of abuse, the state police investigate all unexpected deaths of children that weren't from illness, a requirement established in 2015 with state police support.

But to better understand the full extent of child maltreatment deaths, Roark said, Arkansas should require autopsies for all children who die unexpectedly outside of a medical care facility. Currently, county coroners decide whether an autopsy should be performed.

Arkansas needs a law "that says every child has to go for an autopsy," she said. "Because babies don't just die. You've got some reason, something's going on," she said.

Roark said the state police work closely with the Division of Children and Family Services as they investigate maltreatment allegations and call the agency if a family needs help.

Families often connect to services at one of 17 Children's Advocacy Centers of Arkansas. The centers serve as places for investigators to interview children about suspected maltreatment out of the presence of possible offenders. Some also have the equipment necessary for sexual assault examinations.

Center employees also work to connect families to services such as therapy.

"We love the child advocacy centers; there's just not enough of them out there," Roark said.

First lady Susan Hutchinson has made the centers one of her personal causes, and the program has grown, especially in rural parts of the state.

Hutchinson "has been a great influence" in educating people about what children's advocacy centers do, Meyer said.

Among the newer services available to families is SafeCare, created in response to a spike in the number of children in foster care in 2016, said Mischa Martin, director of the Division of Children and Family Services.

SafeCare aims to mitigate the risk of child abuse for children age 5 and under in families facing allegations of maltreatment. The program lasts for up to 18 weeks and provides parenting classes focused on parent-infant/child interactions, home safety and child health care. Arkansas Children's Hospital provides the program under an $8.6 million contract that expires in June.

Expansion of new programs to provide more in-home services was put on hold in 2020 because of dangers posed by the covid-19 pandemic.