OPINION | OLD NEWS: And lo, the ministers were all displeased 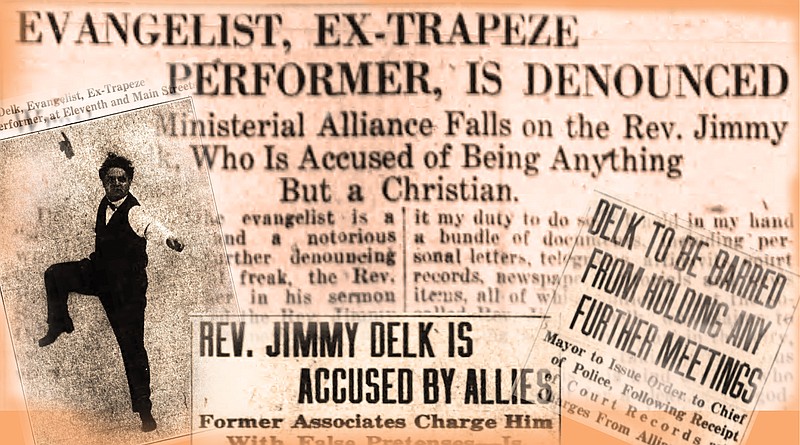 One hundred years ago, a traveling evangelist opened a series of revival meetings at Little Rock, and local ministers rose up as one to smite him and drive him thence.

The Rev. James L. Delk had spent December 1920 at Conway, preaching in front of the courthouse. At Little Rock, he went first to the Holy Ghost Chapel, a venue at 11th and Main streets used by what he called "the Pentecostal people." Others called that a Holiness congregation.

Delk said he was neither a Pentecostal nor a Holiness preacher but a Christian evangelist; sometimes he called himself "the circus evangelist." As a teenager, he had run way from home to spend almost three years as a trapeze performer for Buffalo Bill's Wild West show.

He brought his acrobatic skill to the pulpit, sometimes jumping on top of it as he shouted fire and brimstone. Sometimes he flung chairs.

Delk, who was white, had been deeply impressed at Conway in 1904 by the Black minister who today is remembered as founder of the African American Church of God in Christ — Charles Harrison Mason. Delk heard Mason preaching from the back of a cotton wagon, urging the 2,000 or 3,000 Black farmers surrounding him to seek higher spiritual development. Another Black minister in the wagon then sang two moving songs.

In years to come, Delk would advocate interracial worship and get himself beaten in the process. In the 1930s, he formally become a COGIC elder. But in 1921, he claimed no affiliation with Mason's church or any denomination. Instead, he called Mason his dear friend and advocated for union — all Christians worshipping together.

This was not quite respectable in 1921. Worse was the outrageous preaching style.

The chapel at 11th and Main was small, but Delk advertised in Little Rock newspapers to reach more people. He placed many ads in the Arkansas Democrat and Arkansas Gazette; but his ads appeared in almost every issue of Little Rock Daily News, a morning paper owned by Robert P. Robbins from 1917 to 1927.

The News conveyed his daily sermon topics, such as "Hell," "Confession," "Hearts" (everybody has two), "Peace With God" and "Thunder, Lightning, Clouds, Water and Rock."

Line drawings showed Delk swinging a chair or clambering over his pulpit. Other ads bore photos of him or his staff. His staff included assistant ministers and two female stenographers, one of whom was his booking agent. The stenographers recorded his sermons — a smart precaution for a man whose preaching riled folks up. 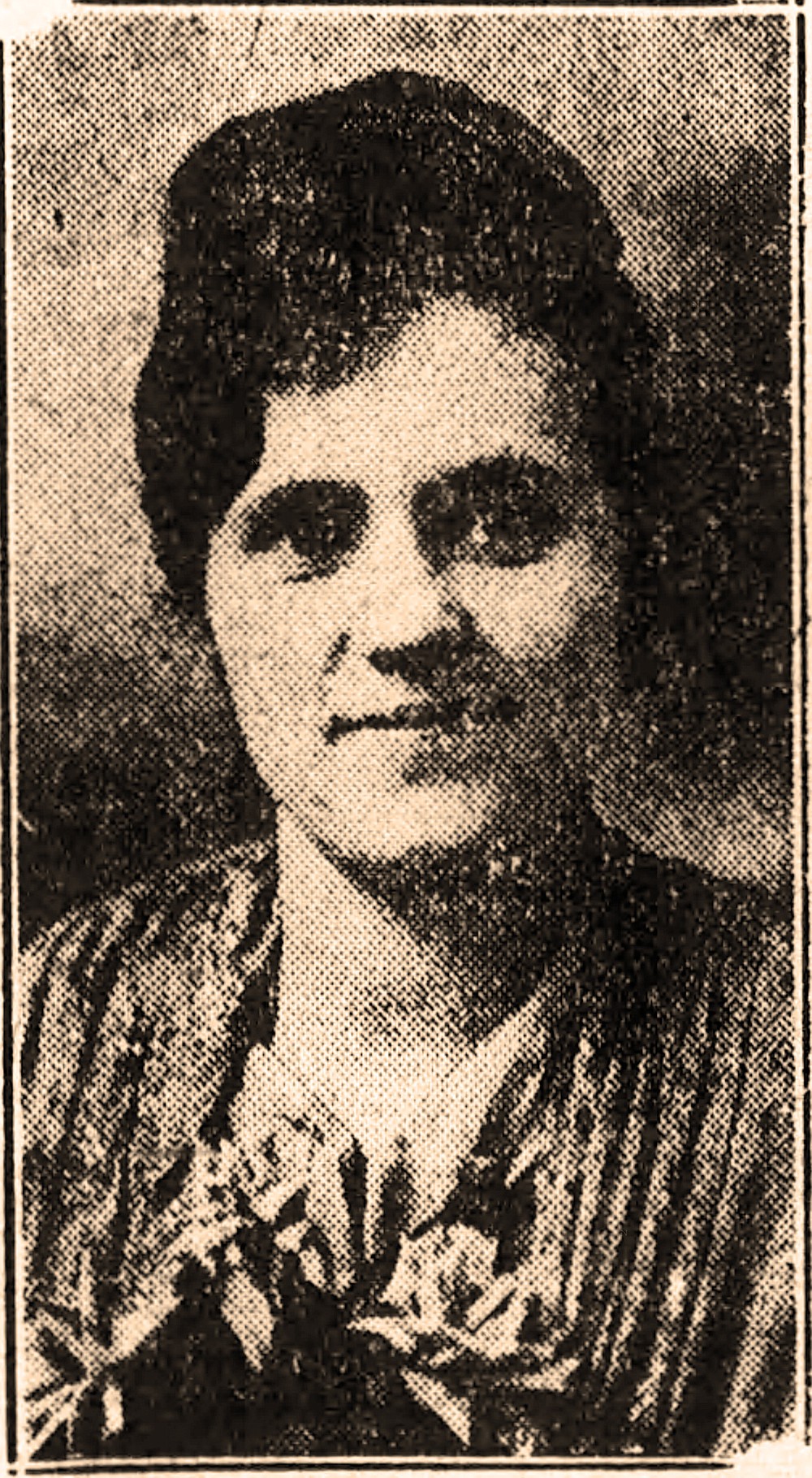 These ads likened him to the famous Billy Sunday and promised "one of the most demonstrative and sensational evangelists of the day; keeps his congregation in laughter and tears."

Soon he had rented the city's largest venue, Liberty Hall, while complaining about the $25-a-day fee in an ad in the Gazette.

To understand how, um, eye-catching that topic was, know that some churches hosted what were called "clean" movies but denounced any attempt by theater operators to show the same movies for free on Sundays. Theaters at Conway and Mena had just tried — and failed — to sneak Sunday movies into respectability by taking donations to support starving children in Europe.

One of Delk's ads (after the spit hit the fan) paraphrased that sermon thus:

"The churches need praying people, not moving pictures. Moving pictures are all right in their place, but their place is in the movie houses. The show people who follow that business for a living have just as much right to operate on Sunday with legitimate pictures as the church has. I don't believe in taking freedom from one bunch of people and giving to a bunch of Pharisees and Sadducees."

And lo, the Little Rock Ministerial Alliance was offended.

The Rev. Phillip Cone Fletcher denounced Delk to his Methodist congregation as a scoundrel, fakir and a notorious wrongdoer and a ministerial freak. "It is this kind of man who makes it difficult for a clean, sane, godly, worthy evangelist to do his best work in any community. This man should no longer be tolerated by the people of Little Rock. He is here in the interest of no denomination and no church," Fletcher preached.

Fletcher claimed to have — according to the Jan. 31 Arkansas Democrat — documents, affidavits and letters from "the alleged victims of the connivance of the Rev. Jimmy, letters from newspapermen, clippings from newspapers, and a letter from the chief of police of Topeka, Kan., all of which tend to give the Rev. Jimmy a black eye, so to speak, in the world of the real Christians."

Oh, my. That "a black eye, so to speak, in the world of the real Christians" reads as though spoken not by Fletcher but by the Democrat.

The Democrat quoted Fletcher that Delk had been convicted of using obscene words in Kentucky. Another charge had him "so mercenary" he had refused to preach at South Pittsburg, Tenn., because his hosts failed to pony up enough money, and then he had sued those hosts.

And he had borrowed $175 from an old lady in Chattanooga, Tenn., and not repaid her.

The paper quoted Fletcher: "Delk has a long train of ugly things following him from place to place. Yet he is in Little Rock seeking to reform the city."

The Gazette and Democrat both reported that when the Ministerial Alliance met with Mayor Ben D. Brickhouse and the police chief to demand Delk's ouster, other charges were aired: that Delk had caused the separation of a man and his wife, that he had been arrested for indecency.

The Democrat on Feb. 1 reported that "The Rev." Delk had been barred from Liberty Hall. For the next few days, the Democrat put quotes around "reverend" when it mentioned Delk.

But, as the Feb. 2 Gazette reported, Delk did preach at Liberty Hall. He had not in fact been barred.

But by the afternoon of Feb. 2 he was barred. The mayor had the doors locked with Delk's songbooks and hymnals still inside. Brickhouse told the rental board if it didn't bar Delk, he would convene the city council for a vote to demolish Liberty Hall.

After some grandstanding — threatened confrontations that didn't come to pass — the city ministers dusted off their hands, and Delk moved his meetings back to the Holy Ghost Chapel.

But he sued the Arkansas Democrat in federal court for libel, seeking $25,000 in compensatory damages and $5,000 in punitive damages.

Lawyers volunteered to defend the Democrat for free. The Democrat thanked them, but said it was proud to sacrifice its own purse on the altar of public duty:

"Wherein did this newspaper render itself liable? In the publication of charges made by one of the leading clergymen of this city, and actions taken by him, and by his associates of the cloth against this evangelist.

"They were charges which were crying out for publication."

But it stopped reporting about Delk, whose crew finished their run at Liberty Hall although he did not preach. An associate preacher took his place.

Later in February, Delk's landlady complained that he hadn't paid for his party's three rooms since December, and he was arrested. Mrs. A.E. Files, proprietor of 807 W. Markham St., told the Gazette she had reprimanded the two stenographers for doing laundry in their room and drying their clothes on the heater.

Delk got angry, she said, and followed her into the room of another boarder on the ground floor:

Mrs. Files said the woman who occupied the room was dressed only in a kimono, but that the Rev. Mr. Delk walked right in, continuing his abuse of her.

He paid Files $58 and was released. That evening he held his usual meeting at the Holy Ghost Chapel. His meetings continued sporadically through mid-April, although he eventually had to use a vacant lot.

His suit against the Democrat came to trial April 27. The Democrat reported that much of the evidence the ministers gathered was inadmissible, but on the stand, Delk "admitted" he had been arrested 16 times and jailed for street preaching.

"His own attorneys brought out that he had been arrested on charges of white slavery and with being the father of an illegitimate child. They said he had been acquitted of the latter charge and that the former had been withdrawn."

He said he usually made $12,000 a year, but had unpaid debts in other cities because he was a poor businessman.

The jury took 40 minutes to find in favor of the Democrat.

In a 2017 masters thesis posted online by the University of Missouri, historian Kenan Aaron Brown writes about the long, broken road of the Rev. James Delk (see arkansasonline.com/28brown). Brown writes that Delk was remarkable as an early advocate of interracial theology and ally of Black religious leadership.

In 1945, Delk wrote that he hoped to be remembered after his death as a man "who lived and died loving all people, regardless of Race, Creed or Color." Instead, Brown writes, after his death at age 76 in 1963, his white contemporaries more likely remembered his showiness and combative delivery style, his three failed marriages and multiple failed political campaigns in Kentucky.

"While Delk's life exemplifies the potential for interracial religion among early Pentecostals," Brown writes, "it also shows how the very countercultural personality which enabled him to act upon his interracial theology also held the potential to sabotage his activism."

How he talked spoke louder than what he meant to say. 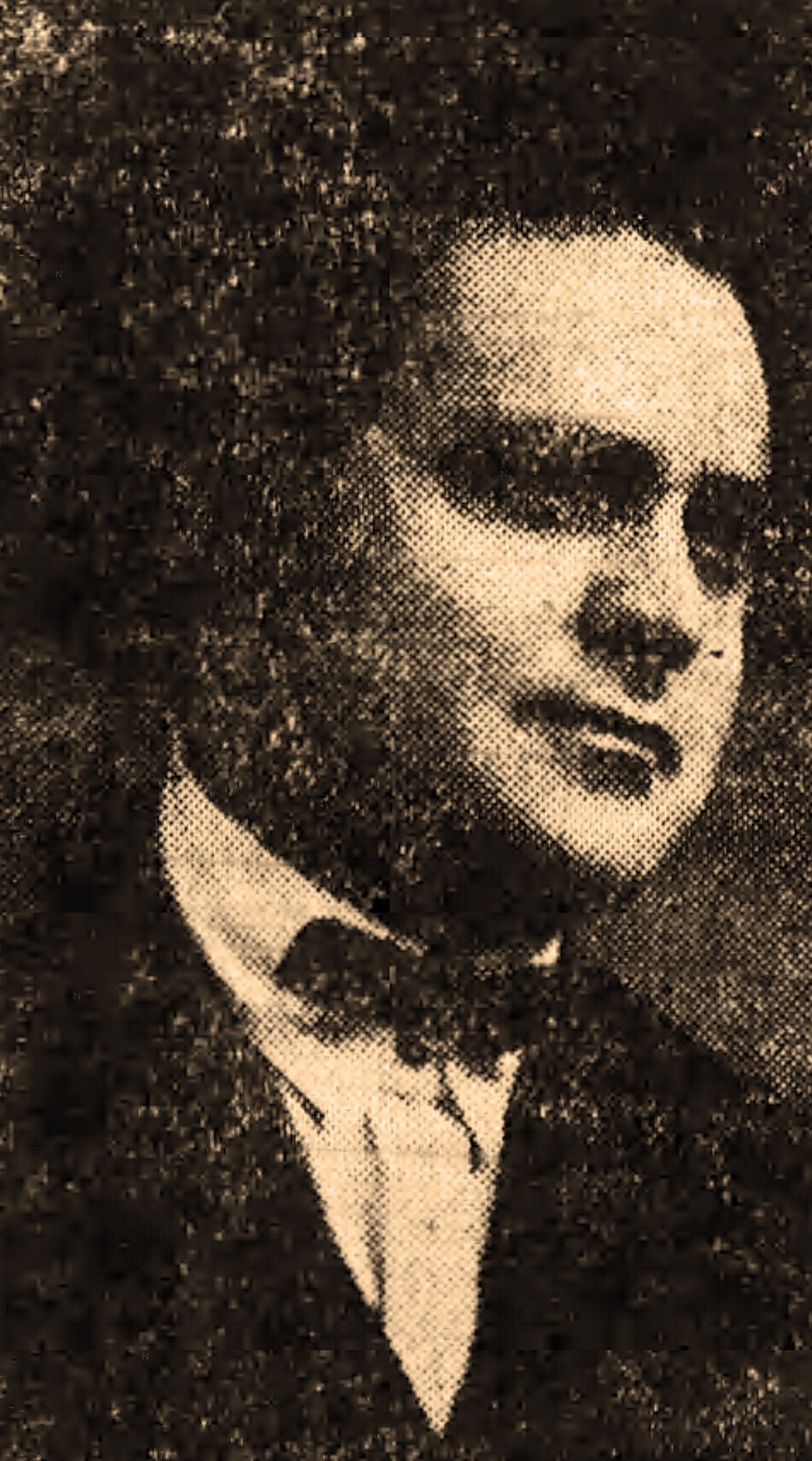