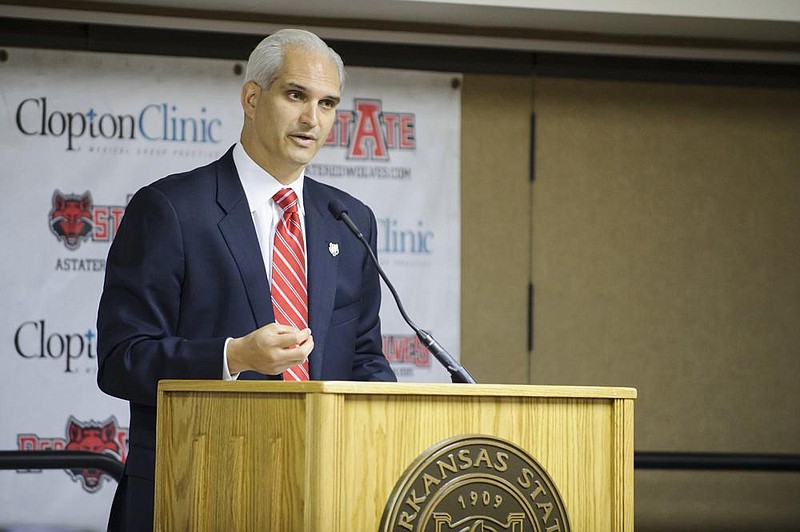 Nine years after returning to his alma mater and transforming its athletic department on and off the field, Terry Mohajir is leaving Arkansas State University.

Mohajir was named the next athletic director of the University of Central Florida on Tuesday, one day after multiple national outlets reported his move to the Group of 5 powerhouse. He replaces Danny White, who left UCF last month for the same role with the University of Tennessee. Mohajir's first order of business will be to fill the football program's head coaching vacancy.

ASU will now begin a search for Mohajir’s replacement, who will become the 12th athletic director in program history. Per Mohajir’s 2018 contract extension with ASU, the school is entitled to a $500,000 buyout for accepting a job with another Group of 5 school.

"I'm excited for the opportunity to build on the tremendous momentum UCF's talented student-athletes, coaches and staff have established with the enthusiastic support of Knight Nation and so many generous donors," Mohajir said in a statement. "There's no doubt in my mind that together we will continue to construct the best athletics program in the country by providing exceptional resources and services to our students. I'm ready to Charge On with Knight Nation."

Mohajir, who played safety at ASU and graduated in 1993, returned to Jonesboro in 2012 and in the near decade that followed presided over one of the most successful periods in the school's athletic history.

The Red Wolves won 25 conference championships during his tenure — more than any other Sun Belt Conference school — including four Sun Belt football titles and three championships between ASU's men's and women's basketball programs. Mohajir was responsible for hiring football coaches Bryan Harsin, Blake Anderson and Butch Jones, and the Red Wolves made bowl game appearances in every season but 2020 under his watch, earning four postseason victories over that span.

In 2019-20, ASU earned the Vic Bubas Cup, the Sun Belt's annual all-sports championship trophy, for only the third time in school history.

During his nine years in Jonesboro, he developed a reputation as a skilled fundraiser and oversaw $90 million worth of facilities upgrades, including a $29 million renovation of Centennial Bank Stadium’s north end zone completed in 2019. In 2012, ASU athletics made $15.3 million in total revenues according to USA Today, and those figures spiked under Mohajir, reaching a school record $43.1 million in 2016 and a most-recently reported $35.5 million in 2019.

As ASU's status grew nationally in the last decade, so did Mohajir’s, and he was selected to represent the Sun Belt as one of 13 members of the College Football Playoff committee in 2019.

UCF has achieved even greater growth in recent years, arriving on the national stage with a 13-0 football season in 2017, and stands as one of the top destinations in the Group of 5. White — Mohajir's predecessor — was paid $1.08 million annually at UCF, more than double the $450,000 Mohajir received at ASU.

ASU's top job is an attractive opening, and the search for a replacement will be made easier by the previous nine years of work done by Mohajir, who left the university's athletic department Tuesday better than he found it in 2012.