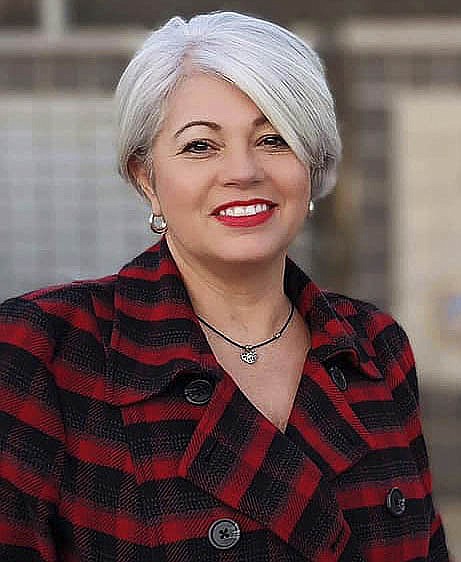 BENTONVILLE -- The Benton County Quorum Court needs to replace a justice of the peace once again.

Renona Crowden, justice of the peace in District 10, announced her resignation because she moved out of the county, Barry Moehring said in an email to the other members of the Quorum Court.

District 10 covers the west side of Bella Vista.

Crowden, a Republican, wasn't at the January Quorum Court meeting.

"I am moving from District 10 and away from Benton County and therefore cannot fulfill the duties of the office," Crowden said in a four-sentence email to Moehring and Benton County Clerk Betsy Harrell.

Crowden, 53, had lived in the district for 2½ years. She is retired from the Arkansas Air National Guard and retired as director of Benton County Veteran Services Office.

The Quorum Court must declare a vacancy when a justice of the peace resigns. Moehring said a resolution declaring a vacancy will be brought to the Feb. 16 Committee of the Whole meeting and again at the Feb. 25 Quorum Court meeting.

Gov. Asa Hutchinson will make the appointment to fill the seat for the remainder of the two-year term. The person appointed is prohibited from running for the seat at the end of the term.

The Quorum Court has dealt with several justices leaving in the last two-year cycle.

Jerry Snow took over for Joel Jones in District 7 in February 2019, and James Furgason took over for Adriane Carr in District 12 in April 2019. Jones and Carr, who both won reelection in November 2018, moved out of their districts. Snow and Furgason were appointed by Hutchinson. Jones is now the District 8 justice, replacing Shirley Sandlin, who didn't seek reelection.

Kenny Bierman was appointed to the District 14 justice of the peace seat in July. Bierman replaced Brent Meyers of Lowell, 78, who died in April. Bierman served until Dec. 31. Republican Leigh Nogy ran unopposed for the seat in November.

Justices of the peace serve two-year terms. The Benton County Quorum Court is made up of 14 Republicans.

Justices are paid $157 for Finance Committee meetings, $251 for Committee of the Whole meetings and $251 per Quorum Court meeting.