School district getting $3 million from last round of U.S. virus aid 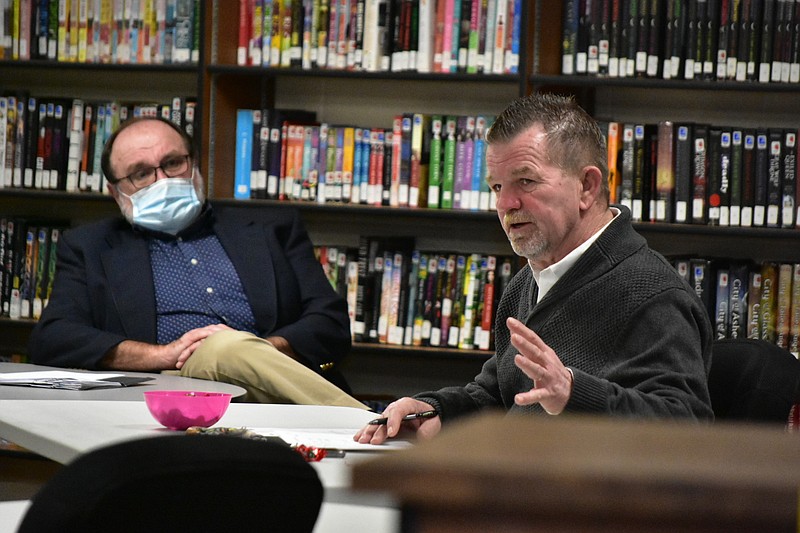 A second wave of economic relief funding has been distributed to school districts across Arkansas, and all four Jefferson County districts are receiving millions of dollars.

Watson Chapel School District Assistant Superintendent Bill Tietz announced during Monday's monthly board meeting the district would receive more than $3 million in ESSER II funding. ESSER stands for Elementary and Secondary School Economic Relief, and the the second wave of funds are part of a $54.3 billion package Congress set aside under the Coronavirus Response and Relief Supplemental Appropriations Act that former President Trump signed into law on Dec. 27.

The first wave totaled $13.2 billion, set aside under the Coronavirus Aid, Relief, and Economic Security, or CARES, Act that was signed into law last March 27. The Arkansas Department of Education distributed both funding rounds.

The funds are designed to address the impact that covid-19 has had on elementary and secondary schools. Focus areas for the funds include food security, student support and continuous learning, technology and systemic procedures, and facilities, the latter of which was not addressed in the first funding round.

In the Watson Chapel district, the funds will go toward recovering the loss of learning, an after-school program for senior credit recovery, face-to-face summer school for children in grades kindergarten through eight and credit recovery for grades nine to 12 with a virtual option, including stipulations. For the facilities aspect, Tietz said the district will address air quality at the high school campus by improving the air system.

"We're trying to improve the main system without costing us a fortune," he said. "Other monies have to go to curriculum areas, and we can't ingest it all into one area. We're going to do what we can with what we've got. We're trying to be real cautious because, Lord almighty, we don't get that kind of money very often. These kids need all the money they can get, but we've got to use it wisely and where we need to improve academic achievements.

"We've got to start targeting these kids. They are so far behind," Tietz said.

The exact allocation for Watson Chapel, according to data from the Education Department, is $3,024,972.

Board member Donnie Hartsfield commended Guess for his work to remove the district from financial and academic distress. Guess announced his resignation as superintendent -- effective June 30 -- at the January board meeting.

Watson Chapel kindergarten-through-12 curriculum director Kristy Sanders reported the number of virtual students in the district has fallen by 35 to 845. Each of the 35 is on campus now, she said.

In a report from the Ready for Learning Committee and District Guiding Coalition Team, Sanders said Watson Chapel takes a position similar to that of Illinois school administrators that testing scores as a high percentage of a school report card grade should be waived because of a high number of quarantines. The Illinois school leaders, Sanders said, sent a letter to their state education department seeking the waiver.

As to whether Watson Chapel and other districts in Arkansas will send a similar letter to the Arkansas Department of Education, Sanders said they're waiting until test scores come out July 1.

"Before we send our request, we would like to have all of our data," Sanders said. "We've still got kids on quarantine, so the numbers are going to be even greater as time goes along, so we'd like to have our data to show the reasons why we don't need to count it at such a high percentage.

"We have students in second and third quarantines, and a quarantine is 10 days. They go virtual during that time and then they come back on site.

"And, see, the quarantine can come from the community," she continued. "If their parent gets it and comes home with it, and the student comes to school and they get it, the nurse has to go in and look on the camera at every kid sitting around that kid, and she quarantines all of them."

According to the latest quarantine report from Friday, Sanders said, there were 63 active quarantines and seven positive cases. Thirty-two of them involved students at Watson Chapel Junior High.

The District Guidance Coalition Team is focusing on literacy improvement by establishing a poetry club at the junior high campus to teach students how to express thoughts and feelings in a literary form like Amanda Gorman, who performed at the presidential inauguration and Super Bowl in Tampa, Fla.; sending a community survey to request support for reading campaigns, books for families and parent assistance with literacy; and introducing a three-week series on the PAST Assessment for testing and providing interventions for struggling readers and identifying those with characteristics of dyslexia.

The district master schedule for 2021-22 was approved. Among important dates:Oct. 15 is designated as a fall holiday, but is subject to coincide with UAPB homecoming activities.

May 10 is graduation, which is subject to change during covid-19.

Ten to 15 ninth- through 11th graders at a time will take a tour of the Jefferson Area Technical Career Center campus during the first week in March. Guess set a target number of 150 students to visit.

"We think it's critical for kids to understand career development."

All Watson Chapel 11th graders will take the ACT on Feb. 23 at no cost. That will be a virtual day for 10th and 12th graders.

"All they have to do is to go in and register, and they can send the score from their test to colleges," Sanders said. 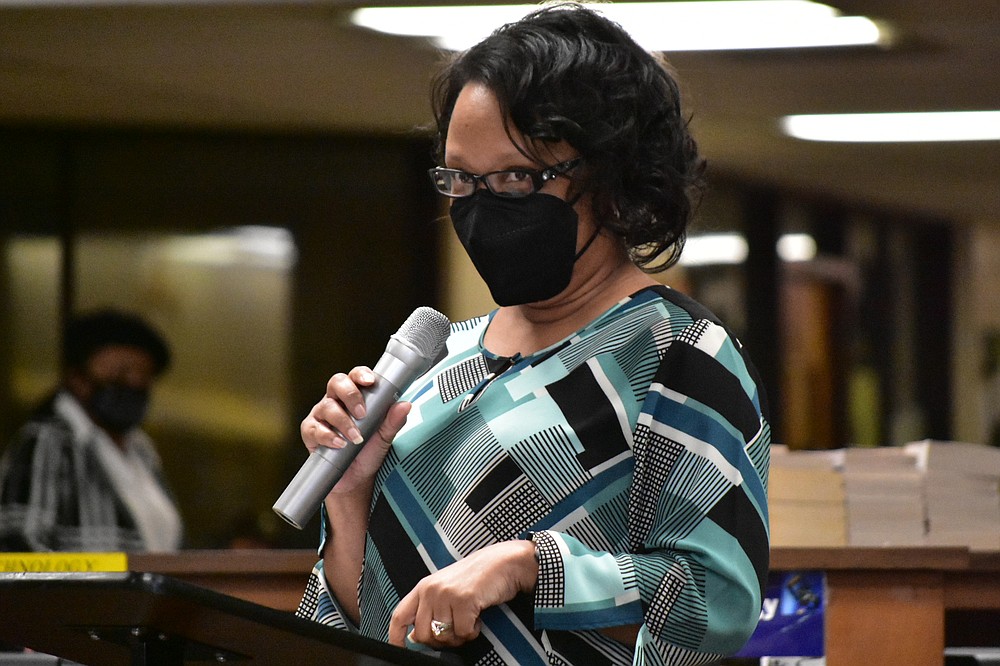 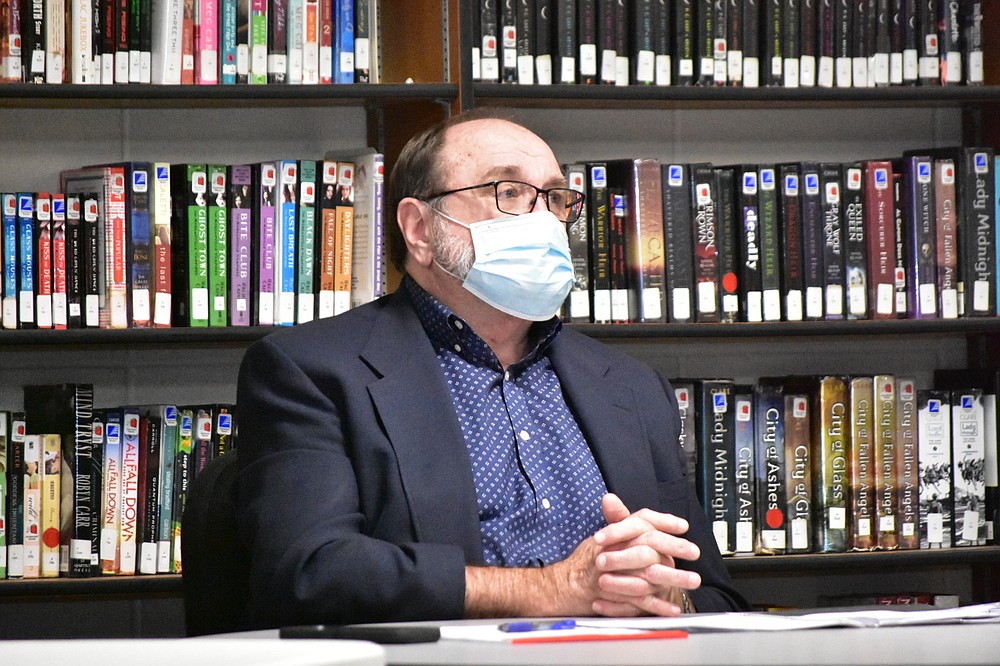 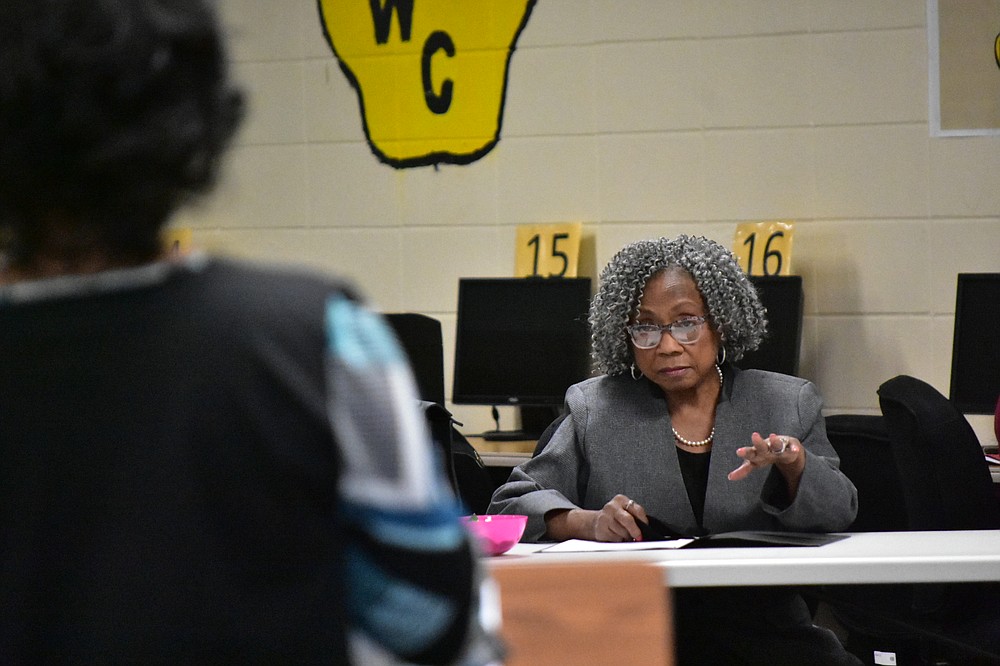