Punishment tied to censure over remark about colleague by Michael R. Wickline | February 11, 2021 at 7:16 a.m. 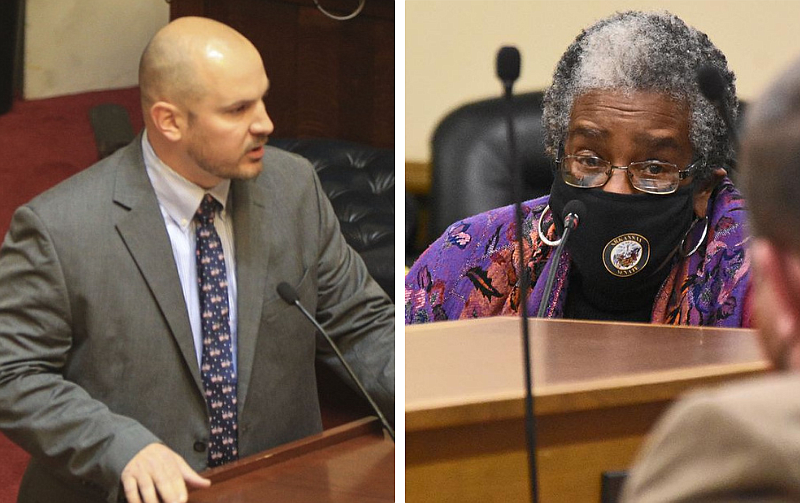 The Arkansas Senate on Wednesday voted to keep Sen. Stephanie Flowers, D-Pine Bluff, from participating in committee meetings for three days next week as punishment for a disparaging comment she made Tuesday about a fellow senator.

In a 25-4 vote without any debate, the Senate approved a motion by President Pro Tempore Jimmy Hickey, R-Texarkana, to require Flowers to forfeit her participation in Senate Judiciary Committee and Senate City, County and Local Affairs Committee meetings for three business days, from Monday through Wednesday.

"I also had already talked to Sen. Flowers about this," Hickey told senators.

On Tuesday, Flowers called Sen. Trent Garner a derogatory name before the Senate handily defeated a resolution that one of its sponsors said was aimed at commemorating the role Black people played in American history, though opponents said the resolution was partisan and included misinformation.

Later Tuesday, the Senate decided in a voice vote with a few dissenters to censure Flowers for calling Garner the derogatory name during debate on the resolution on Black history.

She called Garner "a dumbass" as he spoke from the well of the Senate about an unrelated resolution that he had sponsored. Flowers had interrupted Garner because he was not speaking on the resolution being debated.

Flowers is Black. Garner is white.

[Video not showing up above? Click here to watch » https://www.youtube.com/watch?v=e_WkflaD5dY]

Citing the Senate's authority under its rules and Article 5, Section 12, of the Arkansas Constitution, Hickey said he made his motion for the body to require that Flowers forfeit three days of participation in the committees "in conjunction with the censure penalty."

Sen. Clarke Tucker, D-Little Rock, asked Hickey whether Flowers knew that her microphone was on when she made her remark about Garner on Tuesday. Flowers was not present in the chamber because of her concerns about the coronavirus, and she was participating remotely using the Senate's livestreaming system.

Hickey said that was not part of his discussion with Flowers.

Twenty-three Senate Republicans and two Democrats -- Keith Ingram of West Memphis and Larry Teague of Nashville -- voted for Hickey's motion to require Flowers to forfeit three days of participation in the Senate committees.

Sen. Jonathan Dismang, R-Searcy, and Gary Stubblefield, R-Branch, were recorded as not voting on the motion. Sen. Jim Hendren, R-Sulphur Springs, was excused.

Garner said he decided to vote "present" on Hickey's motion because it wouldn't be a good precedent for him to vote on it.

"It's up to the Senate leadership to make a determination [on sanctions]. I had nothing to do with it," he said.

He said it was grossly inappropriate for Flowers to call him "a dumbass."

Flowers could not be reached for comment by telephone or email Wednesday afternoon.

As far as her forfeiting participation in Senate committees, Hickey said afterward, "I can't say she likes it, but she seems to understand."

He said he thought having Flowers forfeit one day of committee participation was too little, but having her forfeit a week was too much, so "I wound up in the middle."

Hickey said Flowers is his friend, but the Senate can't tolerate having a senator refer to a colleague in a derogatory way on the chamber's floor.

He said Senate legal counsel Steve Cook advised him that he doesn't recall the Senate censuring any member during the past 40 years. Cook confirmed that. Veteran House staff members don't recall the House censuring any of its members either, said House spokeswoman Cecillea Pond-Mayo.

In brief remarks after the Senate approved his motion, Hickey told senators: "I am not the boss. You all know that.

Hickey begged each senator to remember and try to do that "so that we can operate and proceed forward and get through this."

He said he knows the coronavirus pandemic has put an extra strain on everybody and that tempers are short, adding that it's to be expected.

Tuesday's incident was not the first time that Flowers' comments received widespread attention.

In March 2019, Hendren, who was the Senate president pro tempore at that time, quashed any thought about censuring Flowers over her angry remarks on a controversial stand-your-ground bill that failed to clear the Senate Judiciary Committee.

In that year's legislative session, Flowers' temper flared as she spoke in committee against legislation proposed by Sen. Bob Ballinger, R-Ozark, that would eliminate a "duty to retreat" from Arkansas' self-defense law.

Flowers had used several profanities and responded to an order to stop by the committee chairman, Sen. Alan Clark, R-Lonsdale, by asking, "What the hell are you going to do, shoot me?"

Flowers had directed part of her ire at Ballinger and Garner, and they subsequently used several Twitter posts to push back against Flowers' remarks.

Flowers' remarks were viewed more than 10 million times on the internet that week after the Senate Judiciary Committee meeting. 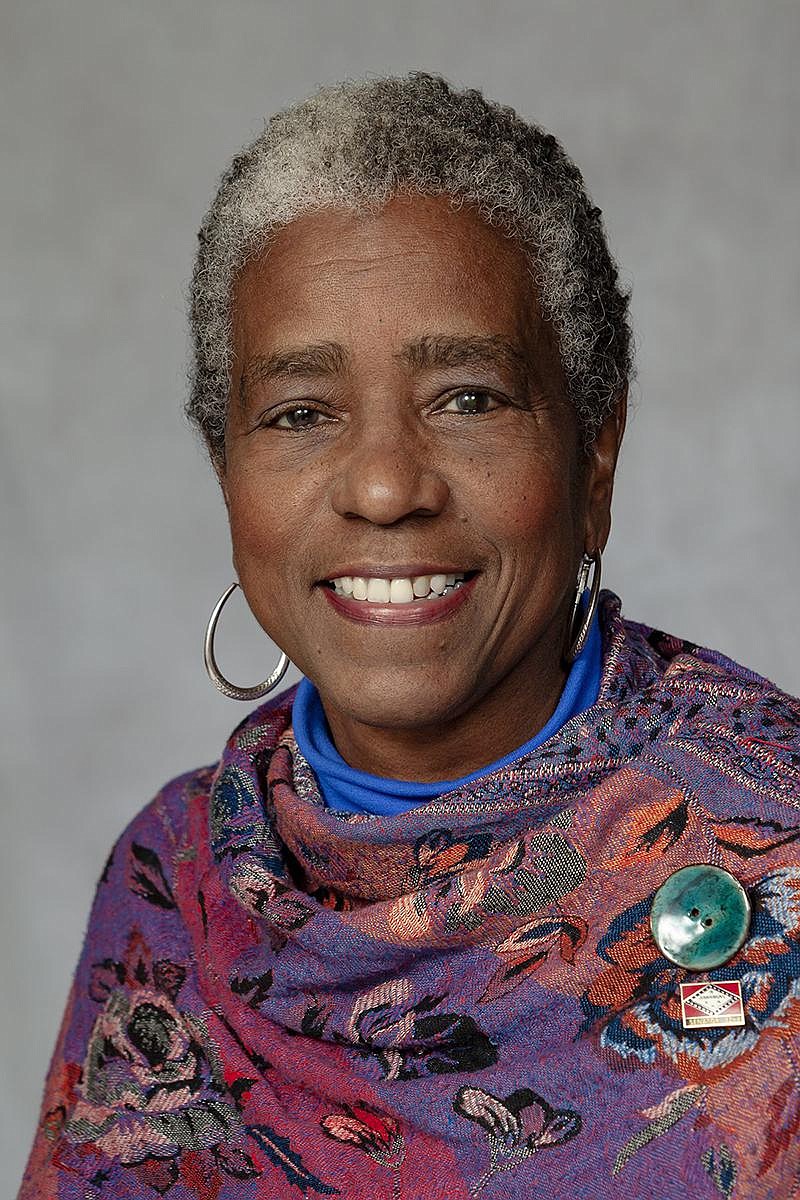 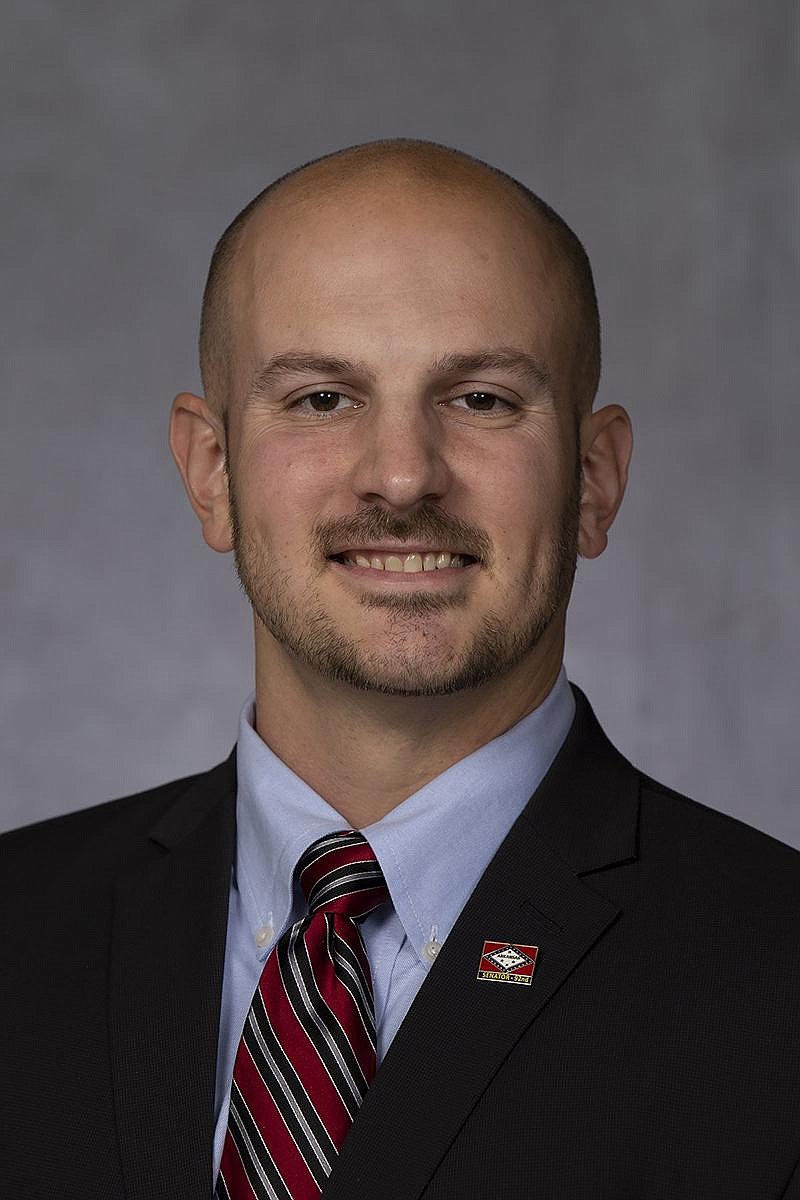 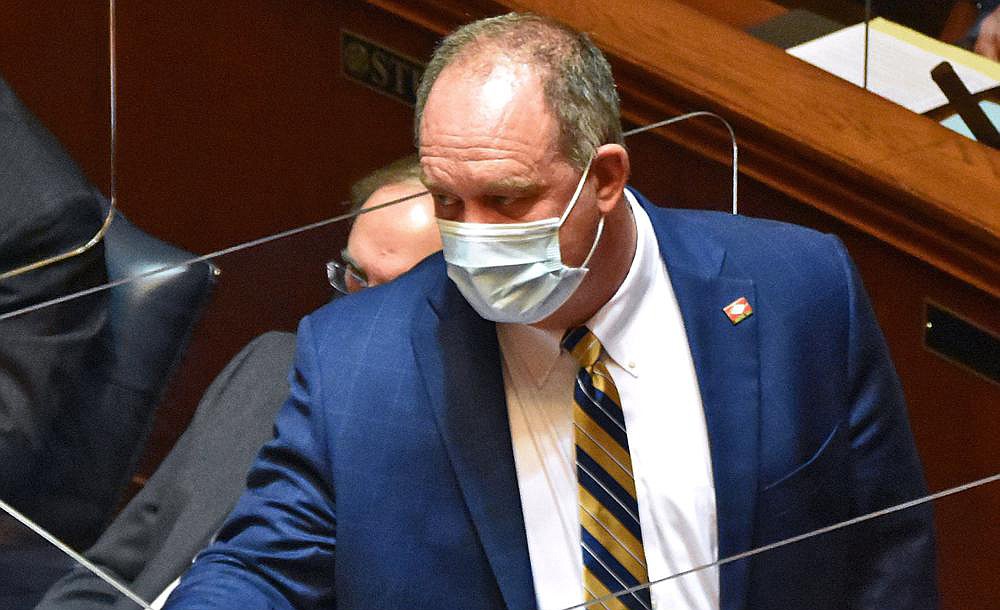