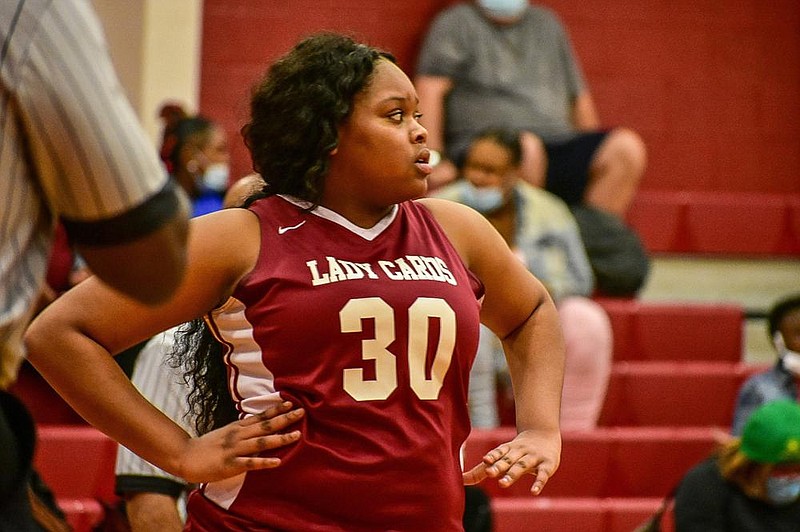 The Pine Bluff Zebras are pacing well in their 5A-South Conference race.

After coming back from a 36-day delay because of covid-19 issues, Pine Bluff on Tuesday won its ninth game in 18 days -- and its fourth game in the previous five days -- with a 73-38 home decision over Lake Hamilton to remain atop the conference. Pine Bluff knocked off Hot Springs 72-47 on the road Monday.

"We had great team effort on defense," Zebras Coach Billy Dixon said. "The guys were talking loud, active hands, the rotations were good and our energy level was high. Our goal was to improve our defensive effort and give other teammates an opportunity to play. We accomplished our goal by playing 14 players. This allowed our starters time to rest."

With five games remaining, the Zebras are catching a breather from their busy schedule before returning to action Friday at White Hall for a 7:30 p.m. tipoff, followed by rematch with third-place Lake Hamilton at 6:30 p.m. Saturday in Pearcy.

Emsweller scored 30 points and nearly reached a double-double with eight rebounds, helping the Wildcats (8-6, 7-2 in 4A-8) earn their sixth win in a row.

Watson Chapel will finish its regular season at home Friday against Warren. Tipoff is set for 7:30 p.m.

Dollarway won its seventh game in the past eight and will look to earn a regular-season sweep of DeWitt on the road today. Tipoff is set for approximately 6 p.m.

In Hot Springs, the Bulldogs (5-15, 1-8 in 5A-South) fell to their sixth consecutive loss and hope to break the slide Friday night at home against Pine Bluff.

Tatyana Barbee and Keyundra Sanders each scored five points for Watson Chapel, which is still a game ahead of Crossett for third place in the conference.

Watson Chapel has its regular-season finale at home against Warren at 6 p.m. Friday.

Dollarway's regular-season finale is today at DeWitt, with tipoff scheduled for 5 p.m.

Pine Bluff has games on back-to-back days this week, first at White Hall at 6 p.m. Friday and the rematch at Lake Hamilton at 5 p.m. Saturday.