Bolstered by ticket purchases for a $1 billion Mega Millions jackpot and a $730 million Powerball jackpot, the Arkansas Scholarship Lottery's revenue in January totaled $62.9 million to set a record for any month at the 11-year-old lottery.

The haul in January eclipsed the previous highs of $61.1 million in May and $58.7 million in January 2016, said Scott Hardin, a spokesman for the state Department of Finance and Administration, which oversees the lottery.

The lottery last month also raised $10.9 million for college scholarships, but that fell short of the record amount raised in any January -- and for that matter, the record for any month in the lottery's history -- $13.8 million in 2016, Hardin said.

In January 2016, ticket purchases were fueled by a $1.6 billion Powerball jackpot.

The lottery reported its January figures Wednesday in its monthly report to Gov. Asa Hutchinson and the Legislature's lottery oversight subcommittee.

It started selling tickets on Sept. 28, 2009, and has helped finance Arkansas Academic Challenge Scholarships for more than 30,000 students in each of the past 10 fiscal years.

"Limited entertainment options are one factor in driving sales, but we also believe we have rolled out an exciting roster of instant and draw games for our players," Hagler said in a written statement. Scratch-off tickets also are called instant tickets.

Lottery marketing and communications director Donna Bragg tweeted that the agency sold $1.5 million in Mega Millions tickets on Jan. 22 before that day's drawing, when a ticket purchased in Michigan matched all the numbers to win the $1 billion jackpot.

Fast-Play was the Arkansas lottery's third most popular draw game last month. Its revenue increased from $1.2 million a year ago to $2 million.

The $10.9 million that the lottery raised for scholarships last month beat the $8.2 million raised a year ago.

"Net proceeds is a complex figure but, in very general terms, it typically tracks sales -- but not always," Hagler said.

"For January 2021, strong sales were the overwhelming driver for delivering strong net proceeds."

During the first seven months of fiscal 2021, the lottery has raised $57.6 million for scholarships, an increase over the $42.7 million raised at the same time in fiscal 2020.

At the end of each fiscal year, the unclaimed prize fund balance minus $1 million is transferred to college scholarships.

For fiscal 2021, former lottery Director Bishop Woosley projected revenue at $465.8 million and the amount for scholarships at $78.2 million during what he called in May a "a great deal of uncertainty in the lottery world and the world in general."

Hagler said, "We anticipate exceeding budget, but our forecast continues to account for worldwide uncertainty regarding the post-pandemic environment."

Woosley attributed the drop in scholarship proceeds in fiscal 2020 to poor sales for Mega Millions and Powerball tickets.

The 2017 Legislature created the Workforce Challenge program to use excess lottery proceeds to provide up to $800 a year for students enrolled in programs that lead them to being qualified for high-demand occupations.

The 2019 Legislature created the lottery-financed Concurrent Challenge program. High school juniors and seniors are eligible to receive the scholarships for a semester or an academic year in which they are enrolled in an endorsed concurrent course or certificate program under certain conditions.

In advance of this year's regular session, Division of Higher Education Director Maria Markham has promoted the idea of creating a need-based scholarship program called Challenge Plus financed with excess lottery proceeds. Legislation to create the program hasn't been introduced yet. 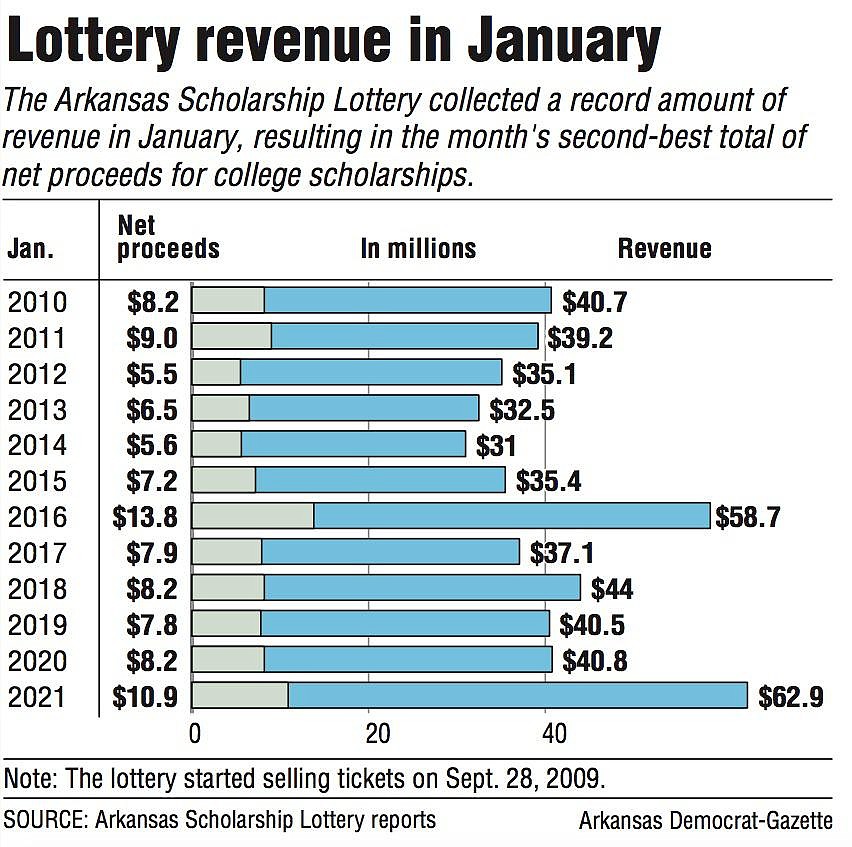