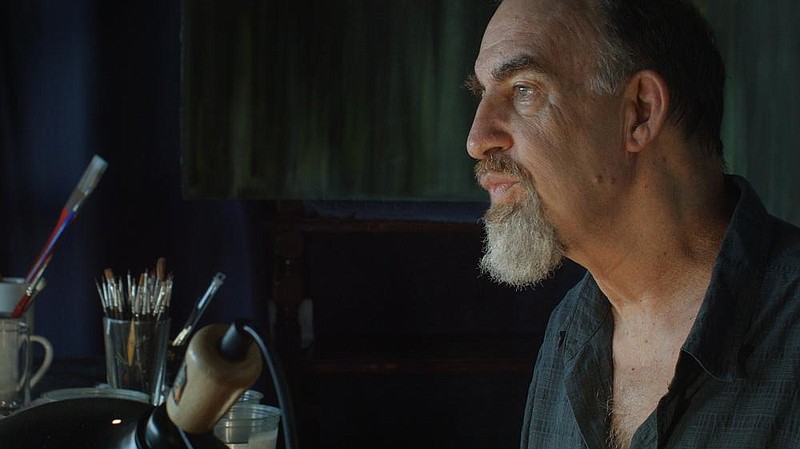 I was home alone and deep into "How to Cover Your Furniture," the mind-boggling fourth episode of the HBO Max series "How to With John Wilson," when I heard my wife drive up.

Her timing could not have been worse.

My mind raced. I felt my face turning red. I grabbed the remote, quickly shut the TV off and looked at her from the couch as she came inside and hung her keys by the door.

"What are you doing," she asked, more than a little suspiciously.

How could I tell her that I was simply watching a show about New Yorkers covering their furniture and this program somehow wound up in a place that was so mortifyingly weird, so eccentrically American, cringingly humorous and filled with so much full-frontal male nudity, complete with pulleys and string, that I automatically turned it off before she could catch me?

It was kind of hilarious. I couldn't stop laughing as I was trying to explain, which I think made her even more suspicious.

So I restarted the episode and we watched this wonderfully goofy thing together, thoroughly engrossed, bewildered and amazed by our fellow human beings.

"How to With John Wilson" is one of two shows on HBO Max with a host named John that offer refreshingly different television experiences. The other, "Painting With John," features musician-actor-visual artist John Lurie.

Neither of these programs follow any sort of hero's journey; there are no complicated protagonists, huge budgets, home renovations, elimination rounds or panel of C-list judges. Instead, they are low-budget vessels for the telling of often simple stories.

"How to ... ," which was filmed before the pandemic and debuted Oct. 23, is a six-episode series with Wilson, a documentary filmmaker, taking a specific theme -- building scaffolding, making risotto, improving memory, etc. -- and using rough footage as prompts of a sort to help illustrate the story. They are sort of like half-hour long video essays that I have enjoyed in small doses, one episode at a time when the mood strikes, instead of an all-out binge.

Wilson narrates in a nervous, reedy, made-for-public-radio manner that complements the sometimes shaky street images, which range from morbid and comedic to downright strange.

In the first episode, "How to Make Small Talk," he clumsily tries to connect with fellow New Yorkers and eventually ends up in Cancun, smack in the middle of MTV's Spring Break hedonism and its glorification of perfectly buffed youth. He befriends a slightly built, tattooed young man with a nose ring who has traveled there by himself to party and make friends but has ended up mostly alone. It's a little sad and very awkward.

In the memory episode, he travels to a gathering in Idaho of Mandela Effect enthusiasts and contemplates multiverses, the nature of reality and conspiracy theories. The scaffolding episode finds him at a convention of scaffolding suppliers and salesmen in New Orleans.

One conceit of the program, which has been renewed for a second season, is that Wilson is just sort of stumbling along and finding these wacky stories and characters. I'm not convinced that he is the innocent observer he seems to portray, but it's still quite an adventure to follow him down these mundane paths to the absurd.

Lurie was a staple of the '80s downtown New York art scene; he played harmonica and saxophone and, with his brother Evan, co-founded the Lounge Lizards, a long-running, free-jazz band. He's appeared in movies, including Jim Jarmusch's "Stranger Than Paradise" and "Down By Law," and had a role in the HBO series "Oz." He has written scores for films and TV (that's his music in "Painting With John") and was nominated for a Grammy for his theme to the 1995 film "Get Shorty."

In 1991, he hosted "Fishing With John" on Bravo and IFC in which he interviewed guests like Tom Waits and Willem Dafoe as they fished together.

He has been painting since the '70s and his work tends to be abstract, with primitive figures and lush vegetation that he often presents in cool blues and greens.

The six-episode "Painting With John," which debuted Jan. 22 and airs at 10 p.m. Fridays, is set at Lurie's Caribbean home and features scenes of the deep-voiced artist at a table, patiently hunched over a watercolor, applying spidery lines and little bursts of cool hues and liquid on what appears to be toned paper while telling stories or making observations.

His stories range from the one about how he almost blew himself up trying to light a gas stove, the time he battled with an eel that he'd hoped to photograph for an album cover and what it was like meeting Barry White. There are also remembrances of his parents' sweet, open-minded approach to nurturing creativity and musings on artistic intuition.

Lurie, who is a cancer survivor and has suffered from chronic Lyme disease, has a crusty, New Yorker vibe, sort of like his friend and fan, the late Anthony Bourdain. In the first episode, titled "Bob Ross Was Wrong," he makes a few grumpy comments about the happy trees and eternal optimism of TV painting instructor Ross that are pure gold for the series trailer soundbite, but Lurie recently told GQ "I'm not anti-Bob Ross ... I quite appreciate Bob Ross, in fact."

Unlike Ross, Lurie isn't providing painting instruction. He's just telling a story or two, working on a picture, rolling an old tire down a hill, pretending to be an elephant, filming a sunset and wondering what it all means. At the end of each episode several of his paintings are shown, which somehow seems more quaint than self-promotional.

It's a quiet, meandering, sometimes amusing, often comforting way to spend 20 minutes or so in front of the TV. 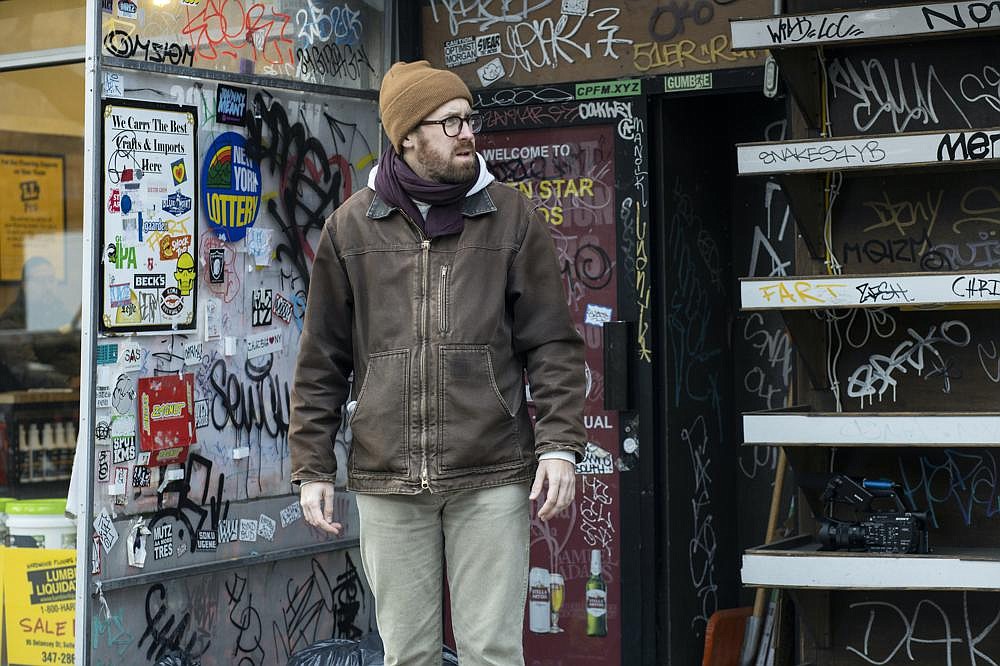