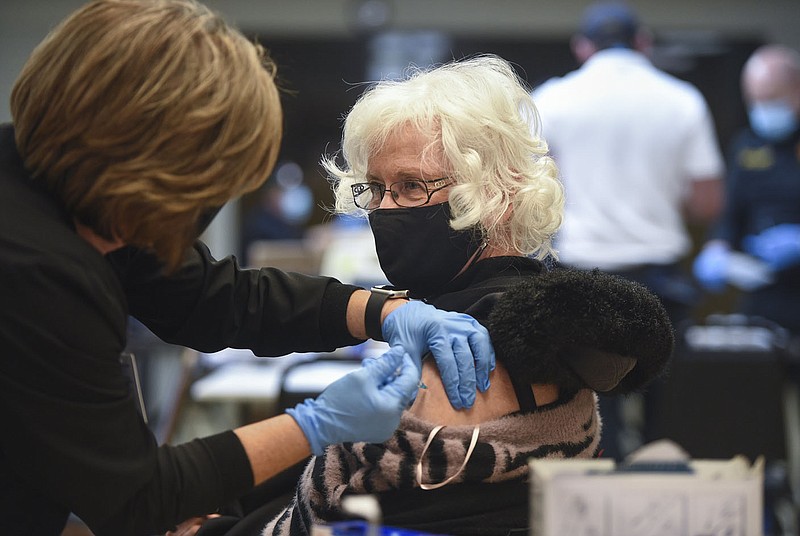 About 15,300 people in Benton and Washington counties are fully vaccinated against covid-19, while another 36,300 have received the first dose, according to the Arkansas Department of Health.

The two counties have a combined population of 384,234 residents 16 and older, so about 4% of that group have been fully vaccinated while about 9.5% are halfway there.

Inclement weather disrupted some scheduled vaccines in the area this week.

Community paramedics from the Bella Vista Fire Department were set to give 805 second doses to school staff and people 70 and older at vaccination events Wednesday through Friday. Wednesday’s event was canceled because of weather, and paramedics planned instead to vaccinate everyone Thursday and Friday, said Cassi Lapp, spokeswoman for the city. Northwest Health System also had to cancel a second dose vaccination clinic Wednesday, according to Christina Bull, spokeswoman.

More than 442,000 doses had been given in Arkansas as of Thursday, according to the Health Department. The data includes first and second doses.

School districts in the region began vaccinating employees about three weeks ago.

Springdale schools had vaccinated 1,575 employees onsite as of Feb. 5. The district employs 2,952.

Rogers Public Schools planned to complete 940 first doses and 244 second doses to faculty and staff by the end of the day Friday, according to Ashley Siwiec, spokeswoman for the district. The district has 2,063 employees and doesn’t track how many employees may have received vaccines elsewhere.

Bentonville Public Schools planned to complete 1,010 first doses and 500 second doses to employees by the end of the day Friday, according to Janet Schwanhausser, deputy superintendent. The district employs 2,364 people.

At least 1,200 of Fayettville’s t 1,460 employees have received their first dose. It’s unclear how many have received second doses as some vaccination events were disrupted because of weather, according to Alan Wilbourn, spokesman for the district.

Bentonville School District had 86 active cases as of Thursday, according to the Health Department. Rogers had 72 active cases, and Springdale had 68. Fayetteville had 28 active cases. Active cases are those that have not recovered or died.

Covid-19 cases in Northwest Arkansas increased about 1,000 in the past week, according to the Health Department.

Hospitals in Northwest Arkansas had a combined total of 62 patients in their covid-19 units as of Thursday, two more than a week before, according to a joint statement from the region’s largest health care organizations via Martine Pollard, spokeswoman for Mercy Health System. Hospitalizations in the region have decreased over the past several weeks after reaching a record with 140 patients at one time on Jan. 8.

Both antigen tests and polymerase chain reaction, or PCR tests are used to test for covid-19. Antigen tests produce faster results, are generally only used on people with symptoms of the virus and have a higher chance of giving false-negative results. Antigen and most PCR tests are done via nasal swabs.

Groups of residents in Phase 1-B who aren’t yet be eligible to receive the vaccine include food and agricultural workers, manufacturing workers, public transportation workers, U.S. Postal Service workers and essential government workers. Phase 1-C, which the state expects to be able to begin receiving vaccines in April, includes people age 65-69, people age 16-64 with high-risk medical conditions and people who work in transportation and logistics, water and wastewater, food service, shelter and housing, information technology, communications, energy, media, public safety and public health. 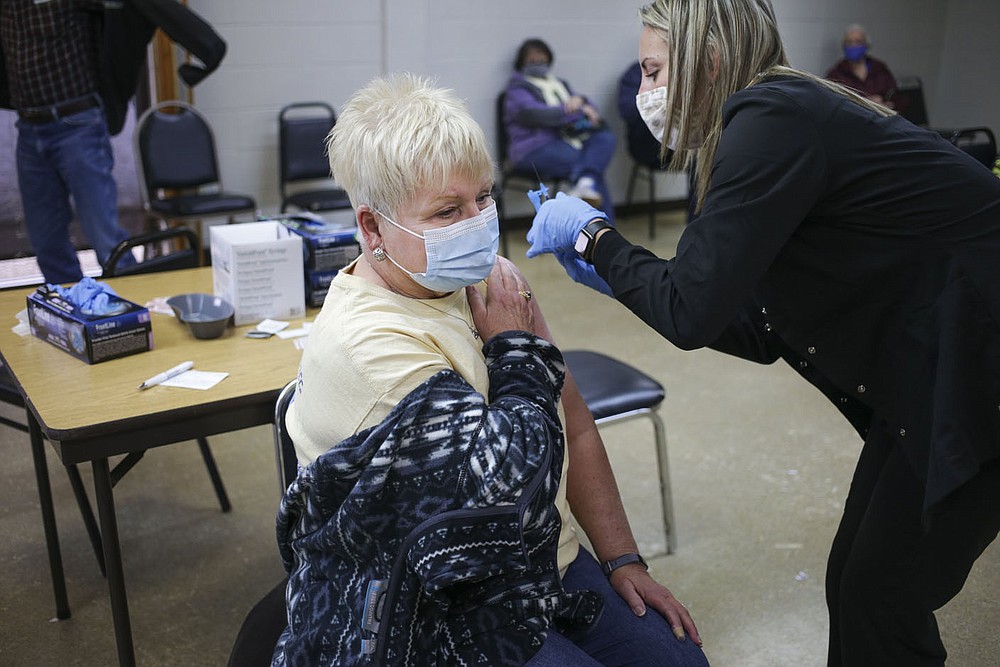